First Ever Review and Install of Dakota Digital HDX Gauges

Dakota Digital HDX gauges started shipping this week, and we were lucky enough to get our hands on a set for review. After Dakota Digital announced the release of the HDX gauges back in July, we knew we wanted to get a set to install, test, and review.

To get some more information we called up Scott Johnson of Dakota Digital. “The HDX Series is a complete new product line, developed from the concept stages up through a finished product. The ultimate goal was to create a product family which provides the latest in technology, offers many additional features beyond the scope of VHX Series, and allows for a great deal of customization. While the HDX Series shares some architecture of the already popular and proven VHX Series, the changes are far more than skin deep,” explained Scott. HDX vs. VHX: Side By Side Comparison HDX on the left, VHX on the right.

One of the biggest visual changes is a new, improved, and larger display center. In previous versions, these were two small read outs, where now it’s large and right in the middle of the gauges for easy reading and more information. Another change is the addition of the buttons built into the display like a modern car, where previous versions the buttons were remotely mounted – it’s simple and clean now. 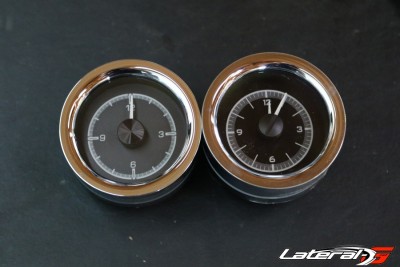 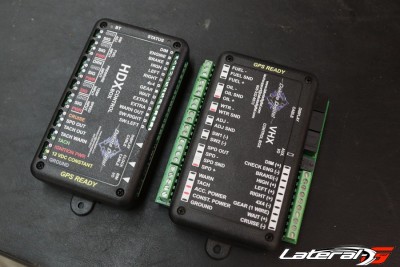 The needles also received a basic face lift as well. On the VHX gauges they were a basic needle that lit up at night. Now the base of the needles have a nice spun aluminum cap, a little bit fancier than the VHX needles.

Upgrades Of The HDX Series Over The VHX Series

Installing these gauges is exactly the same as the VHX series. Using the supplied water temperature, oil pressure and speed sending units along with the supplied wiring harnesses. Everything needed for installation is included in the box!

Along with those sending units, we then tied into the factory wiring: hot, hot in run, ground, left and right turn signals, high beams, etc. For a more thorough step-by-step installation, check out an installation we did on a ’65 Chevelle.

And Then There Was Light!

After getting the new gauges popped in and turning the key is when you really see the difference between the VHX and HDX series. The center display in the VHX is a rather basic display, no frills or flair. With the HDX gauges the massive display works and looks exactly like something you’d find in a new Camaro – full of color and endless options.

Besides the new display center, the other biggest upgrade from the VHX gauges is the color and tons of it! With the VHX series the color of the lighting was preset – red, white or blue. If you wanted pink or green, you were out of luck. That’s not the case anymore with full customization options. There are twelve preset color options right out of the box to choose from. 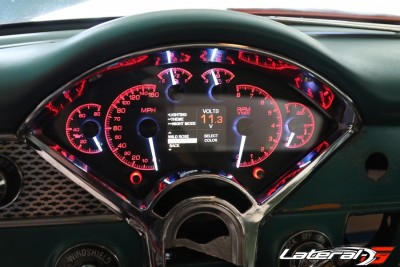 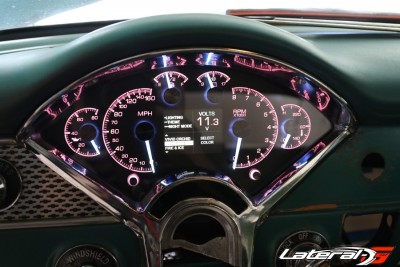 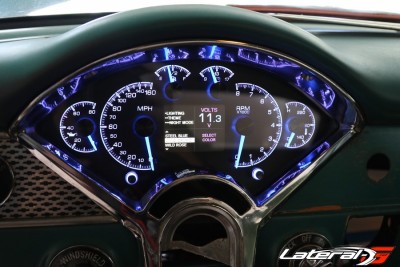 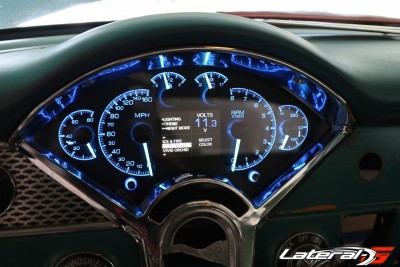 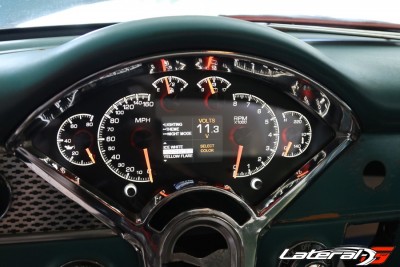 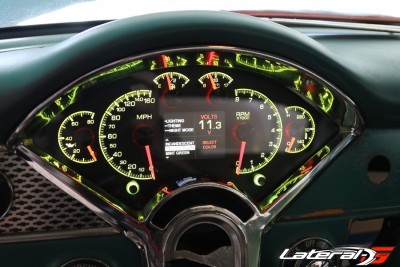 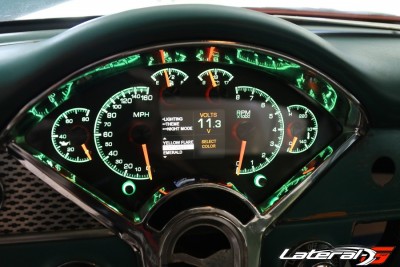 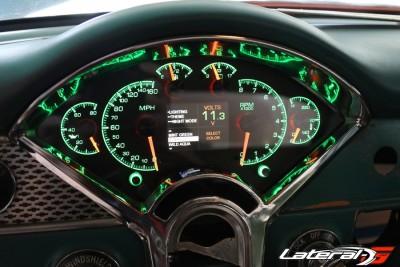 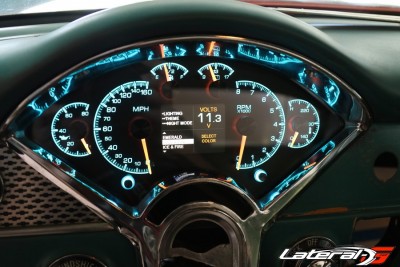 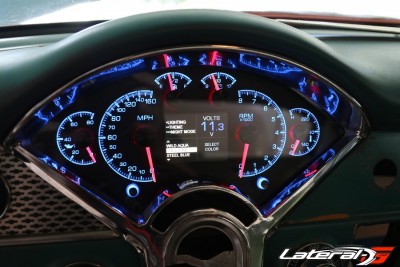 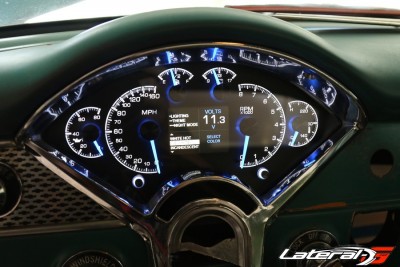 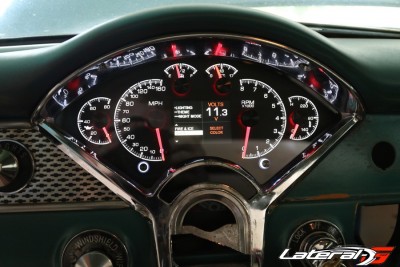 If those twelve options just aren’t enough for you, you’re in luck. You can easily go into the set up menu and change the color of the face and the needles independently of each other. In total, there are over 1,000 color options to choose from. The HDX gauges allow you to choose from 32 different face colors, and 32 different different needle colors. The differences don’t stop there when comparing the HDX and VHX gauges. There are some nice upgrades that are thrown in as well, such as red warning lights in the water temp, oil pressure, tachometer and fuel level. These red warning lights are all programmable inside the set up. Another nice feature added is a little speaker that clicks during set up or can be used as an audible warning in addition to the red warning lights.

The cherry on top of the HDX gauges is the HLC clock that sits on the passenger side of the dash. Naturally, the face color, font and overall style matches the main gauges. The best part is that when you’re choosing from the 1,000 different color combinations, the HLC clock is changing right along with them. The clock is attached with a provided cable and sets the time based off the time on the gauges automatically.

For more information, pricing or to see what applications they have available hop on the Dakota Digital website or give them a call at (800) 593-4160!

Everything needed for installation is included in the box!

HDX on the left, VHX on the right.