What a difference a day makes! Especially when it rains at a car show. Apparently on Saturday, the Goodguys 26th Autumn Get-Together show was busy as usual. The same couldn’t be said for Sunday, the only day I could make it to the show.

I knew in advance that it was going to rain. The weather prognosticators were finally correct. It was raining when I got up. I packed my camera and headed out the door anyway. As broadcast, the rain cleared up on my way to the Pleasanton fairgrounds. When I arrived, the parking lot was desolate. The swap meet was surprisingly full and people were looking for good deals. I walked straight to the autocross course and the staff was blowing the course dry with leaf blowers. It was the only time I didn’t mind hearing them wheezing away. The autocross parking lot was pretty light on cars. Only the diehards showed up to have a good time. It was going to be a while before the track was dry, so I went looking for cars in the car show. I found a great collection of big rigs in one of the buildings. It’s obvious that truckers take pride in their big hot rods. Of the trucks, I spent most of my time checking out my Cousin Erick Witham’s auto transport that was filled with a load of hot rods and custom cars.

While milling around the show, it was absurdly obvious that I picked the wrong day to attend. The grass areas were empty and the asphalt areas were almost as bad. But there were plenty of cool car guys and gals that were there to have a good time.

I found a few standout cars in the show. One of my favorite vehicles was the badass Big Shed Customs truck from Australia! I’d never seen anything like it. Good thing the owners were hanging around answering questions, or I wouldn’t have known that it was not an Aussie truck. It was actually a scratch-built truck. The metalwork was amazing. The owners shipped the truck to the US in order to have some fun with it in the States. It’s powered by a small block Ford 302 EFI Mustang engine backed by an overdrive automatic transmission. 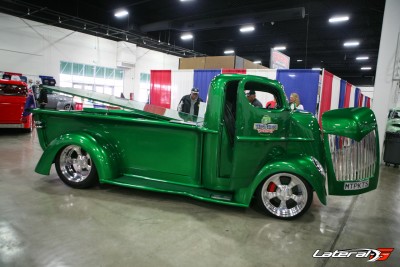 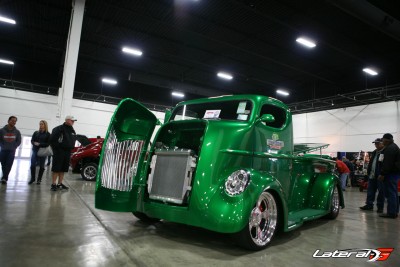 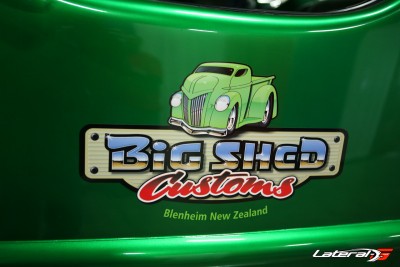 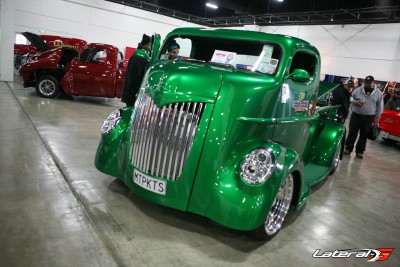 I found a couple of supercharged first-gen Camaros that drew my attention. There’s just something so right about a Camaro with a 6-71 roots-type blower sticking out of the engine compartment. One of the owners said that he had an interesting and fun drive I the rain on his way to the event. He said something about very little traction and lots of sliding around.

There was still a good mix of cars that showed up. The cool patina’d straight-axle ’56 Chevy caught my eye. He said that rain wasn’t going to stop him from coming out.

While checking out the cars, I heard the autocross start up. I hoofed it to the course and started shooting! Cars, that is.

The cars and trucks got plenty of runs throughout the day. A few people got a little confused by the slightly washed (and blown) away chalk lines and got of course. It was all good though.

Brian Hobaugh, Mike Maier, and (Nova) were probably the fastest ones around the course. Many other regulars were taking advantage of the low turnout of autocrossers. Most of the cars actually had skilled drivers.

Brian Hobaugh won the Pro Class in his badass ’65 Vette with a 58.902 and Evan Dalley won the Shootout in his little ’63 Nova with TCI chassis upgrades. 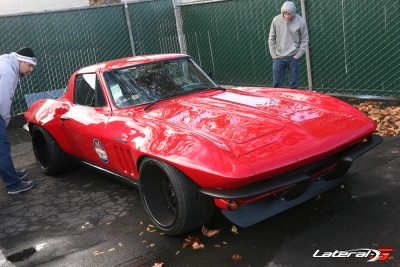 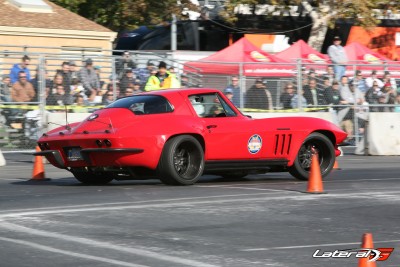 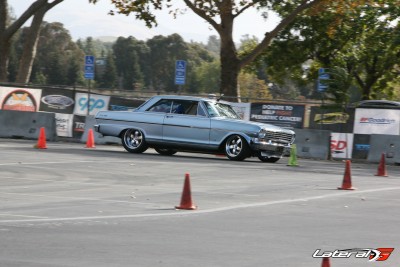 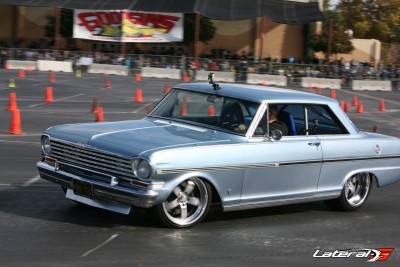 Overall, it was the Goodguys autocross that saved the weekend, even though I was a day late for the bulk of the cars and events. See you there on Saturday next time!