We always find it interesting to hear the backstory of how some of our favorite automotive companies got their start. Some companies almost fell into their current product line up and some have evolved time and time again. Recently we were on the Baer brakes website and came across the history of Baer brakes and thought we’d share it with you. Sit back and enjoy the read!

The History Of Baer Brakes

Like others before him, Hal Baer wasn’t born making high performance brakes. Ed Iskenderian didn’t invent the camshaft, nor did Vic Edelbrock invent the aluminum intake manifold, but all brought innovation, dedication, and most importantly high quality, race-leading, affordable products that dramatically changed the high-performance aftermarket. In fact, in 2007, Baer was recognized by Hot Rod Magazine as one of Twenty Companies that Changed the World. 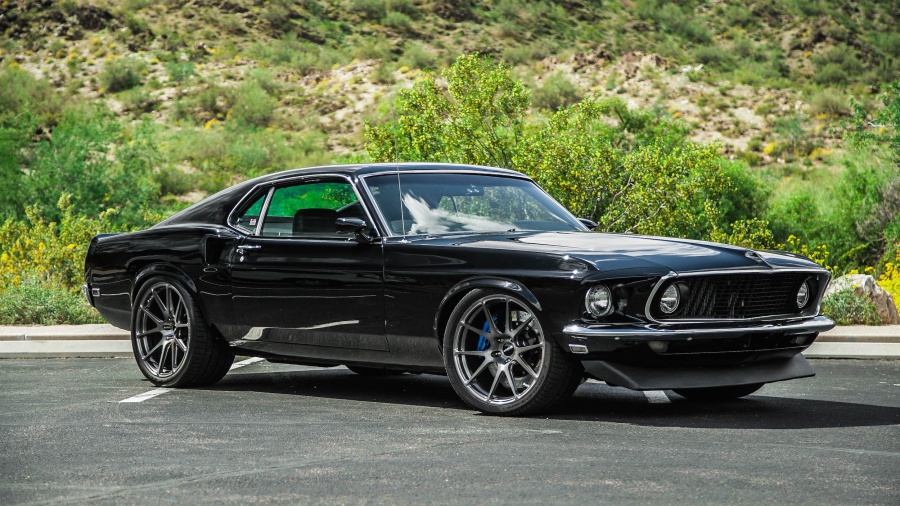 So, like all overnight success stories, Baer Brakes was twenty years in the making. Hal was one of millions of kids growing up in the late 60’s and early 70’s right along with the American Muscle car boom. He dove deeper than most, buying parts, learning on his own, and working on a series of Mustangs all while earning a living painting houses and modifying the occasional car in his native Arizona.

He informally drag raced the Mustangs right out of high school becoming an early adopter of nitrous oxide garnering a reputation for building cars that ran way better than they looked. Within a few years he decided to try road racing with his ‘69 Mustang building something that hadn’t been seen before. It was an unusual mix for the time, a car that went quick in a straight line, but also could now turn and stop better.

In 1985, Baer made a life-changing decision to move to Dallas, Texas where he had a core group of friends. To pay the bills, Hal and his small team installed parts, worked on muscle car restorations and helped their small customer base with suspension set-ups; roll bar/cage installations, and increasingly complex fabrication. Whatever the business that came through the doors, the goal remained the same, go racing. And that meant IMSA Firehawk, Escort Endurance Challenge, Corvette Challenge and World Challenge. That is how this smallish new business became Baer Racing.

Through a series of relationships, breakthrough’s and lady luck, Hal was hired by Ford to do developmental mule work on a series of Ford-supplied vehicles including an early production version of the 1987 Mustang.

More breakthroughs and more road racing began to unfold ultimately winding up with an entry (a ’91 Foxbody Mustang based Saleen SC) in SCCA’s World Challenge in 1992. The driver? Boris Said III – the king of carving up twisty tracks. At the time, Corvettes (and their new large front brakes) were major players in the class. Back when Baer had run Firehawk and the Escort Endurance Challenge, it had become clear the that the Foxbody Mustang’s cast iron calipers and tiny rotors were insufficient in slowing at race speeds, Hal, ever the hot rodder, adapted the Corvette C4 brakes (manufactured by Australia’s PBR at the time) as well as aftermarket Brembo calipers onto the Saleen SC. With Said driving and sponsorship from Blue Blocker sunglasses, the car began to dominate. The brakes made all the difference. Baer Brakes was born.

A calculated move back to Phoenix, AZ in 1993 accelerated the company’s success as it moved into full production on brake systems, not ‘kits’, as the complete systems approach allows the customer to easily replicate Baer’s track and street success. Baer also phased out managing race teams and schedules and focused on manufacturers including GM, Ford and Volvo, along with skunk works operations like Gulstrand, Metalcrafters, and the Archer Bros. With their convenient Arizona proving ground operations along with producing specialized vehicles like the Bondurant School cars, Shelby Mustangs and Chip Foose customs – things got real busy real fast for Hal and his wife Gabi.

Hal and Baer Brakes had the solution. Baer was at the forefront of the movement and were the first manufacturer to offer high quality, handsome looking big brake kits for the Detroit’s latest offerings as well as the hot rod and muscle car market. It didn’t matter what the make was, Baer offered a kit for it. Through rapid growth, extensive R&D and their American based manufacturing, Baer Brakes began to clearly emerge as the industry leader.

The aftermarket industry then adopted the term big brake kit (BBK) as standard for a brake upgrade package that included larger diameter rotors, and improved calipers along with some of the associated parts needed for the conversions. Then came the new millennium and the beginning of the Pro-Touring explosion.

Baer products proved you can have show and go. From the early days, R.J. Gottlieb’s Big Red Camaro has been equipped with Baer 6-piston brakes and no wonder as only Baer has offered forged mono-block calipers, the kind used for NASCAR, LeMans and Sebring, for American muscle cars. Made from 2618 the same alloy used in high end racing pistons, Baer’s mono-block calipers are one piece, not two halves bolted together, for far greater stiffness and strength at temperatures where 6061 and 7075 can’t go.

When multiple builders followed the path Hal had blazed with his black ’69 Mustang, developing road race-worthy Camaros, Challengers and Mustangs for the One-Lap of America, the phrase “Pro-Touring” entered the aftermarket lexicon and Baer Brakes market share was about to explode. In addressing a better-handling, better performing American muscle car to move beyond the Pro Street beasts of the 19th century, the new Pro-Touring movement gathered so much steam it eventually became the new landscape of hot rodding. Baer’s proven methods of bigger, better brakes and superior craftsmanship put them on the minds of younger and established builders seeking show awards but more importantly, performance and handling. Baer had the supply necessary to meet the new demand.

The now-standard red caliper was introduced by Baer as were drilled, slotted and zinc-washed rotors with lightweight aluminum hats. Baer ‘s Custom Shop was the first to offer thousands of custom colors and specialized coatings like electroless nickel as well as custom milled logo’s like those used by Chip Foose, Detroit Speed, Gooslby Customs, Greening Auto, Pure Vision, The Roadster Shop, the Ringbrothers, and dozens more. Baer equipped cars continue to dominate the Riddler competition and Great 8 as well as Street Machine of the Year, the Optima Challenge and GoodGuys Auto-Cross series. Through the 90’s,

2000’s and today, Baer has continued to innovate, developing a full line of brake upgrades like the Sport and EradiSpeed rotors to systems ranging from affordable four piston S4’s through the king of the hill mono-block XTR as well as the massive GR6 Grizzly which fits a large range of domestic cars, trucks and Jeeps with factory 15” wheels through 22’s and beyond.

You will find Baer Brakes on nearly every prominent car in hot rodding, Pro-Touring and of course at auto-cross events and on the racetrack where this entire journey began. Baer brakes – track tested performance, engineered and priced for hot rodders and racers of all genres.