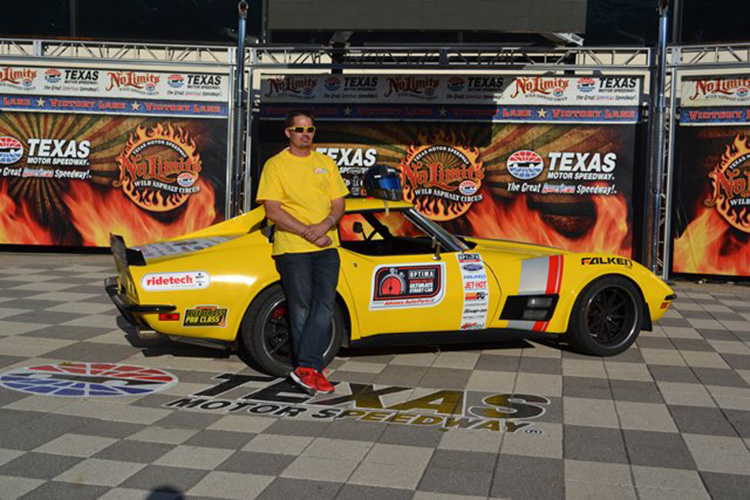 A tired yet excited Chris Smith with the RideTech 48 Hour Corvette in Texas’ Winner’s Circle!

In keeping with our original intentions, we have thrashed the 48 Hour Corvette since its birth a mere 14 days ago. This weekend at the Optima Ultimate Street Car event in Ft. Worth Texas we were rewarded with our first WIN!

Smitty had this to say about the results: “Obviously we are thrilled with this win! Although it has come early in the season, it is the result of years of collective experience, months of planning, and at this point, several weeks of intense physical work to get this car built and sorted out. I can’t say enough about the kickass performance of the Lingenfelter power, the grip of the Falken tires, the stopping power of the Baer brakes, and the handling of the RideTech suspension!”

RideTech President and 48 Hour Corvette owner Bret Voelkel commented: “The cooperation of all the suppliers for the 48 Hour project AND the performance of their products has been stunning. I am so proud of the team of people that has worked towards this goal. AND…this project has only just begun…we hope to repeat this winning performance many times over the summer!”

In addition to the 48 Hour Corvette, the RideTech 69 Mustang was also in serious competition for GTV class honors. Bret was able to run 2nd in the Speed Stop, 3rd in the road course, and 5th in the autocross to end up with a 9th place overall finish. A failed fuel pump relay prevented completing the road rally segment and a potential 2nd place overall finish. Bret commented on the performance of the Mustang: “It’s been awhile since I’ve driven this old girl…it felt really good to get back into an air suspension car. We’ve got a few refinements to make and this thing will be super competitive!”

The next outing for both cars will be the Goodguys autocross in Raleigh, NC on April 17-19. For more information on these cars and the components in them, go here: (48 Hour Corvette) (69 Mustang) 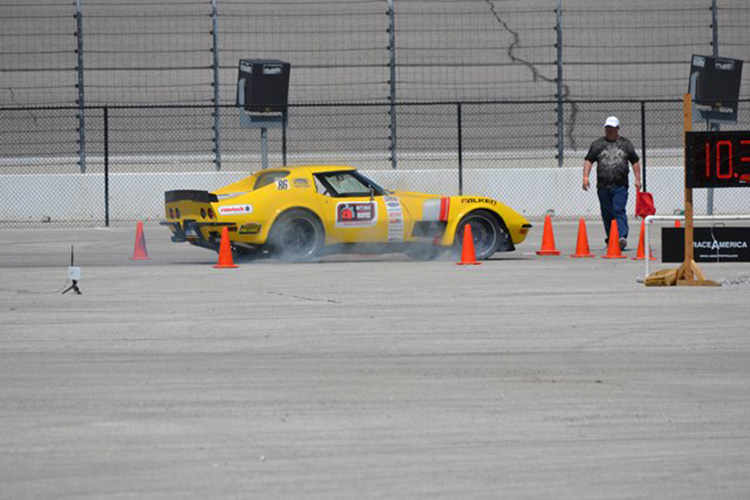 The RideTech Suspension, Falken Tires, & Baer Brakes doing their jobs as the 1st place position is captured in the Speed Stop Challenge. 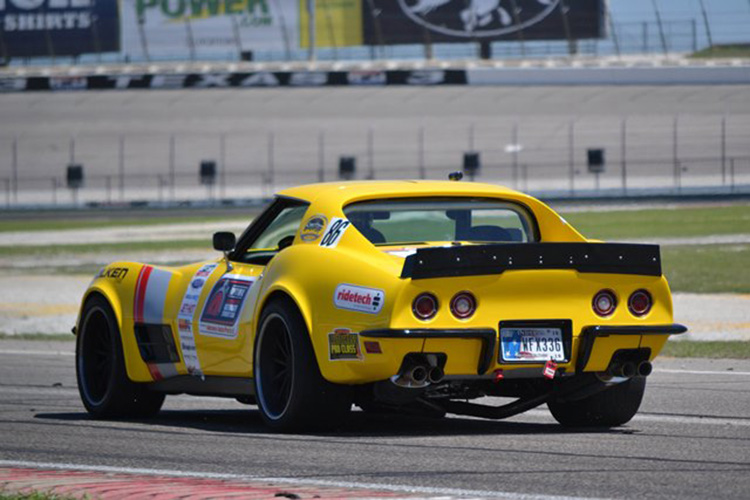 The same shot most of the competitors had of the RideTech 48 Hour Corvette on the Texas road course. 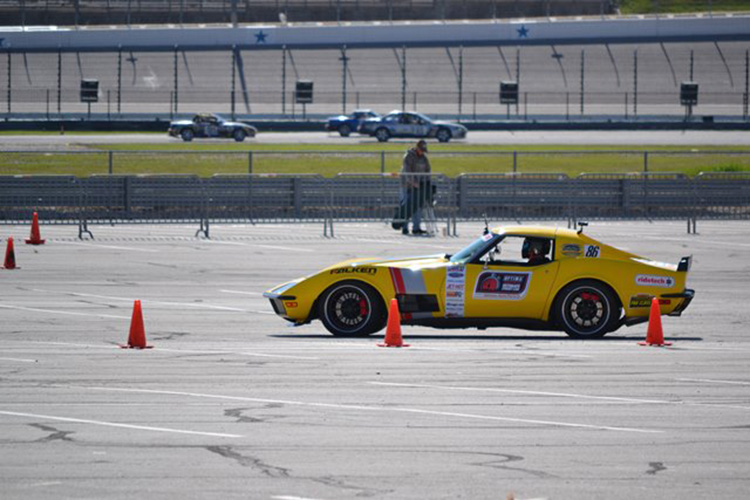 With chump cars in the background, the RideTech 48 Hour Corvette wasn’t about to be the chump on the Autocross. 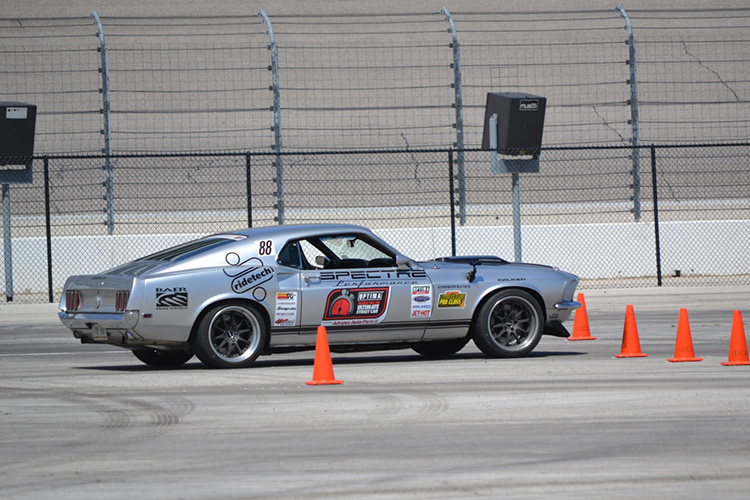 Bret Voelkel attacking the Speed Stop in the RideTech 69 Mustang. 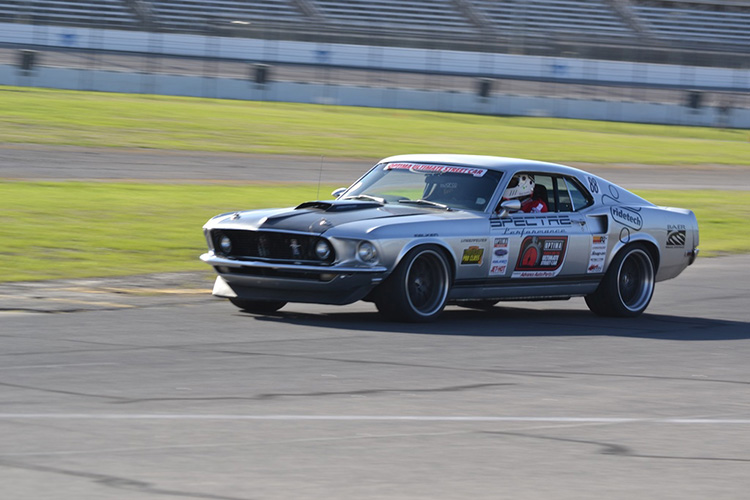 Bret proving all the Air Suspension naysayers wrong as the Mustang lays down the 3rd fastest Hot Lap time! 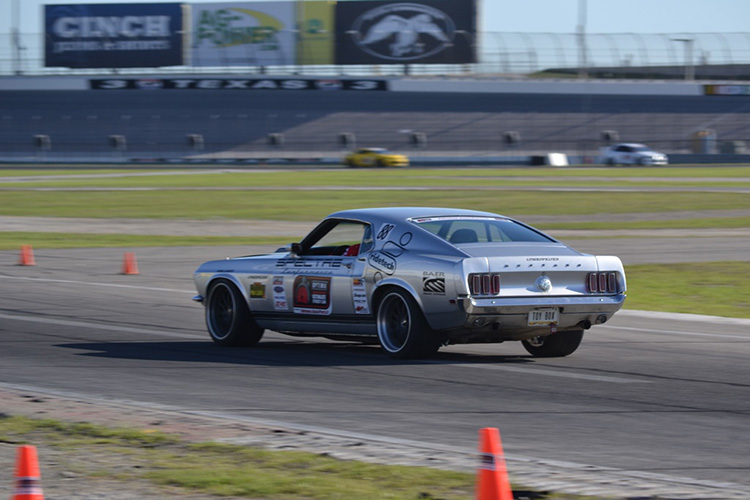 Even with the years of track time under it’s belt, the RideTech 69 Mustang is one of the meanest looking cars on the track. 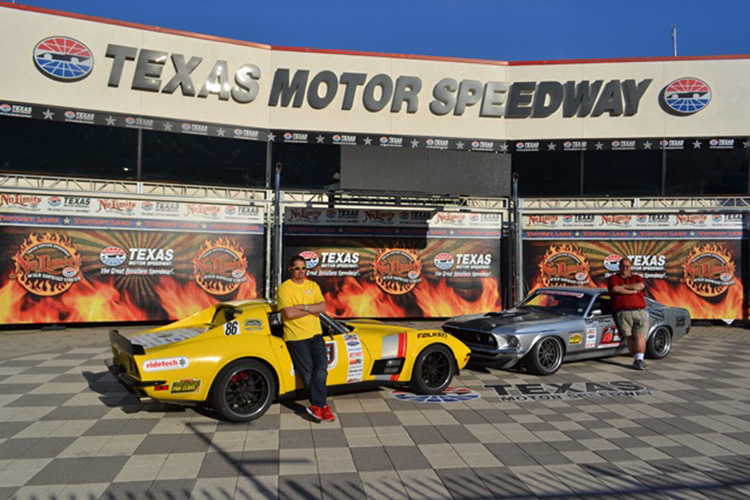 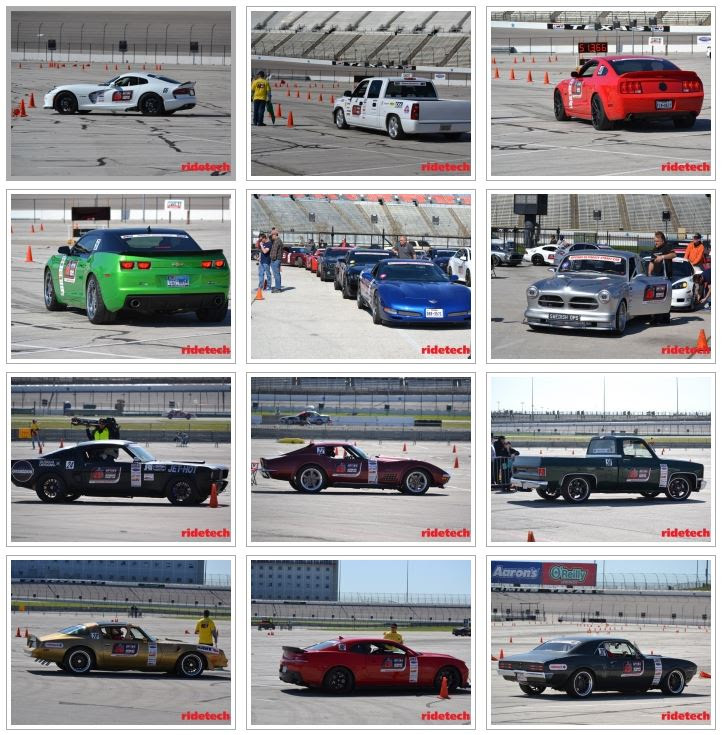