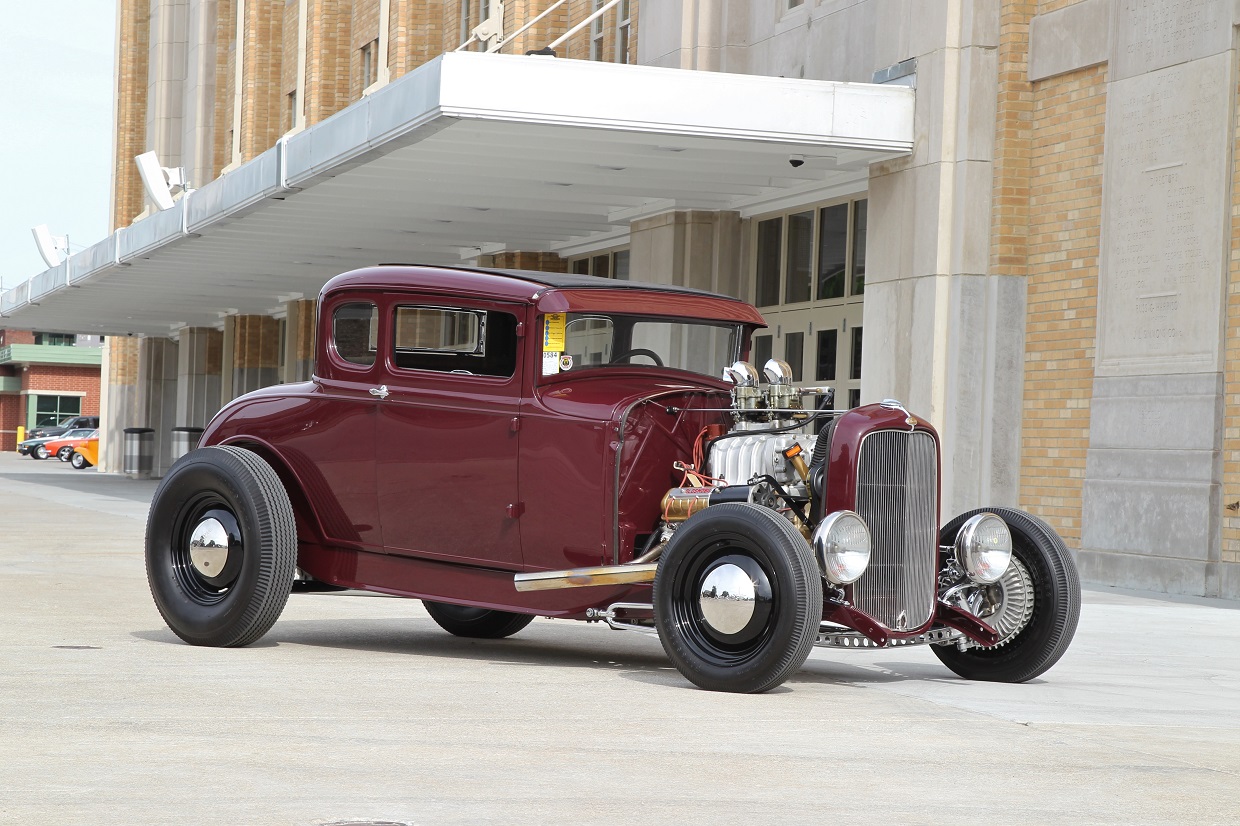 Indianapolis, IN – Tony Lombardi’s supercharged 1930 Model A Ford from Niles, Ohio won the Goodguys 2014 Tank’s Hot Rod of the Year award last weekend at the Indiana State Fairgrounds. The criteria is unique in that it’s the only major Goodguys Top 12 award which requires participants to drive on a 100-mile reliability run as well as an 1/8th mile blast down the drag strip.

Lombardi’s A-Bone, built by Hilton’s Hot Rods, was more than up to the task having already been driven from Ohio to Texas earlier this year. Not only did the potent little coupe handle the drive with ease, it blasted down Lucas Oil Raceway @ Indianapolis with an elapsed time of 9.316 seconds – the third fastest ET of the day.

What really grabs your attention however, is the 371ci blown Oldsmobile Rocket 88 engine, built in- house by Lombardi’s Ross Racing engines. It features a Dyer’s 4-71 blower atop a Cragar intake with 94-series carbs. With no hood or hood sides on the car, the motor just reaches out and demands attention. A Tremec T-5 transmission and Winter’s quick change rear end insure a sporty drive and spirited stop light sprints.

The black leather interior suits the car perfectly. Stitched by Mike Sholly, the cabin is comfortable yet all business with a custom bench seat. The dash (out of a Pierce Arrow) neatly houses the Stewart Warner gauges. At the ready is a Hurst shifter and Schroeder steering wheel.

Lombardi named the car “Little Miss Che-Vious” after his 15 year old daughter Julia – a straight-A student. She was his trusty passenger on the car’s 3,000-mile maiden voyage earlier this spring.

For winning the Hot Rod of the Year award, not only does Lombardi get yearly bragging rights, he’ll be one of the Top 12 featured cars of the Goodguys event season. He’ll receive a custom toolbox from Snap-on as well as travel accommodations to the season-ending Goodguys 17th Southwest Nationals November 14-16 at Westworld, in Scottsdale, Arizona. Nobody would be surprised if this Hot Rod was DRIVEN out west! 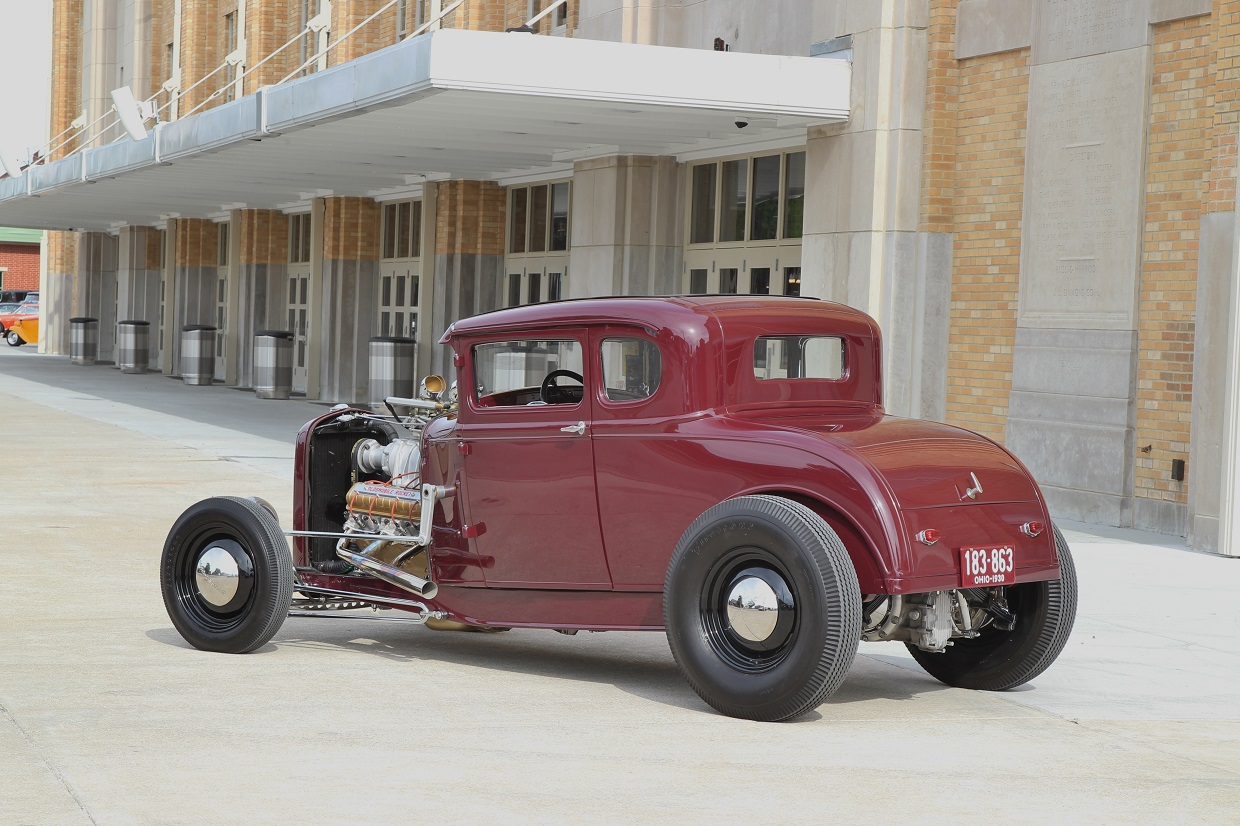 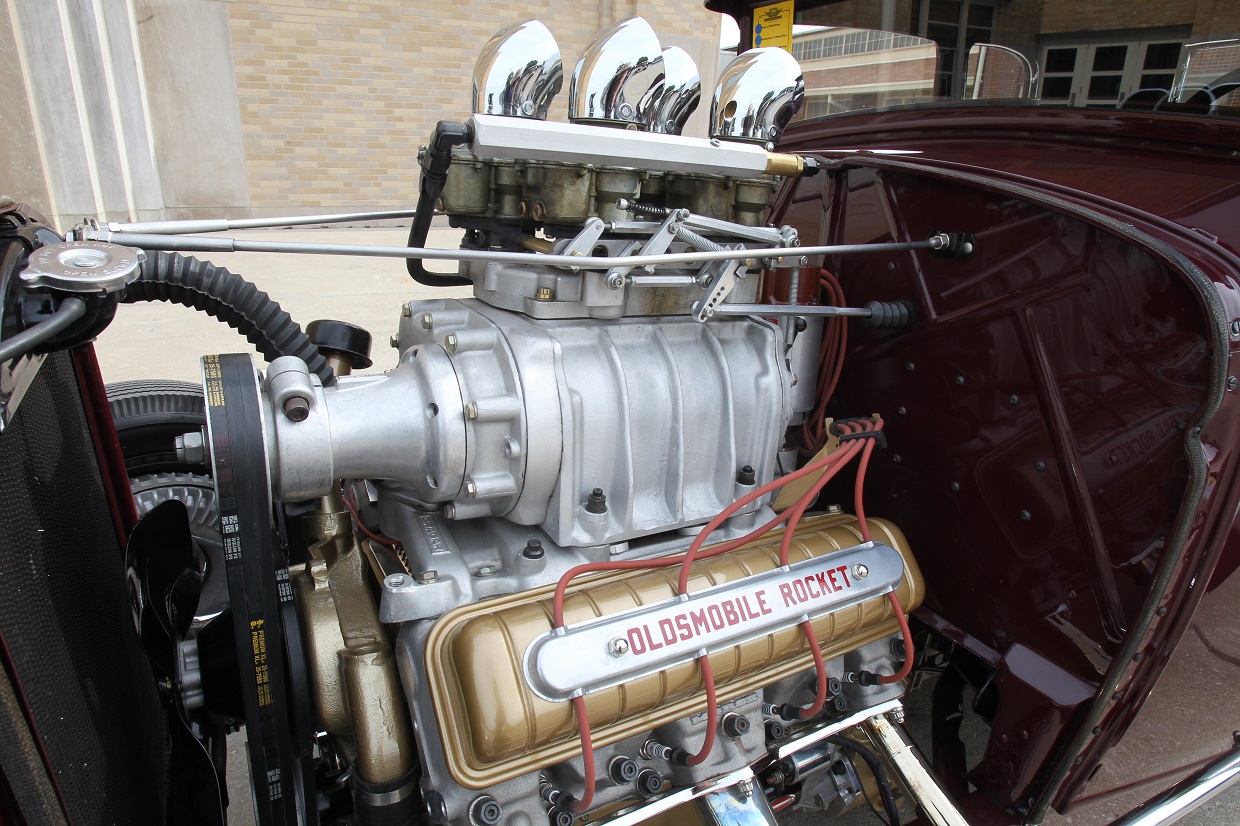 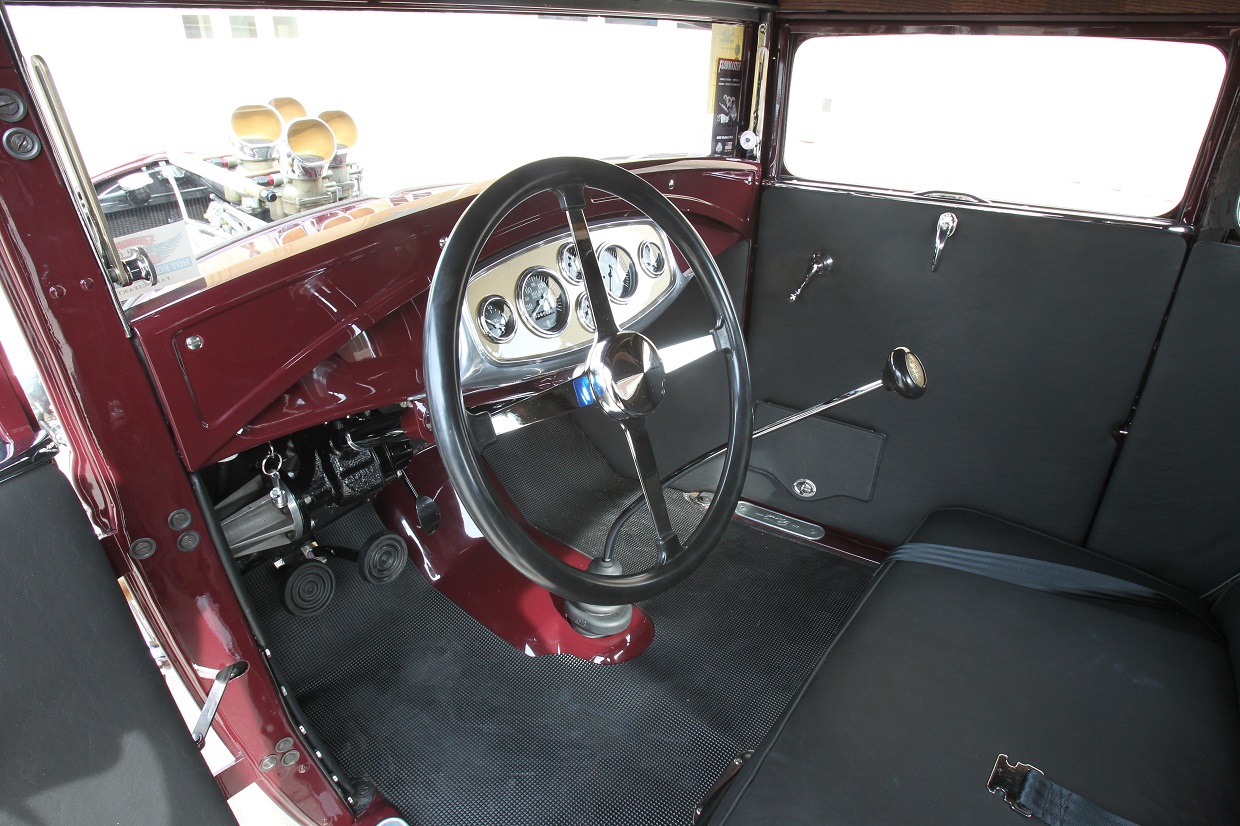 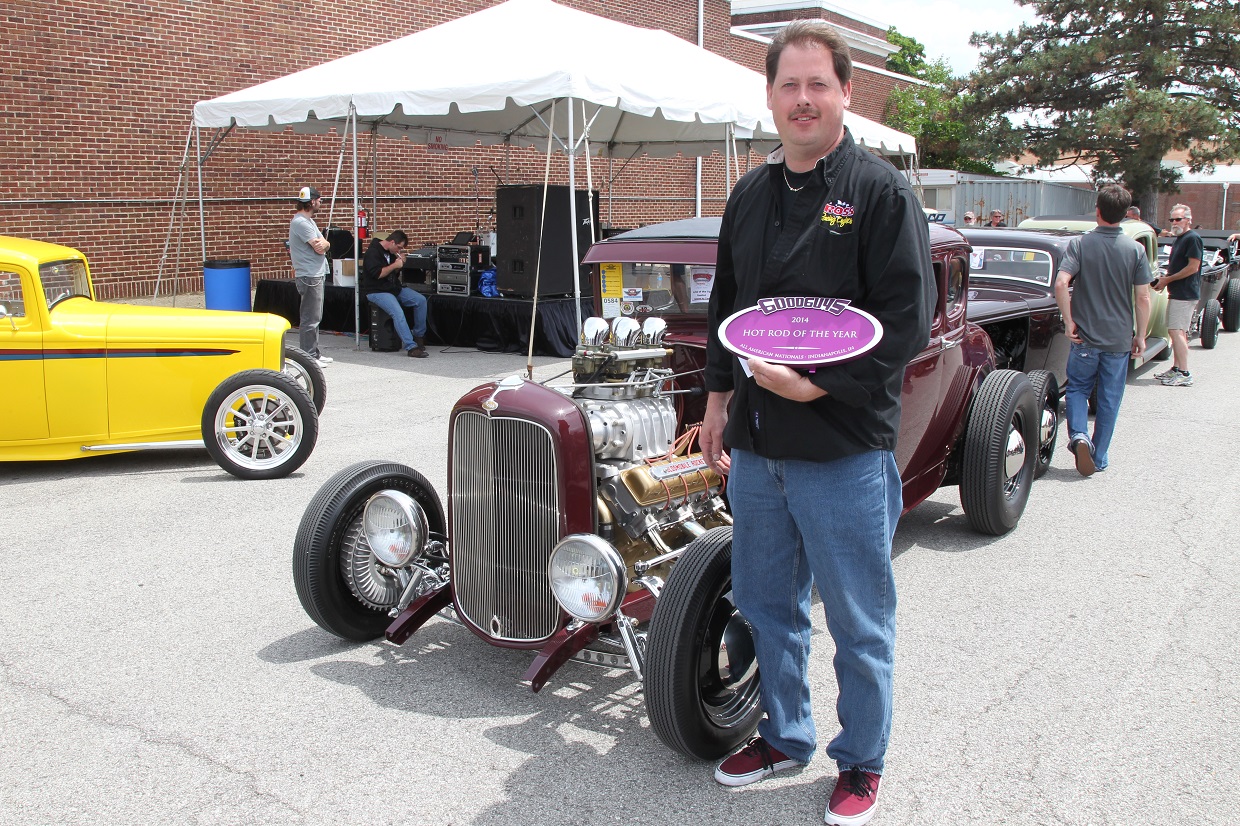