Blower, huffer, or supercharger. Whatever you want to call it, when the time comes to demand more power out of your motor, you start thinking about how to shove more air and fuel into your motor. We have noticed that there aren’t a lot of Pro Touring builders that are utilizing power adders. Sure there are a few supercharged and turbo charged cars out there, but as a whole they are few and far between. 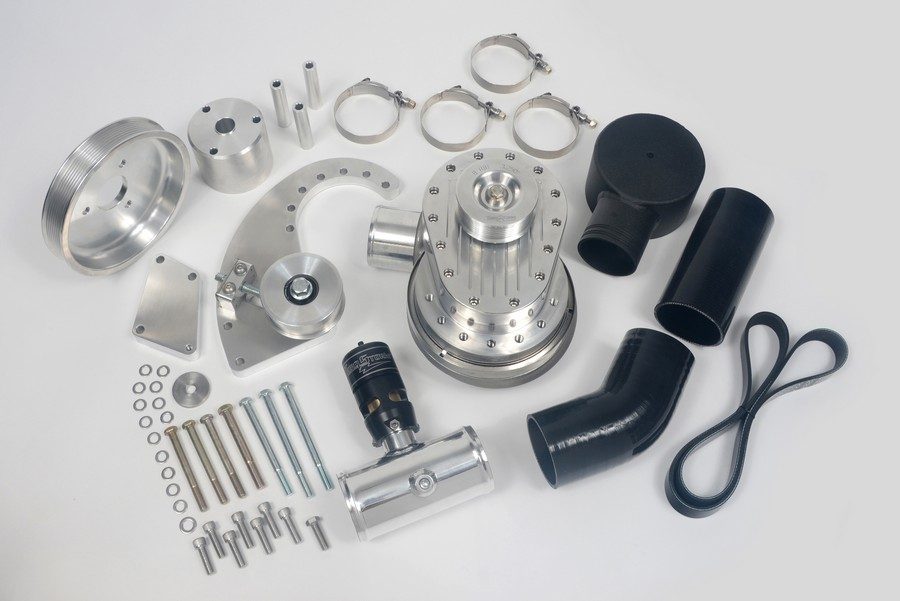 The common reasons we hear about the lack of a supercharger is a cost issue or a general lack of knowledge on them. We caught up with Chris Brooker of TorqStorm to pick his brain a little bit about superchargers. We sat down with him and discussed superchargers and he gave us 10 solid reasons to look at using a TorqStorm supercharger.

10 Reasons To Use A Supercharger

1. Less Expensive To Build Power: “Right off the bat, it’s a much more cost effective way to build power,” explained Brooker. He showed us an example of a bone stock junkyard LS motor that with his TorqStorm supercharger that’s producing well over 600HP. To accomplish the same amount of power in a naturally aspirated set up, you could be spending double the money. The best part is that when the motor gives up, you can just grab another junkyard motor instead of an expensive rebuild.

2. No Messing Up Your Exhaust: “When you utilize a turbo, there’s a lot of plumbing involved, especially on the exhaust side of the engine. What that means is the cool lumpy sound of the cam is gone,” continued Brooker. There’s no hiding what’s under the hood when you have a turbo, as the exhaust note is going to give it away instantly.

3. Under-Hood Heat: Turbos build a lot of heat, causing a host of different issues. “When you utilize a TorqStorm, those underhood temperatures remain the same as if the car was naturally aspirated,” explained Brooker. We are seeing a lot of cars starting to run hood vents to help curb those under hood temps, which means a turbo set up could exacerbate the issue. 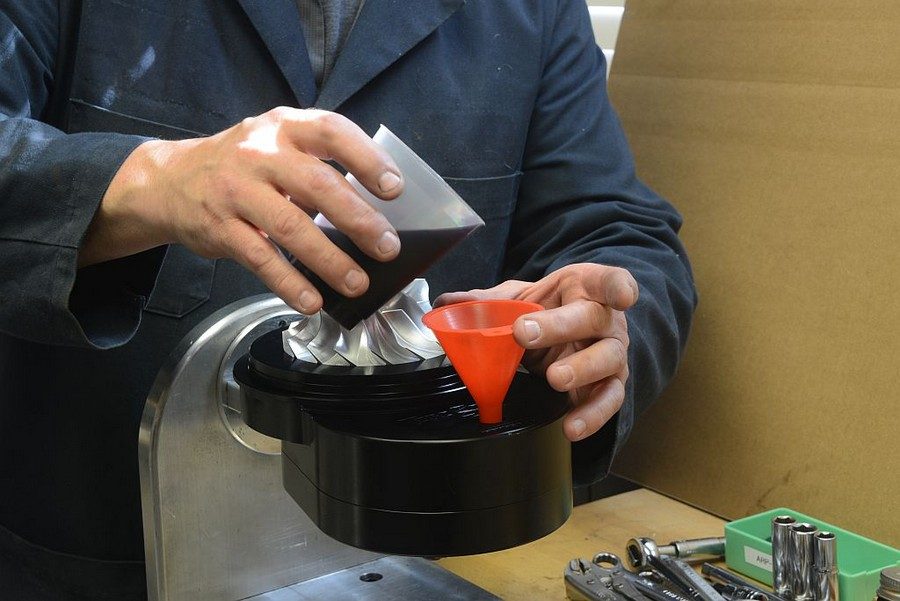 The gearbox receives 6fl oz of specially formulated synthetic oil developed by Royal Purple for the supercharger’s self-contained lubrication system. Oil should be changed every 10,000 miles during normal use and annually under severe duty.

4. No Oil Lines: All Torqstorm superchargers are self-contained. “There’s no oil cooling lines to run, the unit is self-oiling,” Brooker stated. Not only does this make a cleaner installation, it’s keeping your engine oil cleaner and subjecting it to less heat.

5. Predictability: When you have a supercharger set up, it’s a very predictable power curve. You know exactly when and where the power is at. Brooker explained that “with a turbo set up, they can spool up at different times, meaning the boost might not be there when you think it is, or it’s there when you think it’s not.” When you’re going around a tight course, those minute changes can be the difference between your fastest time and your slowest time. You need consistency in the car as a whole, including the engine’s power.

6. Liftetime Warranty: That’s right, Torqstorm has a lifetime warranty on their superchargers. That means it’s a worry free purchase – if it goes awry, they stand behind their product. With all the variables in a turbo-charged set up, rarely will a turbo company offer such a claim. 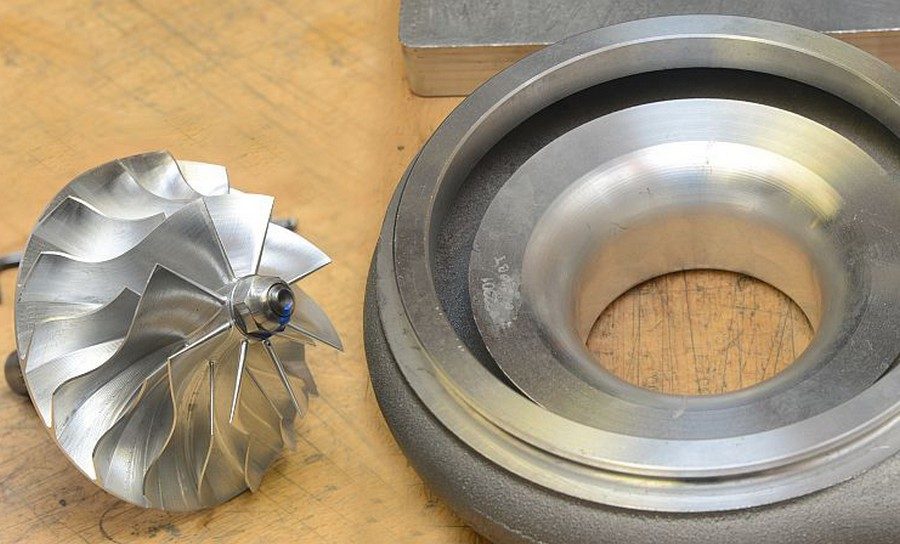 7. Power Output: “When comparing overall power output, we are right there with a turbo. Our inlet is 3″ in diameter, which is equivalent to a 76MM turbo,” explained Brooker. A turbo or supercharger this size is good for 700 plus horsepower. Furthermore, “TorqStorm’s are very linear. This means they boost from 1800 RPM until you shift at 6500 RPM. Turbos can do the same thing but if you have to lift, you’ll deal with turbo lag,” continued Brooker.

8. Cooler Inlet Temps: By design, a turbo is building a lot of heat that super heats the air going into your engine. We all know that colder air is denser and produces more power. Since a TorqStorm doesn’t rely on the exhaust to spin it, the temperature of the air coming off it will be a lot cooler than a comparable turbo. “Compared to a roots style blower that gets heat sink sitting on top of the engine, ours is off to the side and stays much cooler, causing lower inlet temps as well,” continued Brooker. 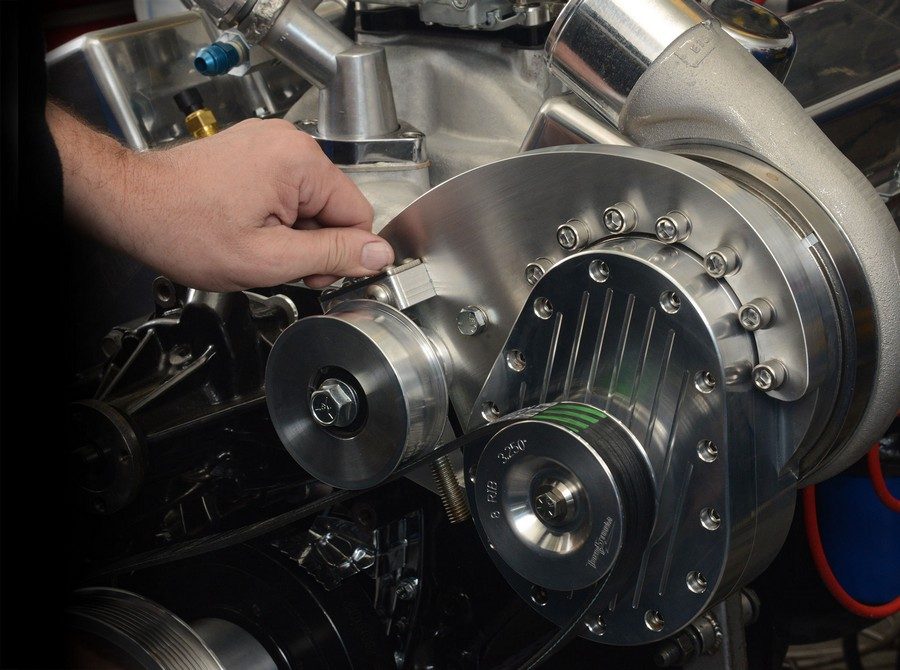 9. Ease Of Installation: “You can install one of our TorqStorm superchargers generally in a day or less and they require minimal, if any fabrication,” Brooker told us. A turbo charger set up usually requires extensive exhaust and intake fabrication, running oil lines, and figuring out how to fit everything under the hood.

10. Looks Cooler and Cleaner: “While this may be our opinion, we feel that a TorqStorm looks a lot cooler and cleaner than a turbo or roots style blower,” laughed Brooker. We do have to admit, having a blower hanging off the side of an engine is impressive and with how quiet they are, it’s quite the sleeper set up. Since their superchargers are machined out of solid blocks of billet aluminum, they look clean, tough and high-quality. 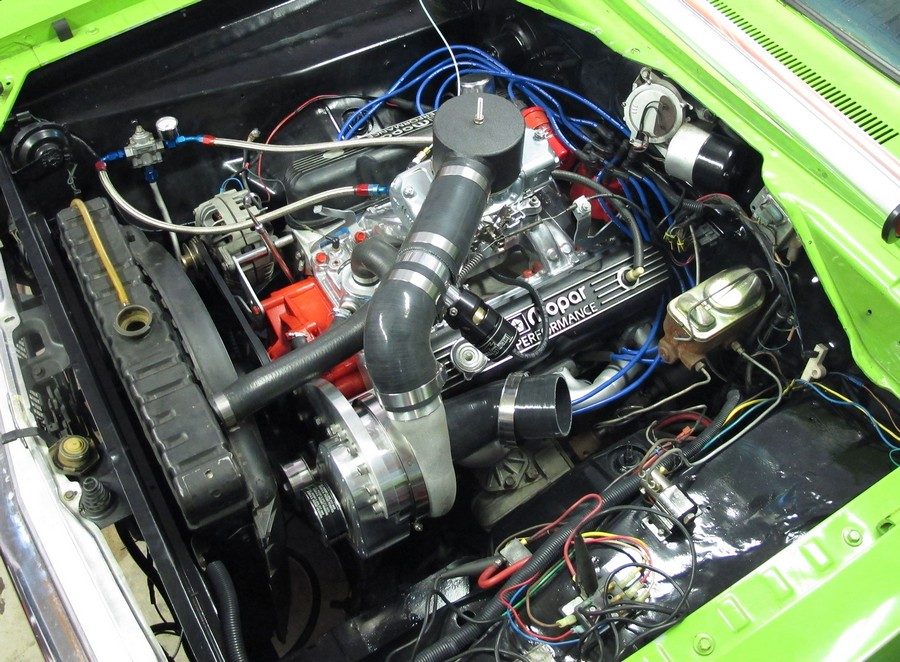 When you look at all the reasons to go with a supercharger, it really makes sense. Not only can you build a high horsepower engine cheaper than a naturally aspirated engine, it’s going to out-perform other styles of induction. Ease of installation is just icing on the cake! Now it’s time for us to order up a TorqStorm for our latest projects.

For more information give TorqStorm a call at (616) 706-5588 or visit their website at www.TorqStorm.com