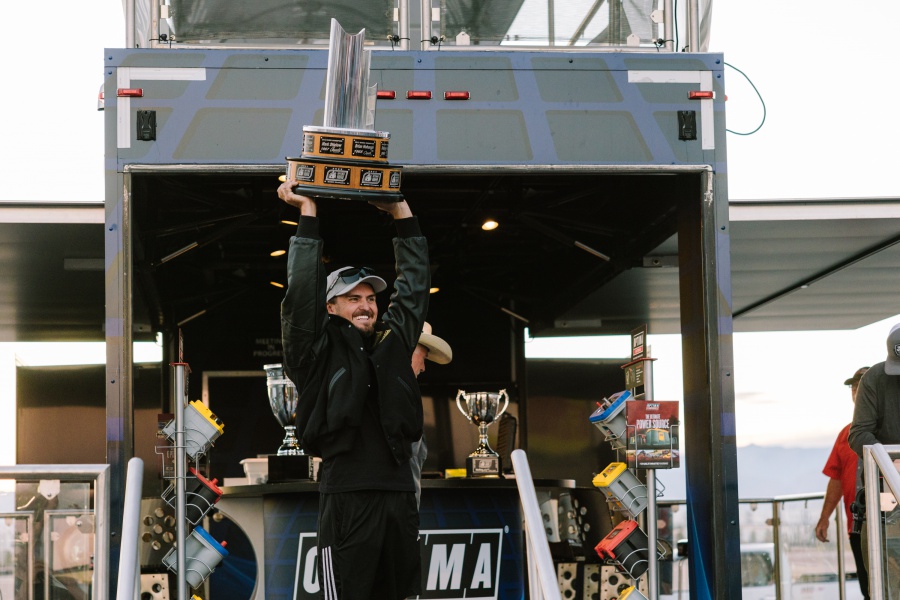 MILWAUKEE (Nov. 9, 2021) – OPTIMA® Batteries, a leading brand of Clarios (NYSE: BBU) (TSX: BBU.UN), crowned Jake Rozelle and his 2003 Chevrolet Corvette Z06 as the winner of the 14th annual OPTIMA Ultimate Street Car Invitational (OUSCI) presented by Advance Auto Parts which took place at Las Vegas Motor Speedway this past weekend, November 6-7, 2021. Rozelle, an eight-time competitor, lost last year’s championship to Chris Ramey by a single point, but returned this season and won the 2021 title over Ramey by a single point.

The OUSCI event was first established following the 2007 SEMA Show after OPTIMA Batteries’ Director of Marketing, Cam Douglass, created an event to pit the cars on display at the show against each other to determine their overall street-worthiness and outright performance potential. Fourteen years later the event has become one of the most competitive street car racing series in the nation.

“Winning this trophy takes a lot of skill, takes a good car, and takes a little bit of luck,” said 2021 OUSCI winner Jake Rozelle. “I’ve been working at this for eight seasons and I came so close last year, so to come back and win this year is huge. I work on this car more than anybody knows and to finally have it all come together means a lot.” 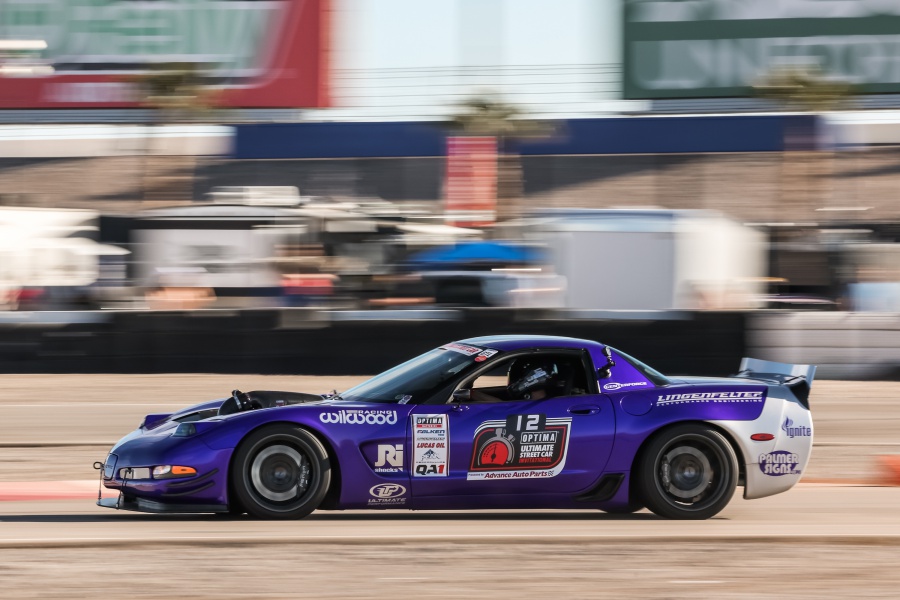 Throughout the 2021 OUSCI Championship event, competitors and their vehicles faced a series of five challenges – the Lingenfelter Design and Engineering Challenge, Lucas Oil Road Rally, Peak Performance Challenge (Speed/Stop), QA1 Autocross and the Falken Tire Road Course Time Trial. Competitors received points as they competed in the challenges and scores were totaled to determine the winner in each category. This year, 2020 OUSCI Champion Chris Ramey finished in second place in his 1987 Chevrolet Corvette and Mike Rovere finished in third place with his 2008 Chevrolet Corvette.

“It has been an exciting showcase of talented builders, drivers and extraordinary heart from everyone involved,” said Cam Douglass, director of marketing for OPTIMA Batteries. “We are proud to host an event that gives folks from around the country a platform to exhibit their passions and talents and we are proud to see Jake’s hard work propel him to OPTIMA’s Ultimate Street Car Invitational Champion.” 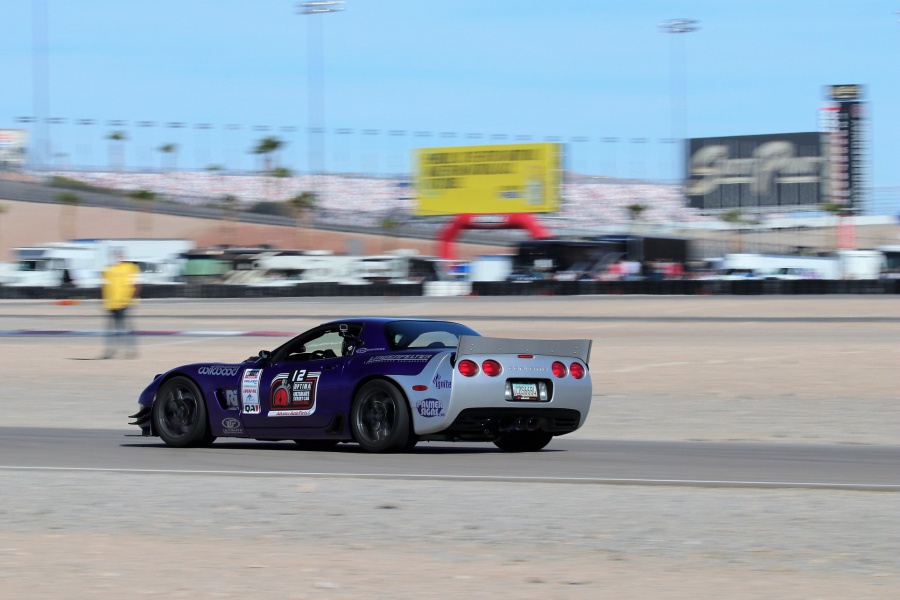 OUSCI winners are awarded a commemorative jacket and are the first to be invited to the subsequent year’s event. All competing vehicles had to be licensed, registered and insured for street use to be eligible to compete. OUSCI television series airs every Friday night at 8 p.m. Eastern and Pacific on MAV TV. The championship episode airs on December 3, 2021.