Everybody knows that suspension and brakes play a huge role in getting a car around the track as fast as possible. A fire-breathing engine helps complete the package to make a car competitive on the course.

One often overlooked item is the differential, or rear end if you prefer. For most, a solid 12-bolt posi or nine-inch was the standard performance differential. While these rear ends are tried and true, just like suspension and brakes, they have seen some pretty good improvements over time as well. 12-bolts with C-Clips won’t cut it anymore, and can be downright dangerous out on a course.

There are a multitude of issues going on with a traditional differential when putting it on a track. For example, let’s look at the tried and true 12-bolt from GM. The axle is playing numerous jobs with a 12-bolt. The axle is required to not only spin and deliver directional force to propel the car, the axle is also required to keep the bearings in place keeping the car up. What this means is that if the axle was to snap, your wheel would go flying and the car would drop uncontrollably to the ground – a very scary  and damaging scenario at any speed.

The more popular Ford 9-inch does help to solve part of this issue in that while the axle is still responsible for transferring directional force and holding the car up, if the axle snaps your wheel should still remain in place. But this isn’t a guaranteed way to ensure that the axle won’t come out and cause the car to hit the ground.

The other problem with both of these popular applications is referred to as “knock back.” This occurs since there is only a single bearing supporting the weight of the car and the directional force. Now when you have a nice sticky tire holding the car in place, all that force will bend or bow the axle. Imagine if Arnold Schwarzenegger in his day taking a metal pipe in his hands and bending it. While not quite that extreme, it’s the same principal with your axle.

This means the rotor will no longer be parallel to the caliper, effectively pushing the pads and piston back into the caliper. This is the same principal as when you change out your brake pads and you push the pistons back into the caliper to make room for the new, larger pads. The end result, just like when you swap pads is you have to pump the pedal to push the pistons back out. In your driveway it’s not a problem – flying around a track could potentially be a very dangerous problem.

Rick Elam from Baer Brakes told us that “the 9-inch is better than C-Clip for axle knockback, as the C-Clip by design has axle float. But with today’s Pro Touring cars we see it with everything.”

Even with their downsides, this doesn’t mean a traditional 9-inch or 12-bolt is total junk. This just means next time you go to build a rearend, you might want to start looking at a full floater set up.

Still confused? Check out this video we found on YouTube explaining the difference.

Enter the full floater rear end. With a full floater, there is no more knock-back, or risk of your wheel coming off if the axle breaks. It’s much safer and reliable than the old standard set ups. While this technology isn’t new by any means, it’s just now become more available in the Pro Touring world. What is a full-floater? It’s a fairly simple concept. There is a completely separate outer hub bearing-assembly that holds the weight of the car and holds all the brakes. For converting the directional force, a full floating axle is slid in – it’s splined at both ends, meaning that it’s only job is to twist. No carrying of weight, no bending or bowing is possible, just twist and that’s it. On a bad day if you snap an axle, your car won’t come smashing down to the ground.

We caught up with Rick Elam of Baer Brakes, to help explain a full floater and why their system is different. “The problem in the past with full-floaters in street applications is nobody made one. The few people running them were adapting them from late-model dirt applications and they are a much larger, wider set up that doesn’t fit under a street car, among other issues such as stud spacing,” explained Elam. The goal was simple for Baer – refine a racing full-floater to easily adapt to and fit a street application. 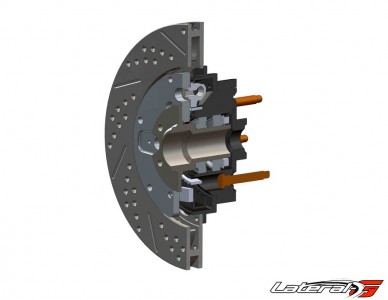 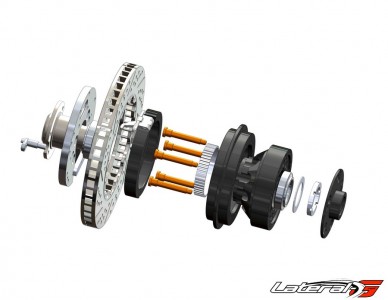 Enter the Baer Brake full-floater set up that hosts a ton of technology packed into one neat package. Baer developed a complete full-floater conversion that can be adapted to just about any application. Rick told us some of the benefits that Baer’s kits have to offer. “Our kits are much narrower than traditional floater designs and can fit street wheels. In addition ours have standard car stud spacing and we even incorporated a parking brake,” explained Rick.

“We even made sure that they are ABS compatible for Ford and GM configurations,” continued Rick. “Even the axles are upgraded to a 24-spline set up that is .050″ larger than a standard 35-spline axle, meaning they are incredibly strong.” Finishing off the whole kit they include 1/2″ x 20 ARP race studs to ensure a damn near bulletproof floater set up. 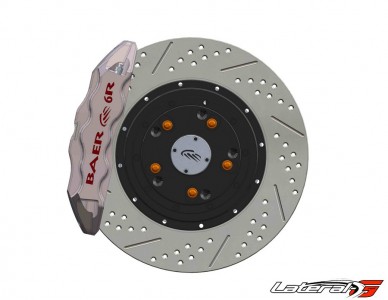 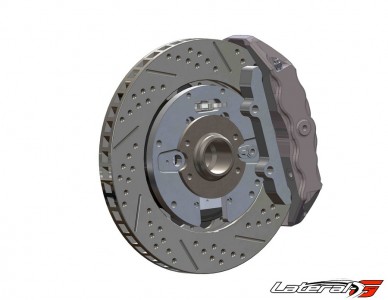 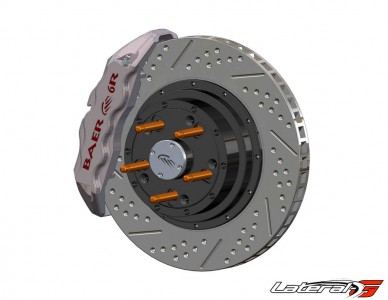 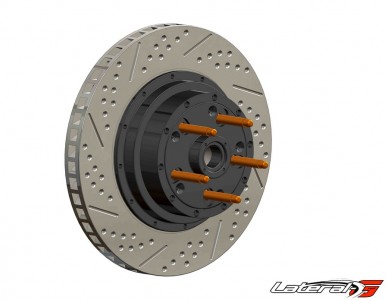 The only real downside to going with a full floater set up as opposed to a non-floater set up is additional cost and space, both of which are marginal. With Baer’s compact system, they only take up 5/8″ more room than a traditional set up, so they will still sit nicely inside your wheels. The other slight concern is that this does require some fabrication.

While the cost is higher than a conventional set-up there are a few things to consider here. Drum brakes are cheaper than disc, but you wouldn’t ever consider putting drum brakes on a high performance application – the same theory of safety applies here.

The last downside is the fabrication part. The good here is that this is a system that’s able to adapt to just about any set up you have. The other great thing here is that Baer works with most rearend manufactures, such as Currie Enterprises or Moser Engineering to name a few. Baer can send their full floater kit straight to them, and they can install the kit and brakes. That means if there is some forethought regarding your differential, you can buy a complete full floater rear with Baer brakes already installed.