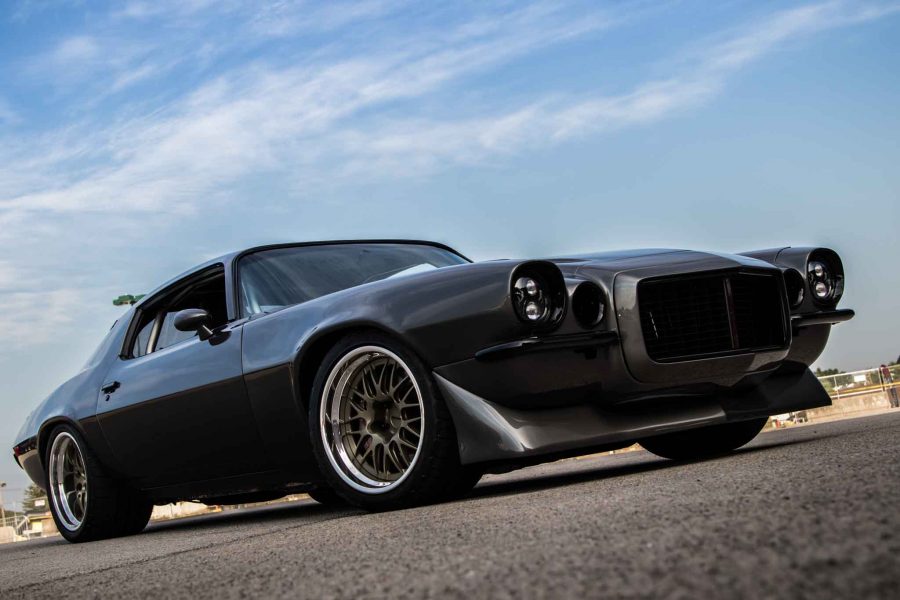 Forgeline Motorsports knows a thing or four about all-out performance. It’s with this same single-minded focus that the team at Forgeline has decided to build their own pro-touring style 1970 Camaro. “We’ve been dreaming about building our own world class, pro-touring machine for several years,” says Dave Schardt, President of Forgeline Motorsports. “We’re a long-time supporter of this segment of the performance aftermarket and have been the wheel of choice for many of the builders and the cars that have made these pro touring events so popular. But now, this year, it’s our turn to participate.” 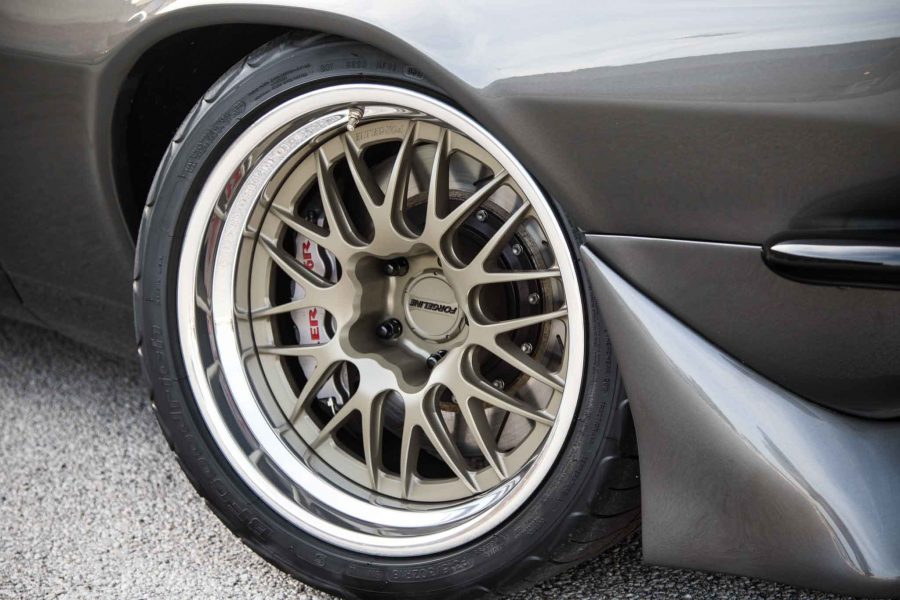 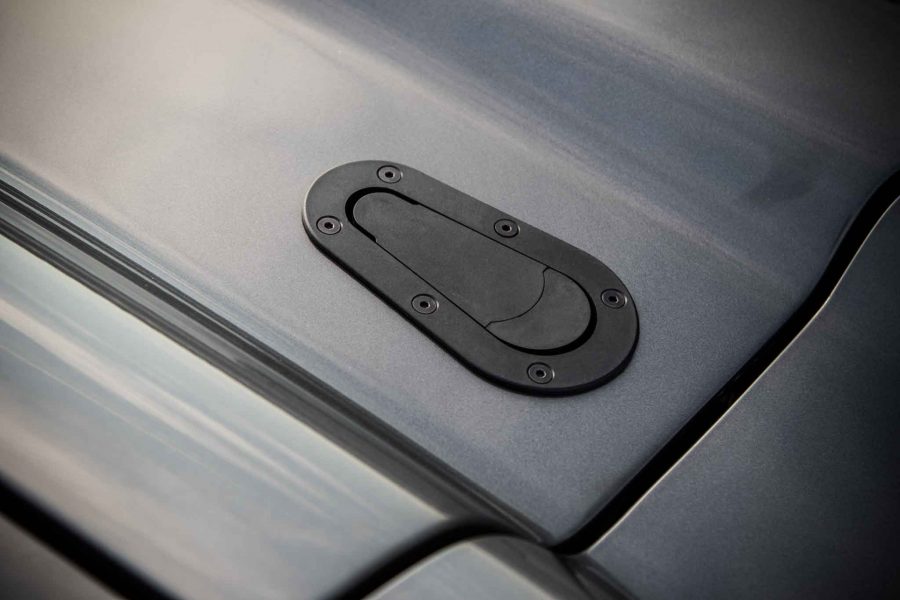 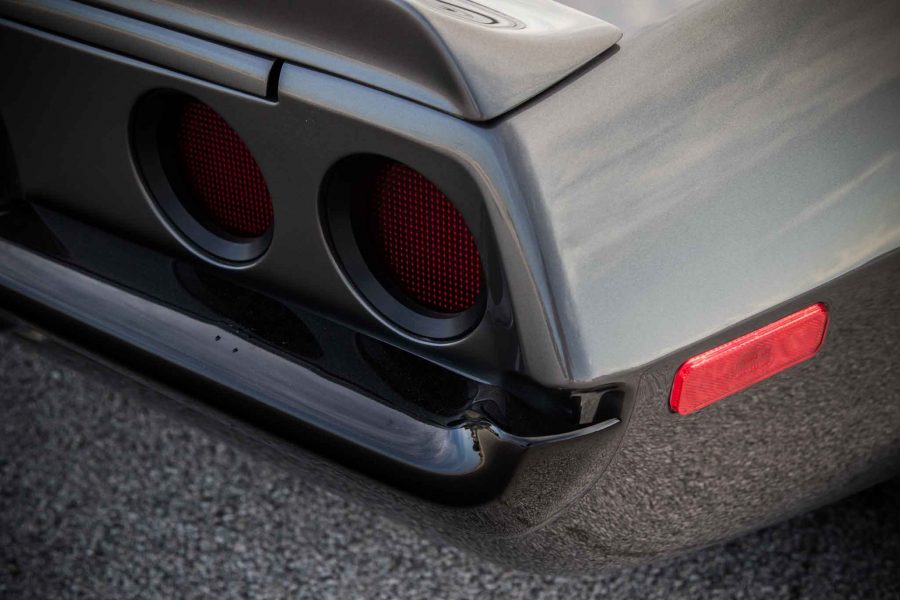 A quick tour of the paddock at any pro-touring event is literally a rolling catalog of Forgeline’s expertise in fabricating custom wheels that can stand up to the rigors of autocross, speed/stop and timed lap competitions, all while looking like forged and machined aluminum works of art. So it really should be no surprise that Forgeline Motorsports’ ’70 Camaro will be constructed using components from top-of-the-line manufacturers. 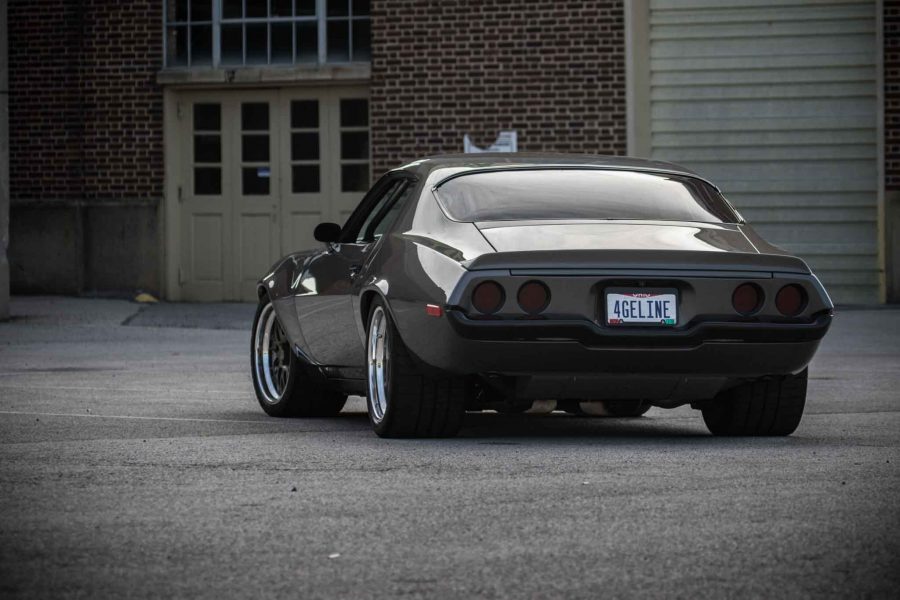 The foundation of any pro-touring machine is the suspension. For the Forgeline ’70 Camaro, a Detroit Speed hydroformed subframe along with tubular upper and lower control arms will serve duty up front, while in the rear of the car, a Detroit Speed QUADRALinkTM rear suspension and adjustable anti-roll bar system will take care of the 3.89:1 geared, full-floating rear axle assembly. 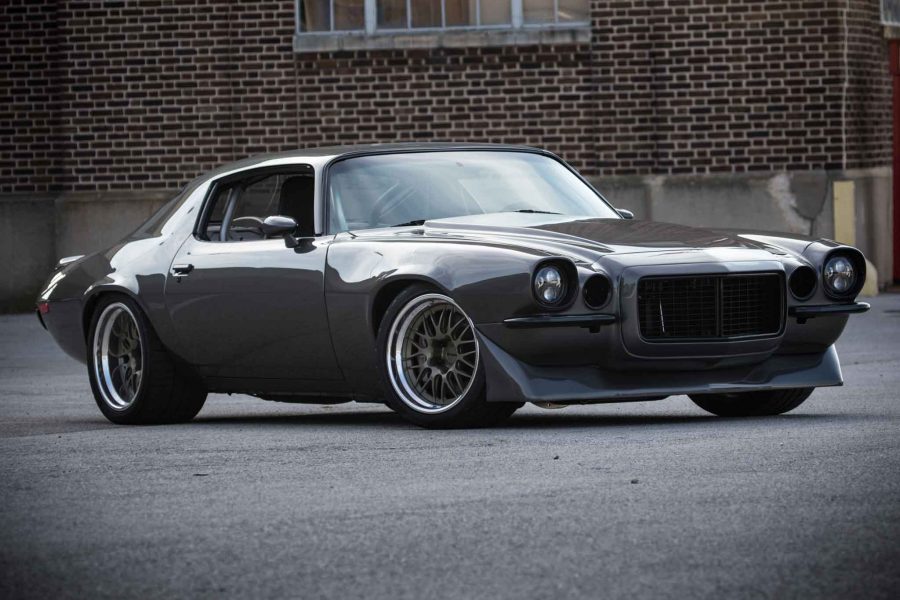 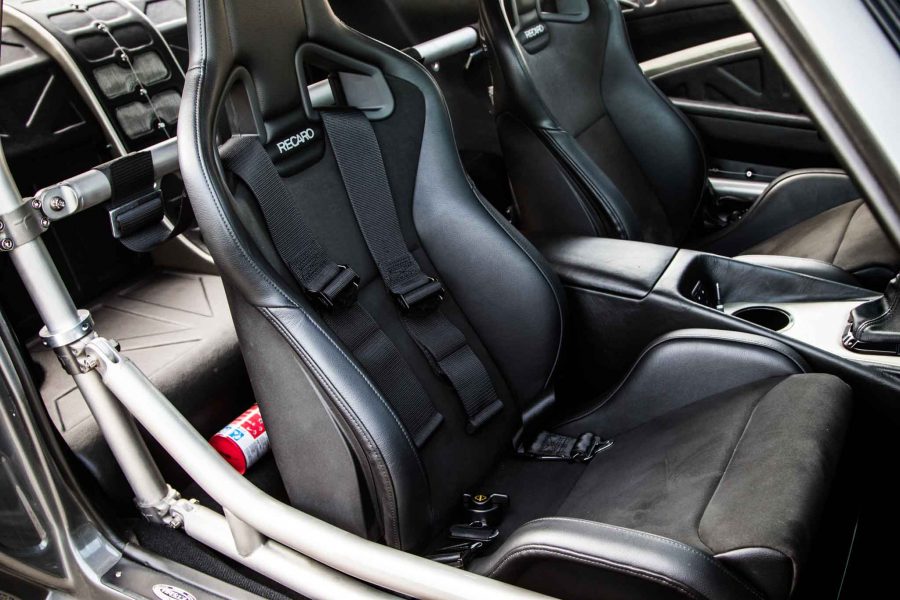 Electronic RideTech Instinct shocks give the Camaro just the right stance. An award-winning RideTech TigerCage will provide both an increase in chassis stiffness as well as protection for the driver and passenger. Slowing the Forgeline ’70 Camaro and working behind the GX3R Open Lug 18×11 and 18×12 Forgeline forged aluminum wheels wrapped in BFG Rival S tires will be a quartet of Baer Brakes’ proven 14-inch diameter Extreme 6R disc brakes.

As for the power, Schardt specified a Lingenfelter-tuned LT4 engine, which has proven successful among or in the autocrossing community. A Bowler Transmissions modified Tremec T56 transmission with ZR1 gears and Centerforce DYAD extreme duty clutch will handle the horsepower and torque distribution duties. Forgeline used an Optima Yellow Top battery as well. 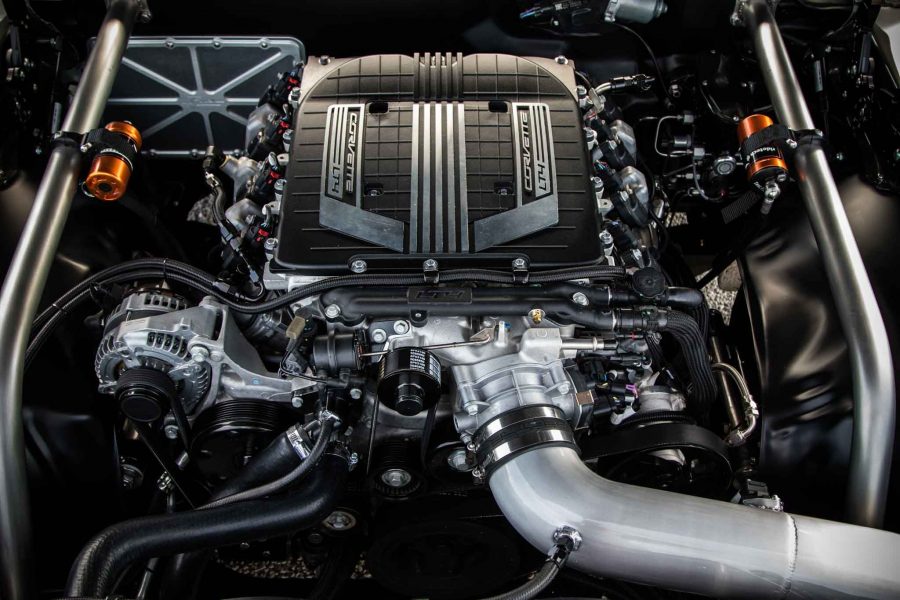 Rounding out the Forgeline Camaro build will be a Vintage Air air conditioning system, LED headlights and taillights, Recaro seats and a custom built stereo by California Custom Sounds, a Finch Firewall block off plate and shift handle. Adding both style and function to the build, a Carbon Kustoms carbon fiber hood, supported by Ring Brothers hood hinges, and front fenders will be paired with a D&Z Customs front spoiler. 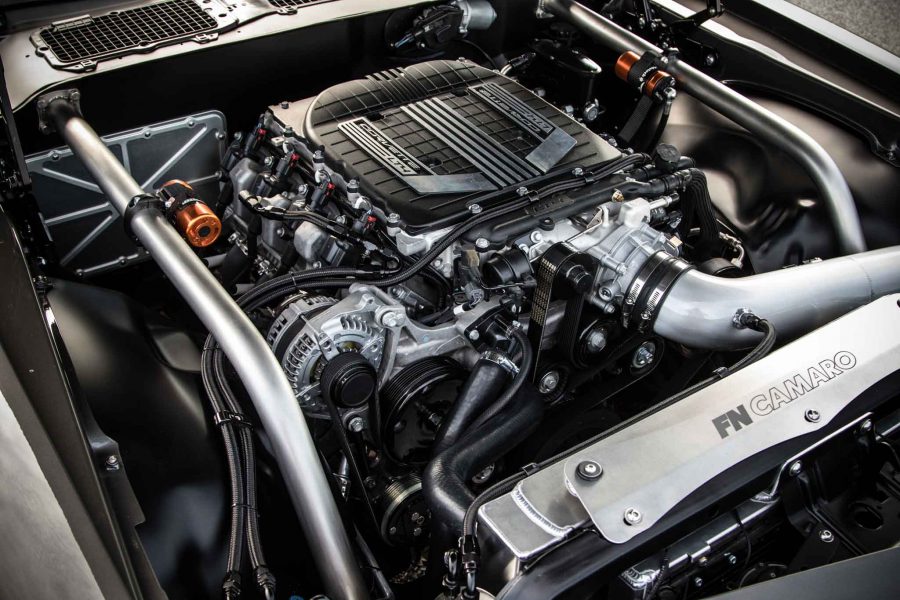 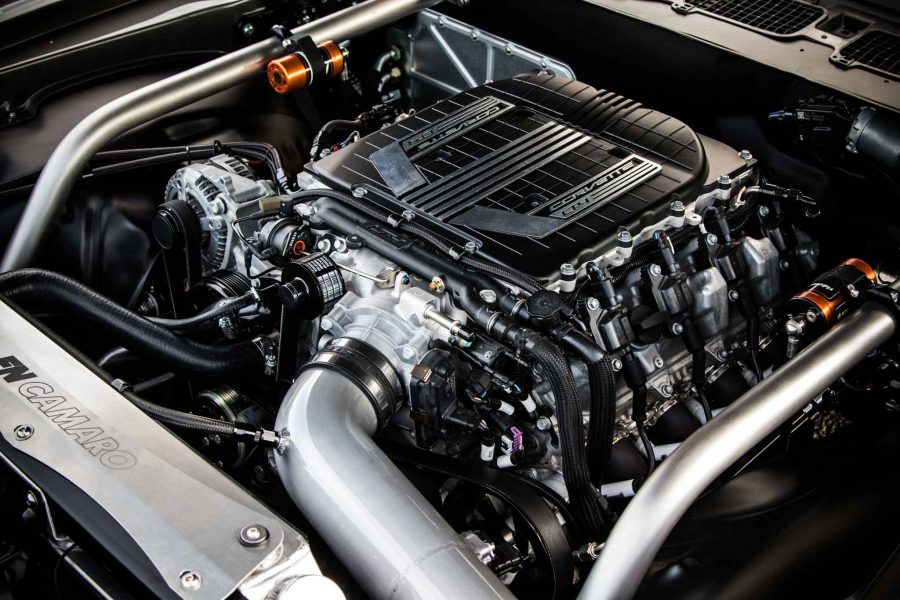 Veteran autocrosser Smitty’s Custom Automotive, Tiffin, Ohio, was tapped to perform the vehicle build, at the direction of Forgeline President David Schardt.  “We build a lot of pro touring cars here. In fact, we maintain all three of RideTech’s race cars,” said Chris Smith, owner of Smitty’s Custom Automotive. “The key is to choose the very best parts from the companies that offer the best possible products, because that makes it much easier to build a competitive pro touring car.”

Award-winning and veteran SEMA Show project vehicle builder Trent Van Arsdalen of Trent’s Trick Upholstery, New Baltimore, Ohio, hand-crafted the custom interior for the Camaro. The all-black interior is race-inspired with hand-rubbed leather inserts in the headliner and door inserts. Van Arsdalen restructured the door handles on the door panel, molding them into the arm rest in order to enhance the vehicle for autocrossing. Special 12-point titanium safety bolts and safety wire accent the interior on the door panels and rear center console with a stripe design. The rear seats were removed and replaced with specially created holders incorporated into the back seat structure to hold the matching helmets, one behind the driver side and the other behind the passenger side. 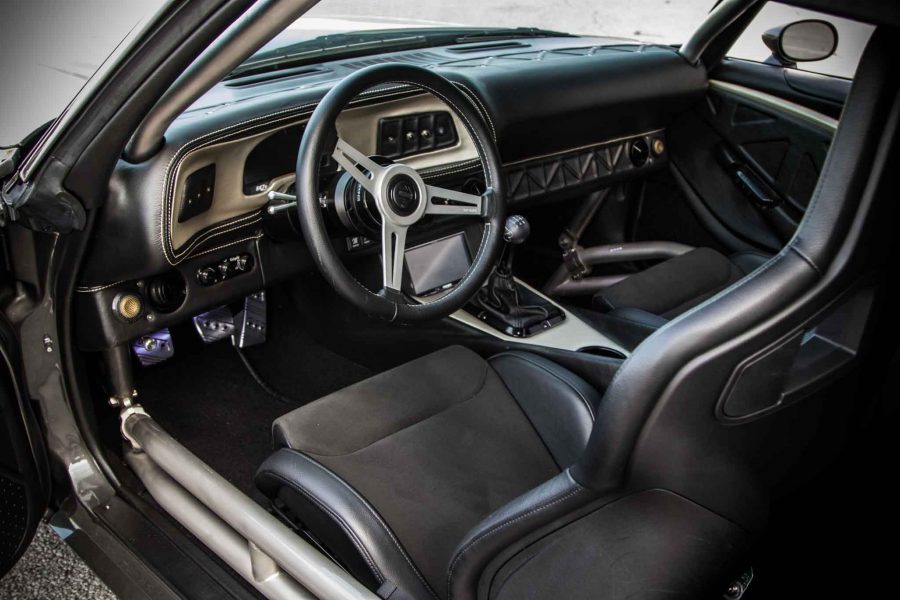 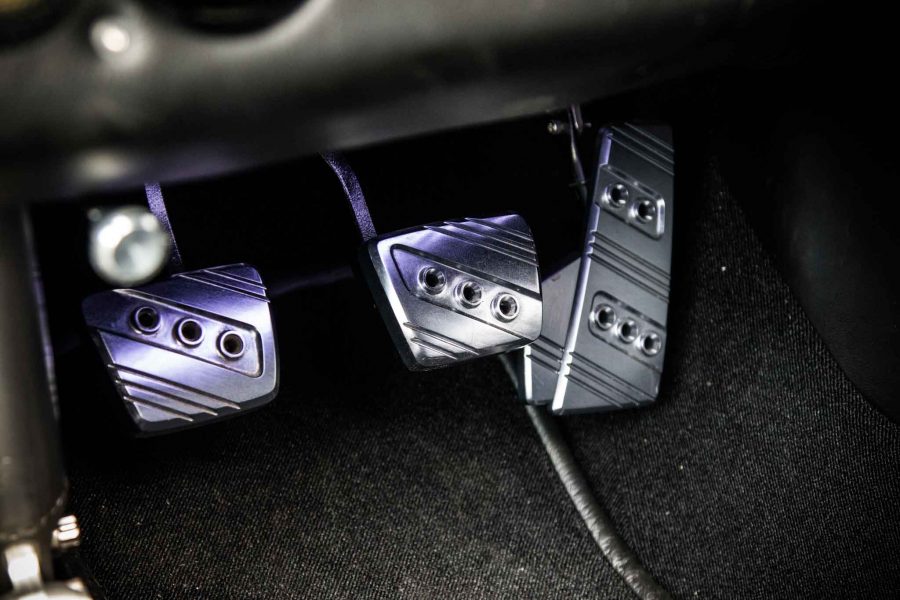 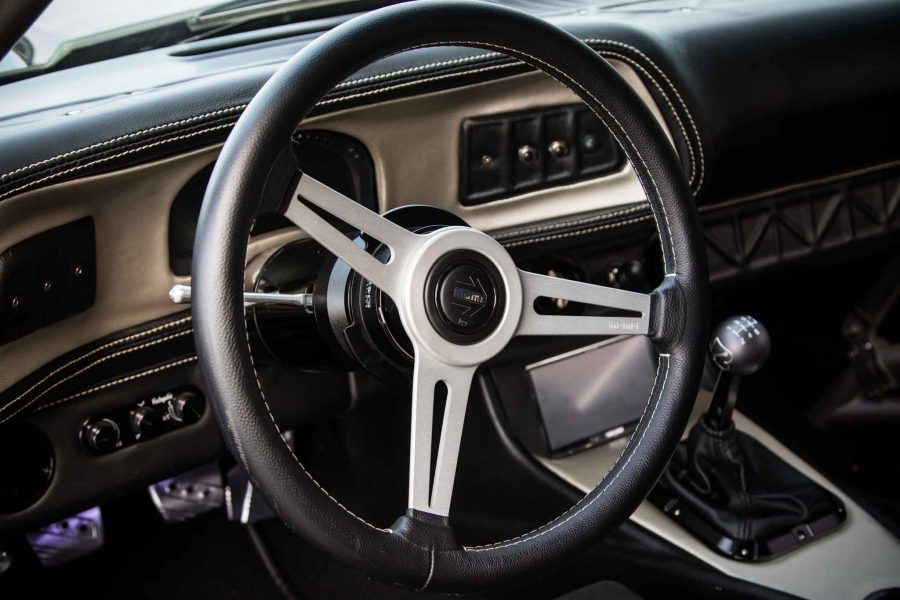 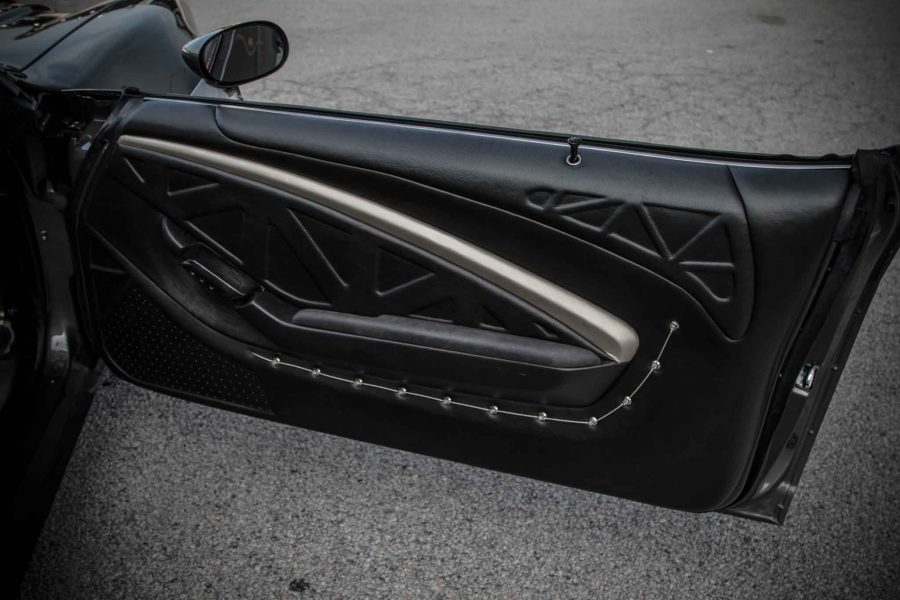 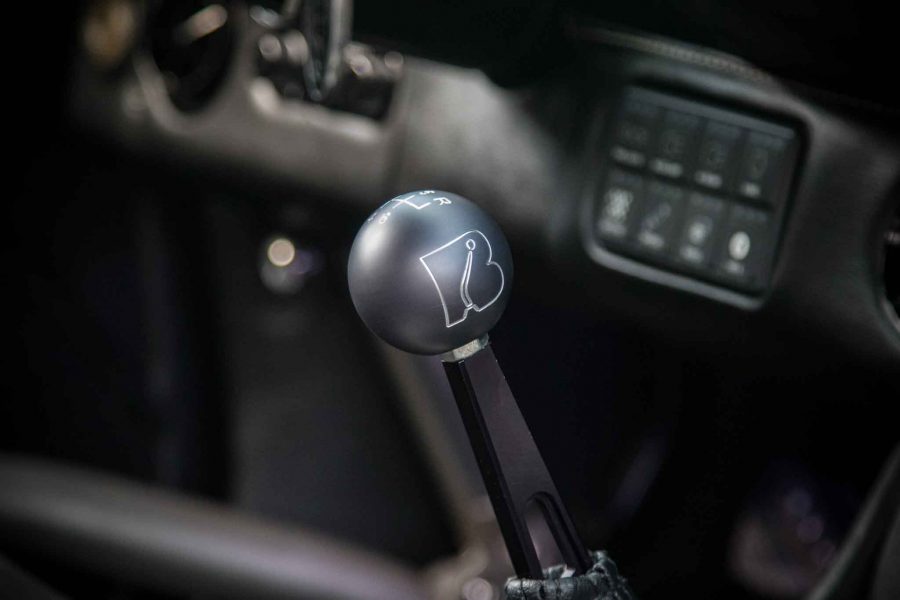 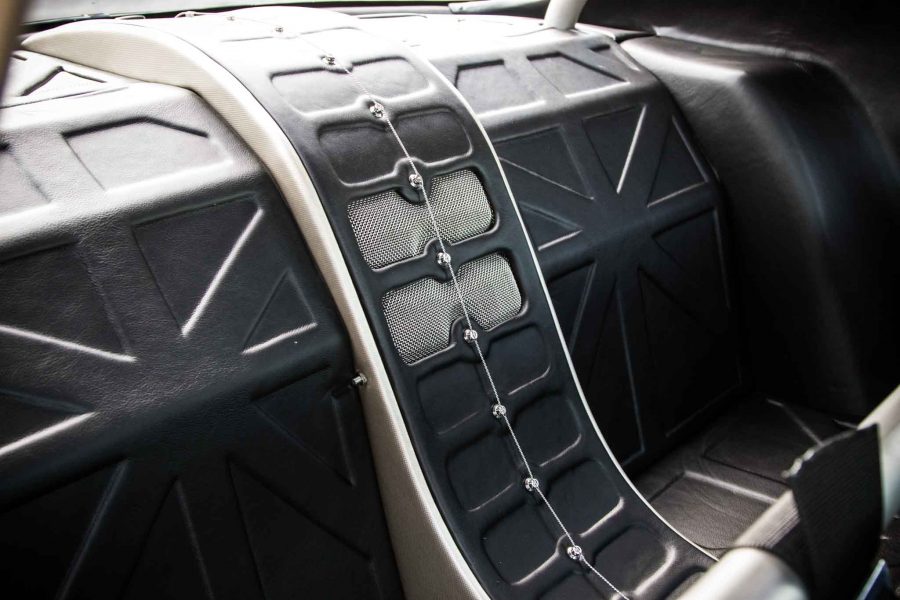 The dashboard features a unique upholstered girder style design on top with an embossing. The RacePak digital dash, datalogger and power distribution module round out the race car theme. The totally custom interior was designed with Dave Schardt’s input and took three months to complete.

After several unexpected delays in the restoration process, the Forgeline ’70 pro touring Camaro made its debut in 2019 and we saw it here at the York Good Guys show. Be sure to visit the Forgeline website and Facebook page for additional information. 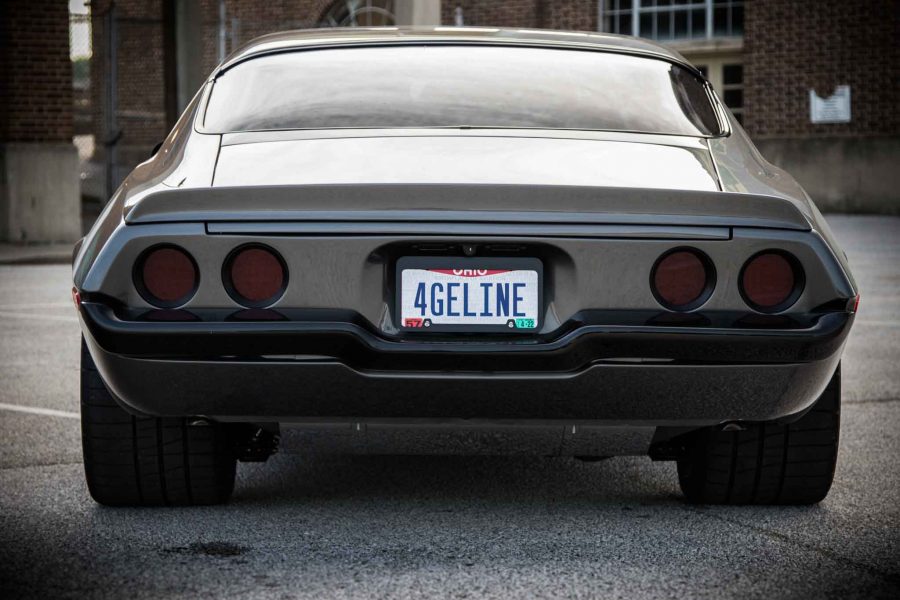