The 2017 Meguiar’s Good Guys Del Mar Nationals is a wrap! This show has to have one of the best locations of any show in the nation, located only a few hundred yards from the crashing waves of the Pacific Ocean. This makes for some of the best weather you could ask for with cool ocean breezes and plenty of warm California sunshine. 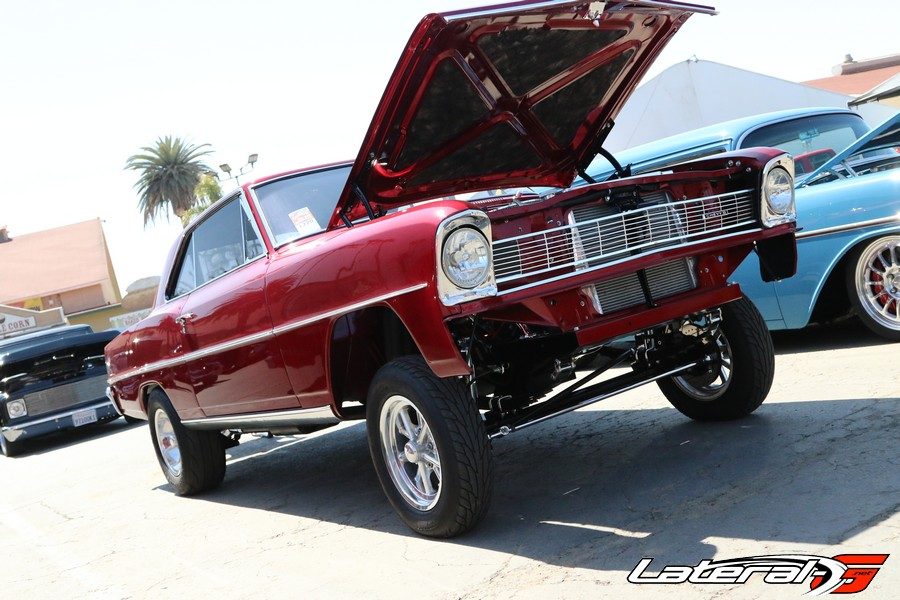 As soon as we walked in the gate we headed straight to the autocross to check out the action. There was lots of familiar SoCal faces that end up at many local events. By time we got to the track, the autocross was under way with the sound of tires screeching and cones getting killed as people were trying to figure out the course. 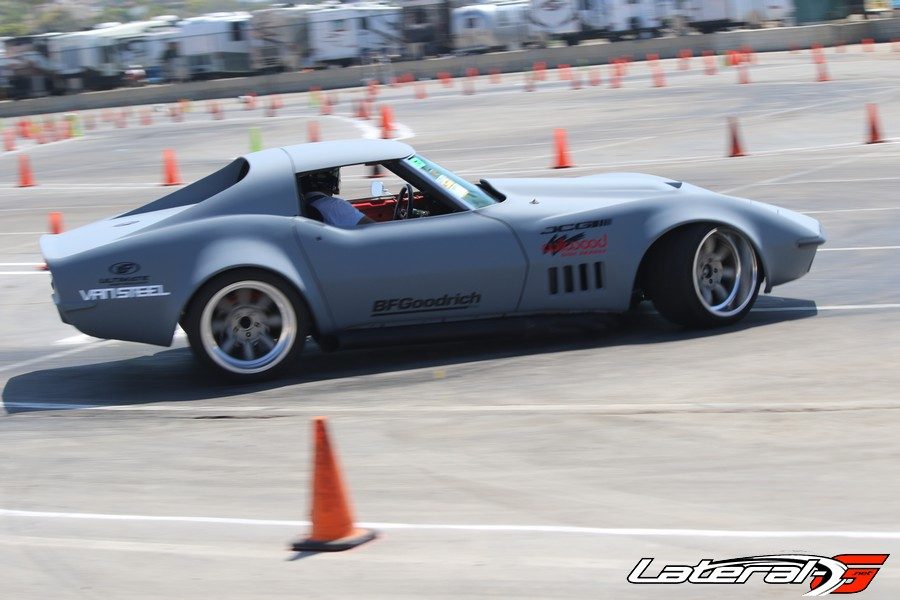 Casey Cronin putting in work on the autocross course! 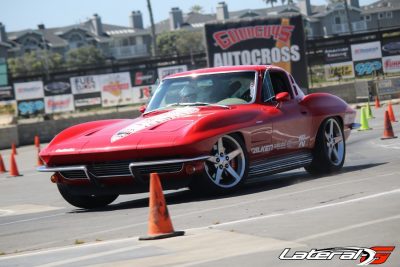 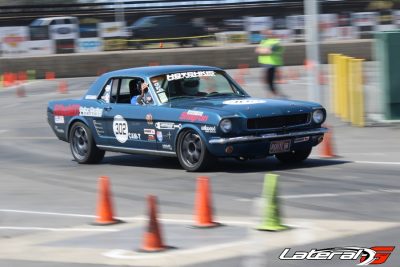 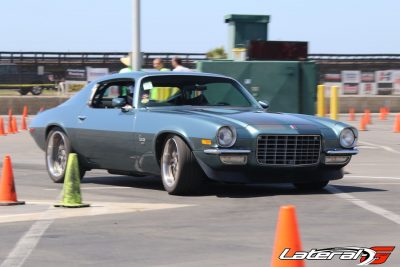 The course itself was a new layout from previous years and proved to be a tough one. There were several hairpin turns that threw quite a few competitors off. We saw some of the larger cars having trouble with them, even to the point of missing their marks and having to back up. One competitor, Mike Sullivan in his ’65 El Camino would turn the wheels, dump the clutch and slide the ass end around in style! 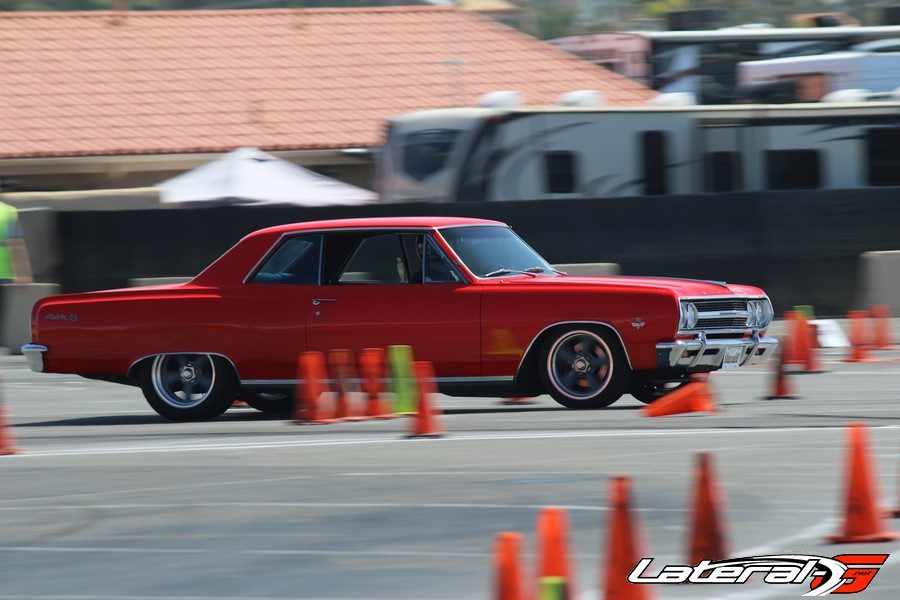 Jeff Howe giving his bagged ’65 a run on the course!

At the end of the weekend though Casey Cronin won the Pro Class with Greg Thurmond in second. In the Street Machine Class they sorted out with Richard Jung in first, Cheryl Herrick in second and Michael Erickson in third. Bill Kinsman nabbed the truck class win as well. 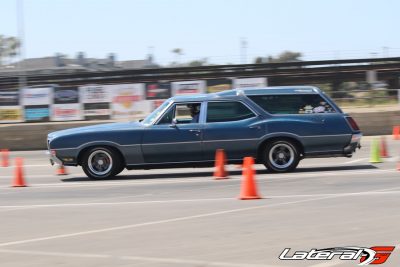 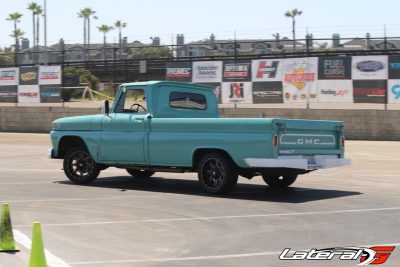 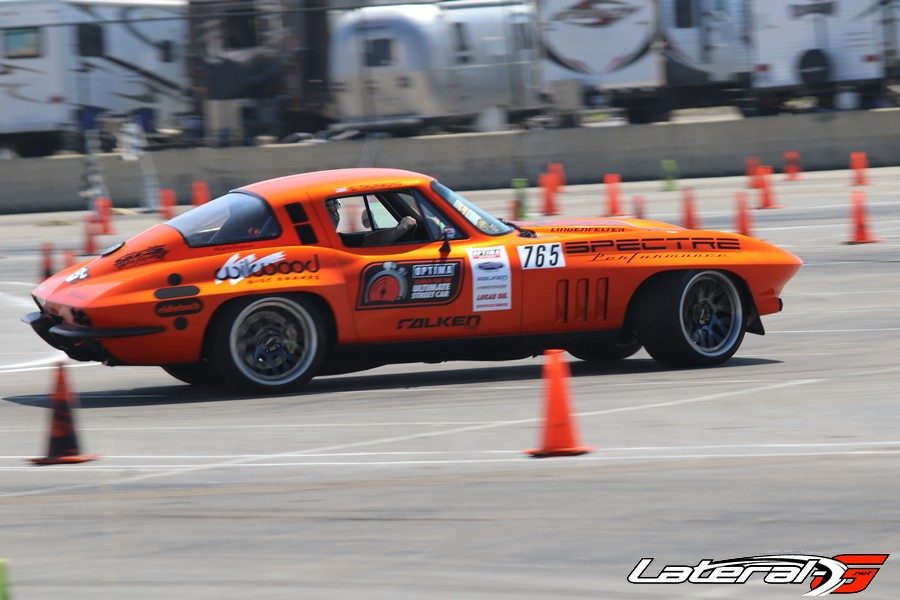 Besides the action on the autocross, there was plenty to see elsewhere. During the lunch break we walked around the grounds to see all the different cars and trucks at the show. There were three different buildings full of amazing rides along with the outside show grounds. 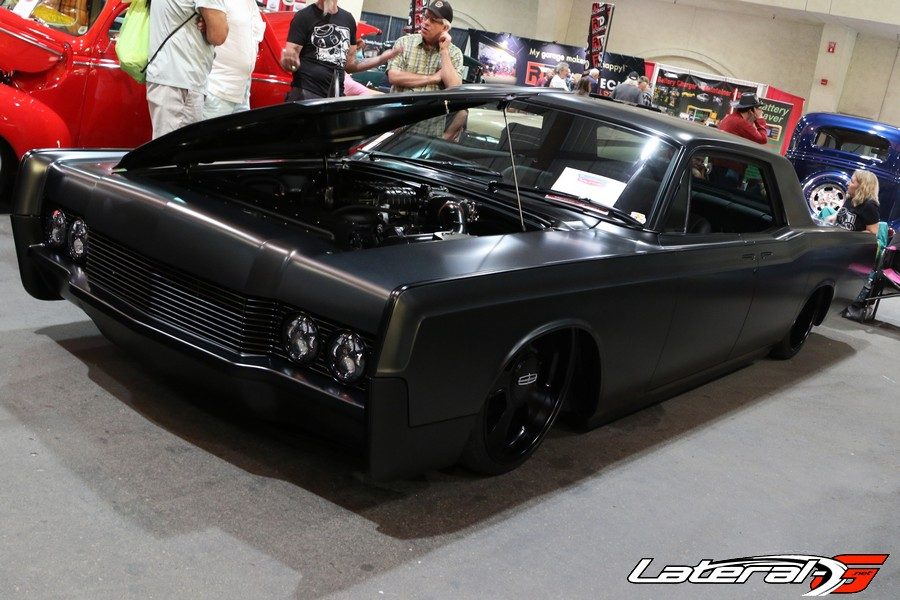 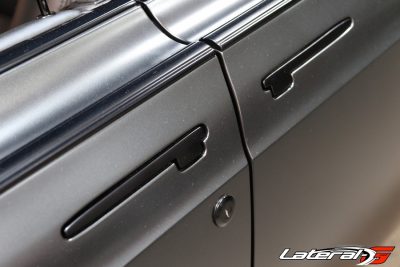 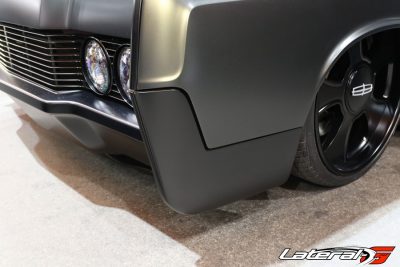 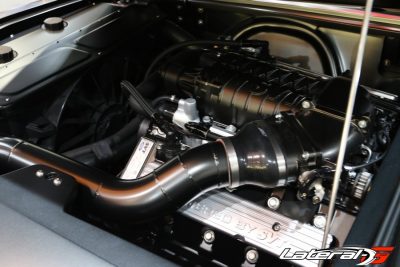 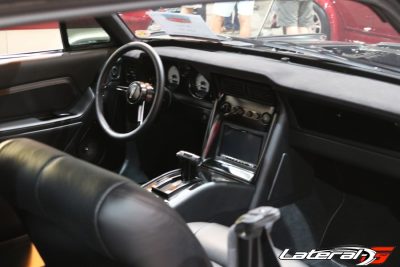 Starting in the main building where it’s the cream of the crop – and we weren’t disappointed. One car that caught our eye but most seemed to skip over was a murdered out ’66 Lincoln Continental. This was one of those cars where the more you looked it – the more you saw. Small details like how the bumpers were tucked to the body line and all the body gaps were perfect. The interior looked like something out a modern sports car and under the hood was a blown SVT motor. This car had tons of style, power, and class – definitely a Pro Touring ride of another sorts. 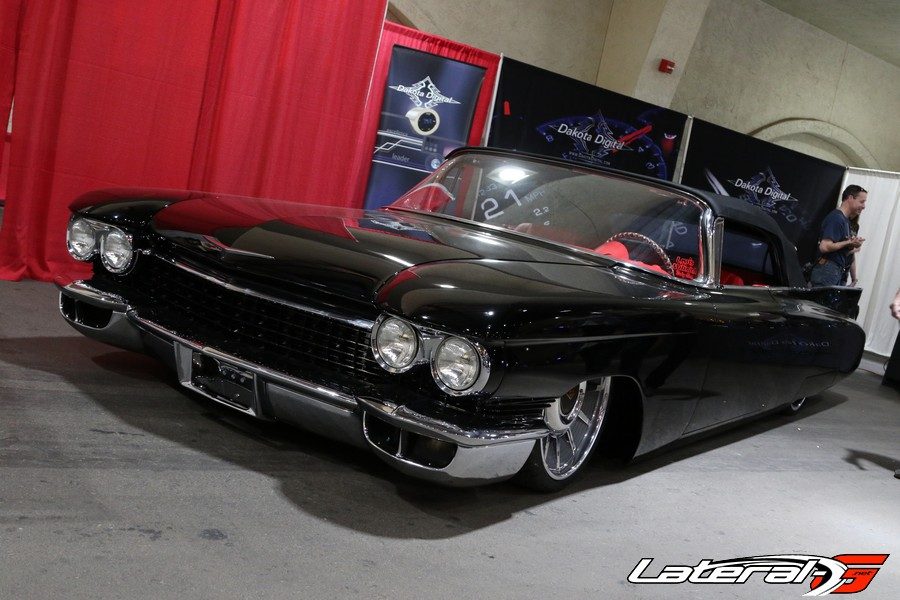 Long, sleek and black Caddy in the Dakota Digital booth.

Outside there was plenty to see as well. We love how there were plenty of Woody’s on hand, a true testament to the California surfing culture. In the Pro Touring world of high horsepower, upgraded suspension, and modern wheels it’s easy to forget what a lot of these cars looked like in stock form. This show is a great reminder of where our car culture has come and where it’s heading as well. 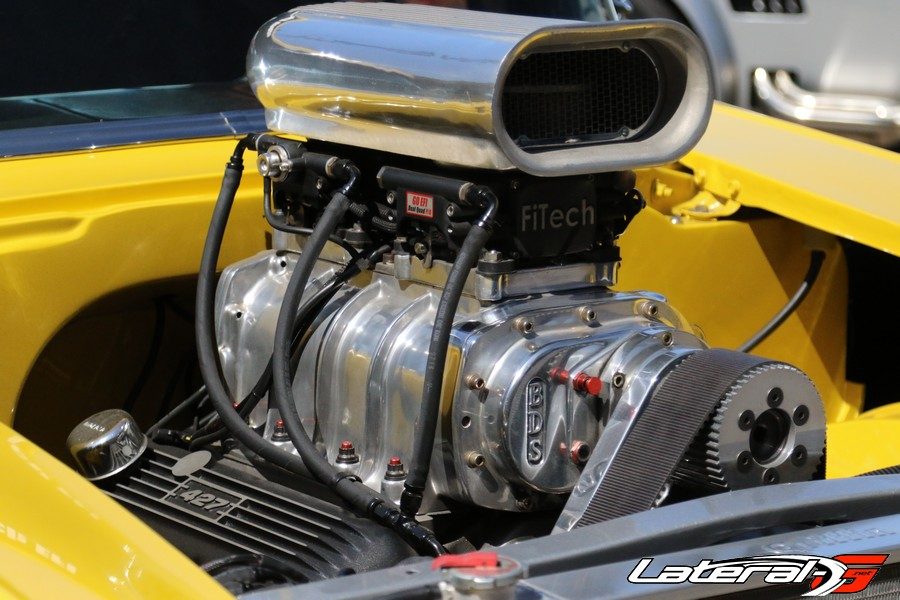 Walking around the general parking area there was a wide variety of cars on display. From bone stock cruisers to high performance street machines. No matter what style of car you’re into, there’s most likely a car in that fashion on display. You won’t get tired from seeing rows and rows of the exact same car at this show, you’ll see the full spectrum of cars on hand. 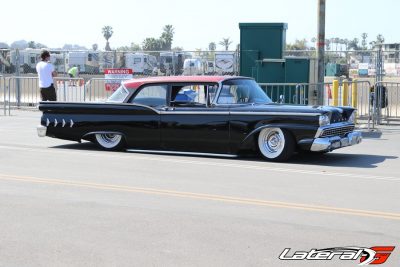 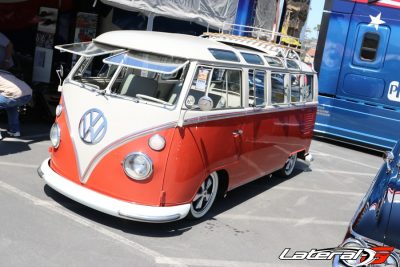 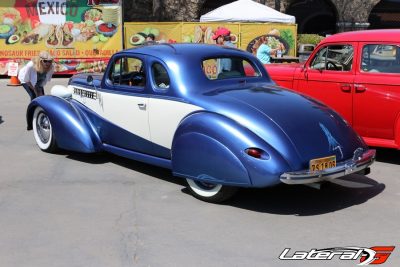 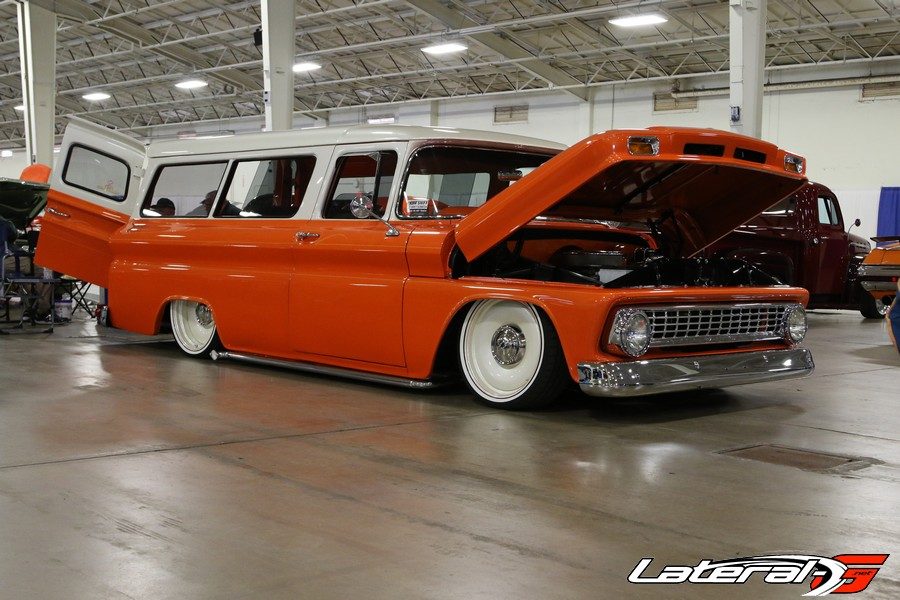 If you haven’t planned on attending a Good Guys show, make sure you do! Hop on their site to see a full list of events.