A lot of hangovers can happen while in Vegas. Being the town that never sleeps and with an seemingly endless flow of adult beverages, it’s not hard to be wiped at the end of the weekend. For us, we have a car show hangover from being at the Holley LS Fest West 2018! An endless weekend jam-packed with LS engines, we need a week to recover from all the fun and excitement. Everywhere you turned, LS engines were screaming and tires were screeching. Last year was the inaugural year for LS Fest West. They learned and adapted to make this show better. Last year, things were a bit spread out – not anymore. Everything was pushed close together which means it was easy to bounce from event to event and be surrounded by LS goodness.

No matter what you like to do in your vehicle, you can do it here at LS Fest West. From poker runs, drifting, off roading, drag racing, you name it – they had it. If you are bored at this show, then it’s your own darn fault. There was no shortage of car things to do. The best part? Every single one of them is LS powered. There’s something so cool about seeing a little Nissan drift car driving by hearing the lope of a very healthy LS engine under the hood. You won’t get that anywhere else! 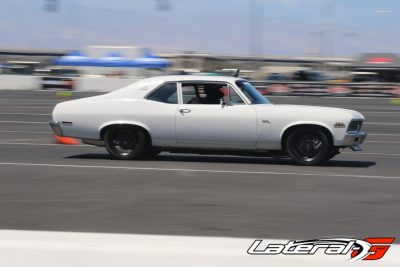 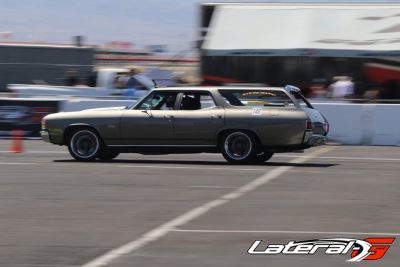 By far the center of attention was the QA1 Lateral-G Autocross. This area was literally located right in the middle of the show grounds with all the vendors surrounding it. That meant as you walked around from vendor to vendor, you had a killer view of the autocross. Lots of great vendors at this show too: QA1, Ron Sutton, Holley, TorqStorm, Baer Brakes, Auto Meter, Centerforce, Flowmaster, AFR, and SpeedTech just to name a few. There was no shortage of cool LS centered parts on hand. The course itself was big and fun. They had it set up so that two cars could be on the course at once, allowing for non-stop autocross action all weekend long. The fastest guys were getting down into the 32 second range, while most were around the 34 second range. We heard nothing but good things about the course layout all weekend long.

Since the course was so big, there weren’t too many tight hairpin turns. That allowed cars to keep up their speeds and not spin out, too much anyways. By mid day Friday most competitors had the track figured out and were starting to chip away at their lap times. Corvettes definitely were the most represented at the autocross during LS Fest. Extremely fast, lightweight and turns on a dime, who wouldn’t want to be in one? However we were most interested in some of the other cars that showed up to race. One interesting thing was LS swapped Porsche cars. There wasn’t just one, but at least three there running the autocross. Porsche handling with LS power? That’s a winning combination in our book. 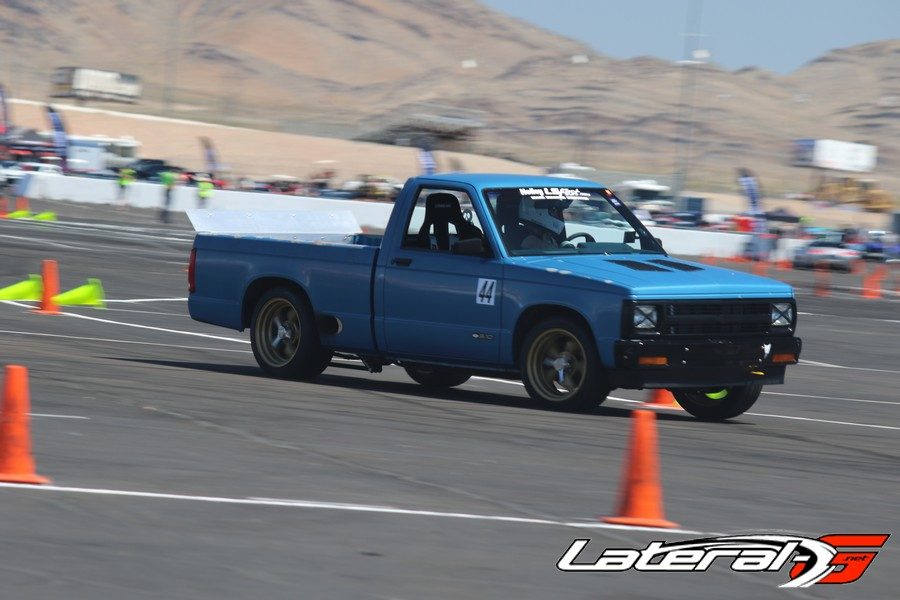 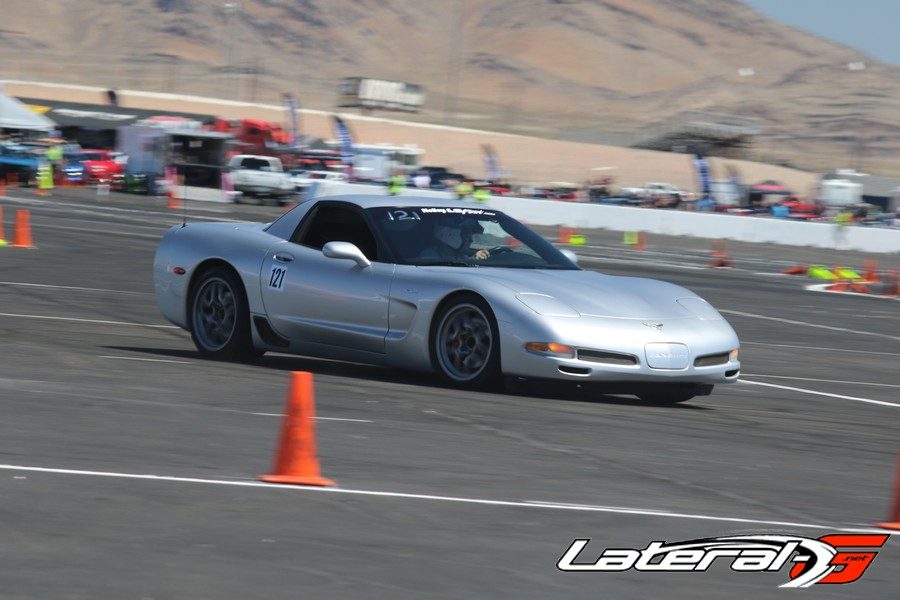 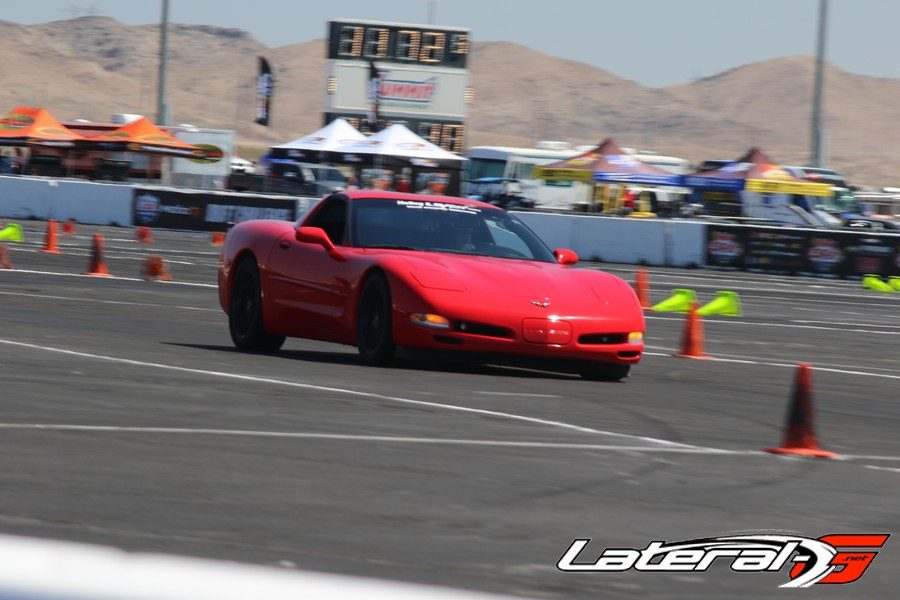 One person we had a few laughs with was Valerie Pichette. Her and her husband Tom were crunching the last month to unveil a new car at LS Fest. When things didn’t turn out as they planned, they improvised. Renting a 6th Gen Camaro SS, they weren’t missing any of the action. A testament to Val’s driving skill, her bone stock rental was faster than most of the field on the autocross with tires harder than a rock. She even managed a 12-second pass on the drag strip! Between running around watching the autocross action, we spent some time checking out the other activities. Last year we randomly checked out the dirt arena and were super impressed. We made sure to stop by this year and see what they were up to. The action up there is insane with massive LS power, big tires, and tons of suspension travel. These cars and trucks were launching themselves all weekend long and sliding around the corners. Another fun aspect was the Hoonigan area where the crew from Hoonigan were up to their shenanigans. This included lots and lots of tire shredding smoke as contestants pushed their cars to the limits. They certainly know how to entertain people and they did just that all weekend long. They were even jumping trucks! One cool thing to do is just watch and observe. You start to notice all the non-Chevy vehicles at LS Fest. Fords, Nissans, Toyotas, even Porsche’s – all LS powered. It’s really awesome to see what cars and trucks people have decided to shove an LS engine into. We even drove one of the weird ones to Vegas from SoCal, a 1962 Cadillac Limo. With the LQ4 and 4L80E, this tank of a car managed to get over 15 MPG and about a thousand thumbs up or smiles from passing cars. Held at Las Vegas Motor Speedway, LS Fest is right next to Nellis Air Force Base. If you’re into planes like we are then you enjoy the build in air show all weekend long. At one point the Thunderbirds were even practicing right over the speedway. LS engines, Thunderbirds and Racing…does it get anymore patriotic than that? If you’ve never been, make sure to come. We can’t wait for LS Fest East in September…book your plane now or whatever you have to do to be there! For more information on either show, hop on over to LSFest.com!