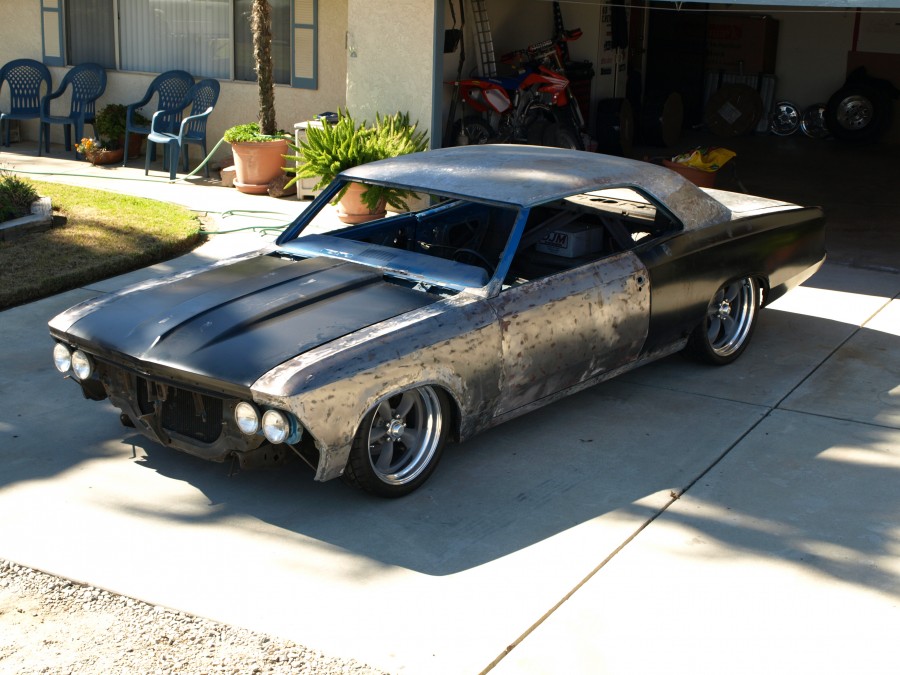 Editor’s Opinion: Is “Built Not Bought” Ruining The Hobby?

“Built Not Bought” is a slogan that seems to float around a lot in the car industry. This saying is a token of hard work, dedication and knowledge. It’s saying that your car is better than the guy who just came in and bought his car. You went over every nut and bolt, fine tuned the motor, picked out the color of the wheels, and he wrote a boring check for somebody else’s work. But I’m here to tell you that “Built Not Bought” is total bullshit.

Off the top of my head, one of the absolute biggest car guys I’m aware of is Jay Leno. There are others, but let’s use Jay Leno as an example. The man lives and breathes cars, and has an amazing collection of rare and unique cars. Does he personally build any of his cars? Absolutely not. He has full time people that restore cars for him. These are the people that are able to rebuild cars so rare they have to build lots of the parts themselves. But does this make Jay Leno any less of a respected car guy? Absolutely not. If anybody sees them, they want to talk cars with him – they don’t stick their noses in the air and say “he doesn’t actually build any of his cars.”

Back in March I read an article talking about how “Built Not Bought” is ruining the motorcycle industry. I posed the question in the Lateral-G forums and had a wide variety of opinions, insights and review. In this particular article, the author says it’s hurting the motorcycle industry because guys might be afraid to purchase a bike and get into the hobby for fear of being scolded by the “Built Not Bought” crew. I started thinking and realized this same effect could be happening to us in the automotive industry. 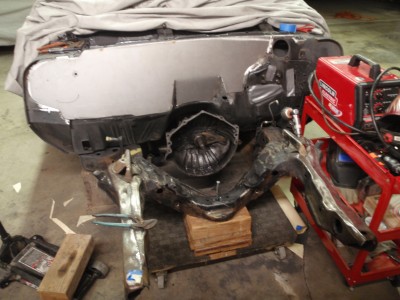 He takes a look at the term and shows how, in his opinion, it’s total bullshit. Let’s apply this same theory to average Joe rebuilding a ’69 Camaro. He disassembles the car himself and starts to repair rust. Most likely he’s going to buy replacement sheet metal and put it on. He might not know how to weld so his buddy comes over and does it, or maybe he hires a shop to handle all the body work. The motor he rebuilds – after having everything machined by a shop. In essence, he assembles some parts together that end up as a motor. It’s the same story with the rest of the car; suspension was bought and bolted on, brakes bought and bolted on, etc.

Everybody loves music – in fact I’ve never met a person that hates music. My taste in music may align or may be the polar opposite of yours. Regardless of preference, we all have a love for some form of music. But for me, I have zero ability to actually play music. Does that mean my opinion on music is less worthy because I can’t play myself? No. I let the professional musicians create that art for me. Hearing somebody say, “You don’t know what you’re talking about, You don’t even play music,” would be very insulting.

There’s no secret that I’m a beer drinker. I enjoy a nice beer from time to time, and love to explore all the different types and styles of beer. What if the same mentality of “Built Not Bought” applied to the beer industry? There are lots of people out there that brew their own beer, myself included. But that doesn’t mean I shame people for not brewing their own beer. I’ll never say “Brewed Not Bought.”

Brewing my own beer gives me a massive amount of appreciation for the people that do. I see how mediocre my beer is and can appreciate the other beers. This same principal applies to cars. Yes, I “build” my own cars as much as I can. But building them only makes me appreciate other builds more, especially the professional builds. I’m a car lover, I don’t particularly care who built it or who owns it – if it’s a cool car I’m going to admire it.

You see my point? The slogan should be “Bought parts, and assembled; Not bought complete,” or maybe “Bought Not Built” for short. That’s harsh…I know. But that’s really the truth. We aren’t out there with a metal foundry designing and casting our own engine block, then machining it ourselves. We aren’t pouring molten glass into a mold and making a rear windshield. When was the last time you took a sheet of metal and stamped out a wheel? Or made your own rubber tire? 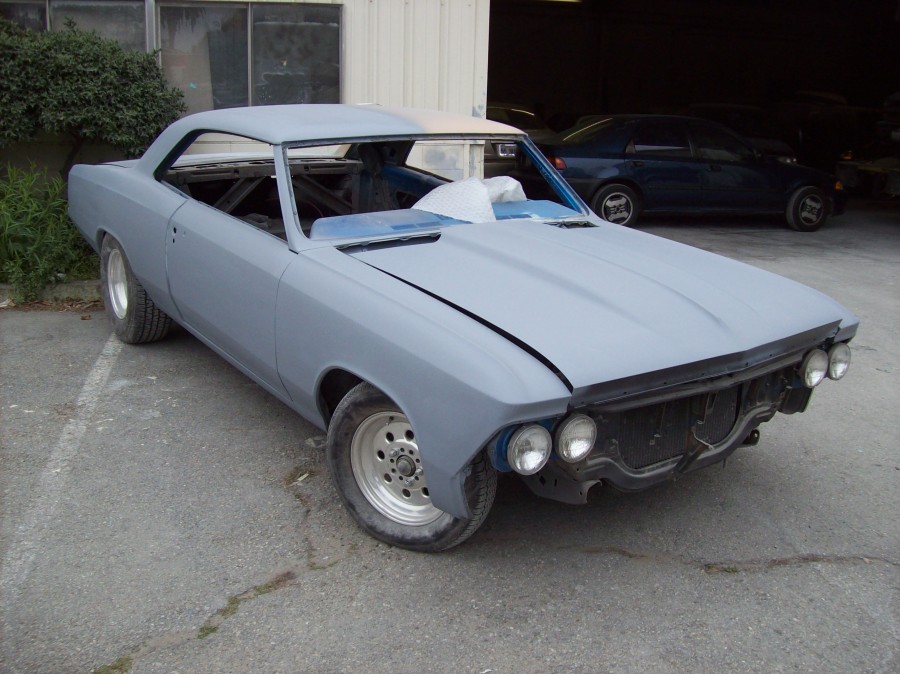 Now there are some builders out there that can, and do, just about every damn thing themselves. They can take a flat piece of sheetmetal, and spend countless hours shaping it into a new roof or fender; They have the skill to take a solid block of aluminum and machine it into a one-off wheel. In essence, this “Built Not Bought” mentality hurts them. They are trying to make a living off restoring and customizing cars, yet some people might be afraid to come to them for fear of a backlash.

To take that a step further, there might be a guy that’s always loved cars, but doesn’t know how to turn a wrench. He’s lusted after that ’70 Mach One since he was in high school, and can finally afford to purchase it. What if he doesn’t because he’s scared of being looked down upon? That only hurts our industry as a whole.

There might be some of you out there thinking about the pride of ownership when you’ve built the car yourself. I too feel that sense of pride and accomplishment with my cars since I built them – or should I say assembled them. Just because you have this sense of pride, doesn’t mean that the guy who bought his car finished doesn’t have that same sense of pride as well.

There have been countless times in my life where I lusted after some material possession. I would put in extra hours and work my butt off until I could afford it. Finally plopping down the cash and getting my sought-after possession left me with the same sense of pride and ownership that I get when I build a car myself too.

What it all boils down to is this: We need to stop the mentality of “Built Not Bought.” There’s no merit behind that statement. Respect the cars, respect the owners and let’s just keep it at that. Love the cars and keep our hobby alive and thriving. 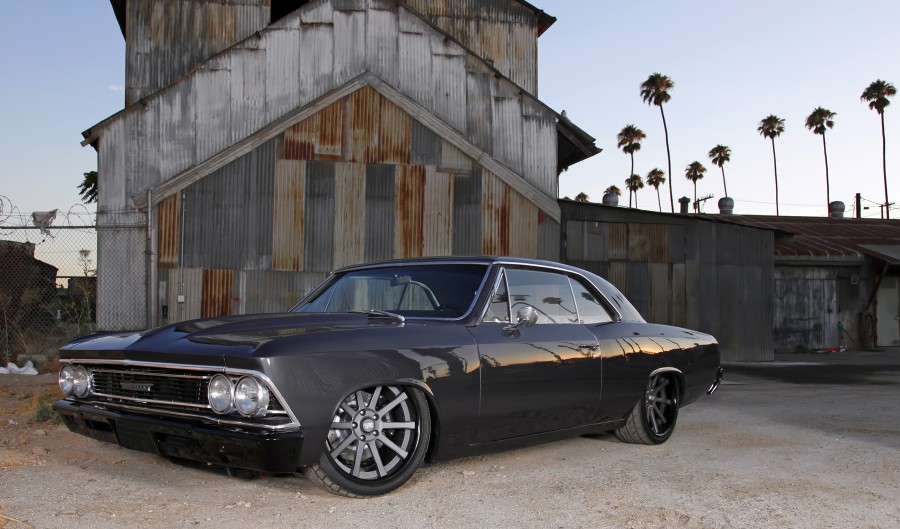