Bringing Back OPTIMA Batteries From The Dead

Recently on Project Way-Gone we had to let the car sit for a few months. Unfortunately there was some draw on the battery so when it came time to start it up, the battery was dead as could be. We were using an older OPTIMA red top battery in it which had been working fine until we killed it by draining it way too low. 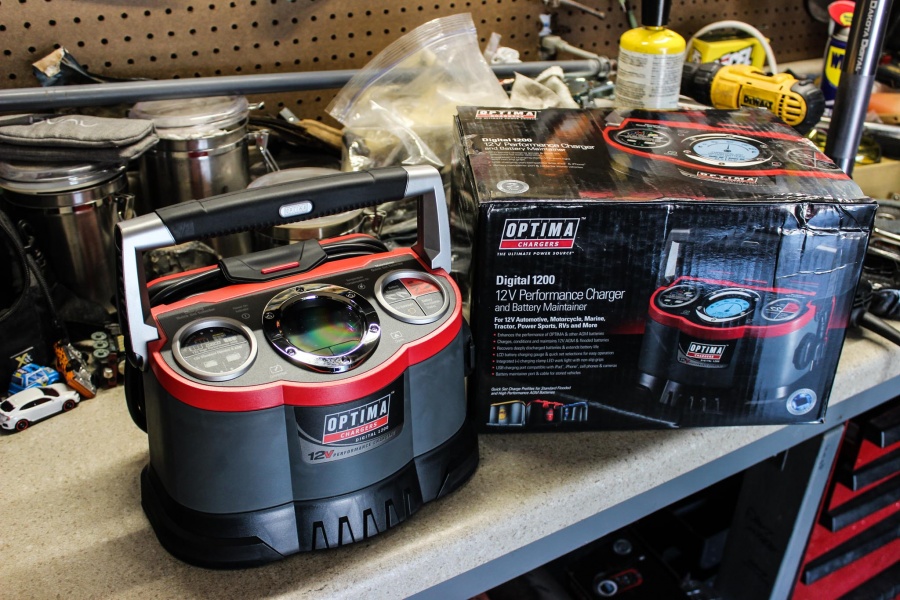 We thought that was the end of the battery but figured we’d give it a shot and hooked it up to our trusty no name battery charger and even set it to the “AGM” setting on it. Even after sitting all night there was zero charge on it. Since we had such good luck and performance with the OPTIMA battery we figured we would just order up another one until we started researching the OPTIMA battery chargers and how they are capable of bringing back dead batteries. Now a OPTIMA charger isn’t required to charge an OPTIMA battery, but if you want the max performance out of your OPTIMA battery then it’s highly suggested. In our case, it was basically required though in order to attempt to bring back our battery from the dead. 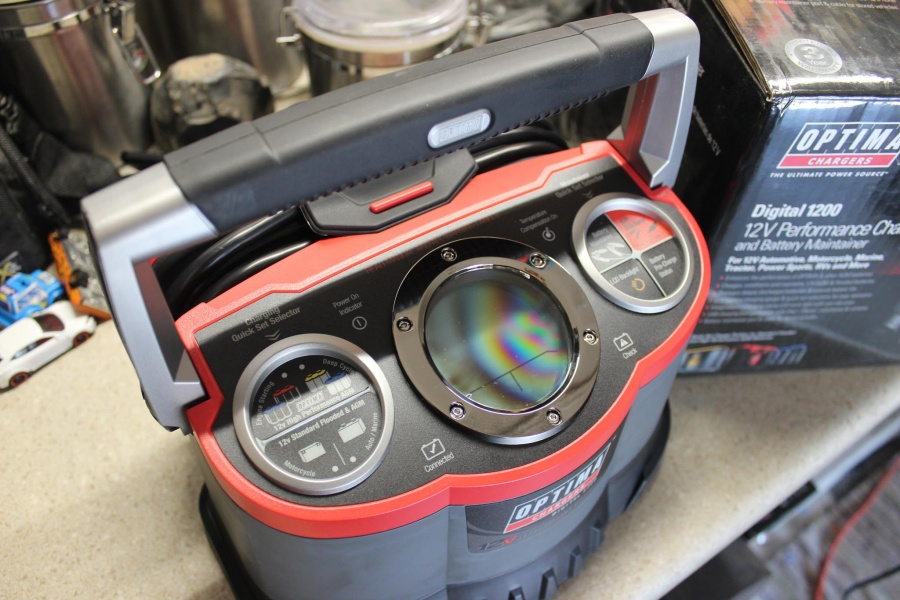 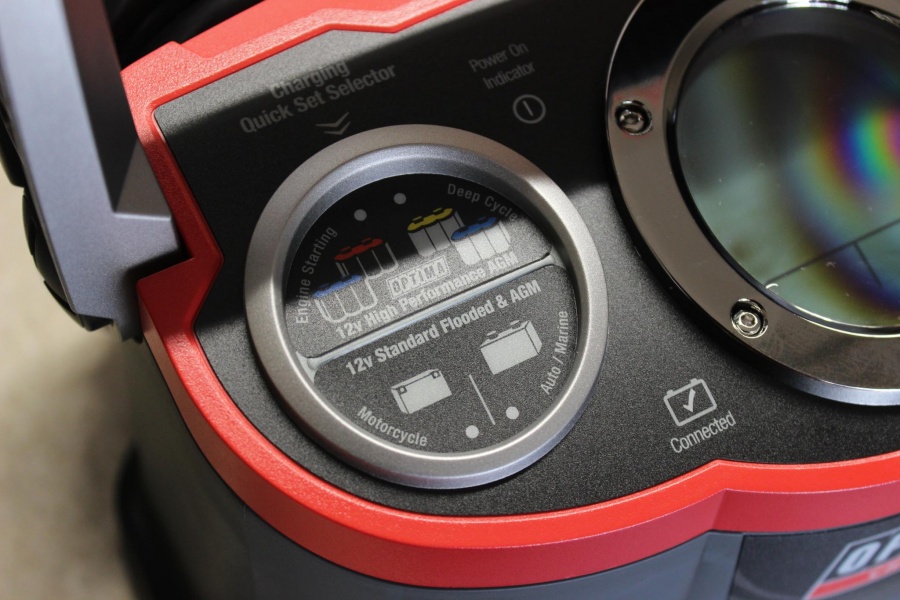 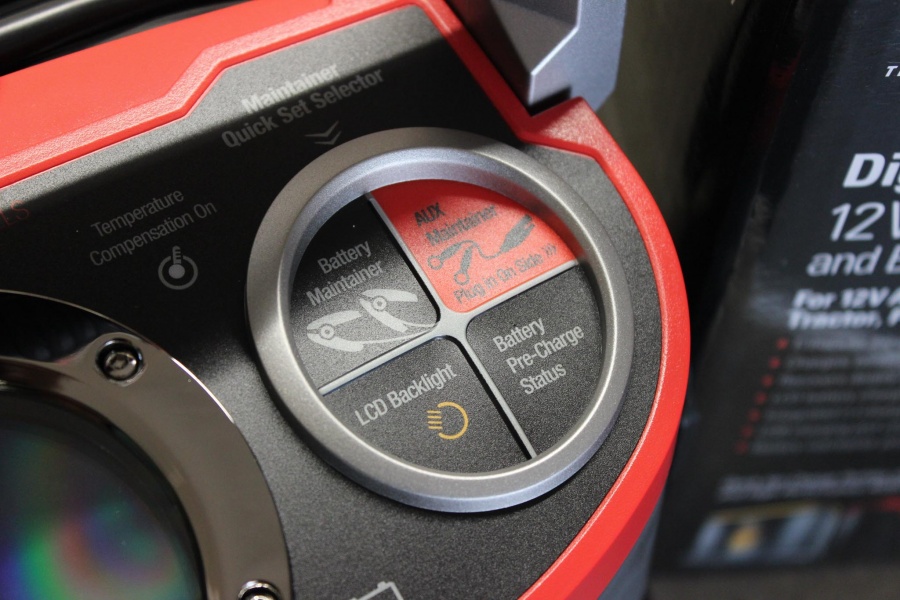 An OPTIMA battery is no regular lead acid battery – which we all know. The OPTIMA batteries can have a draw on them for much longer and much deeper than a regular battery and come back just fine. For example they can go below 10.5 volts and still be charged back up if using the correct charger. The other big difference with an AGM battery is that they are able to charge much faster than a traditional battery, but only with a charger than can handle that. 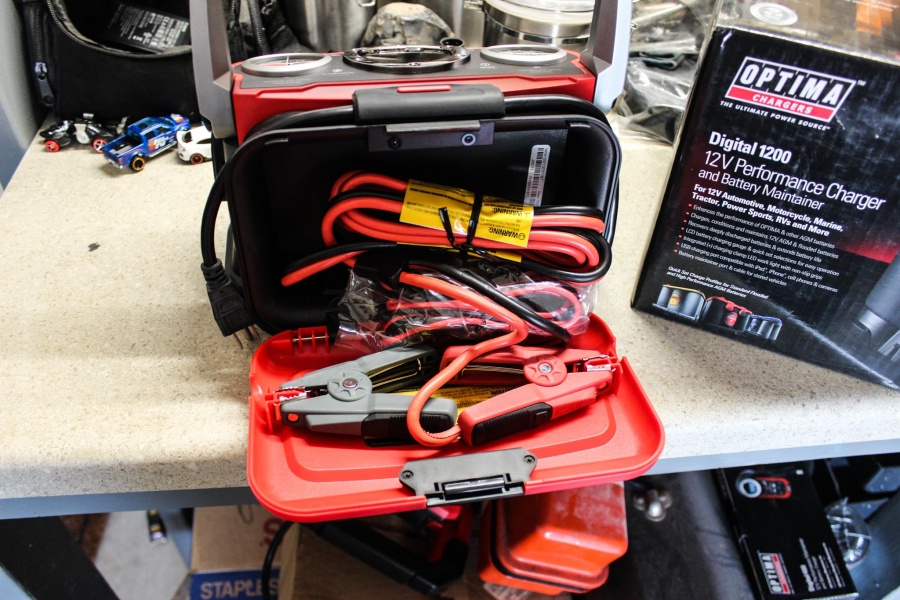 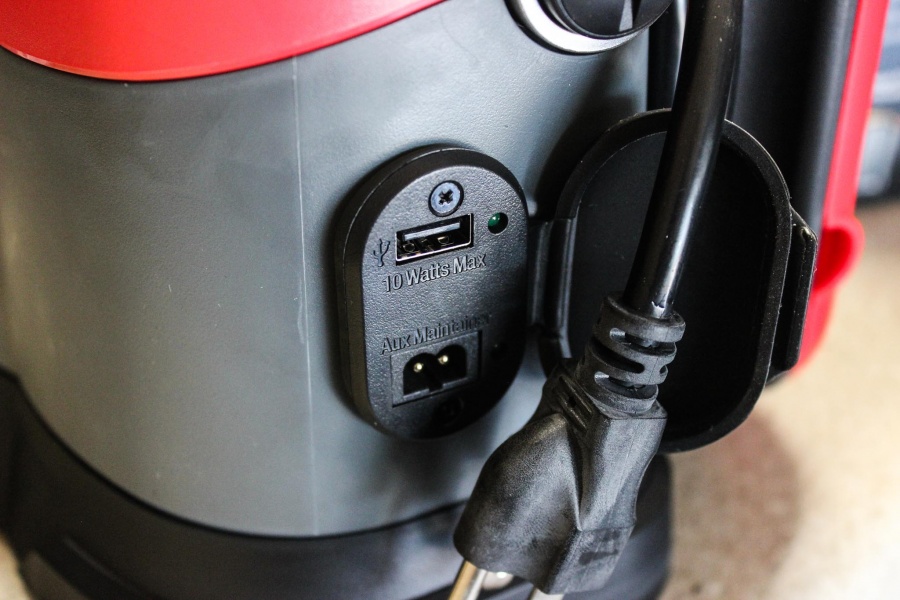 OPTIMA offers two different chargers for their batteries, the Digital 400 and Digital 1200. These are a must have item if you have an OPTIMA battery or for any battery in general as they are a much better and higher performance charger. All chargers aren’t created equal – a lesson we figured out with our cheap no-name charger. 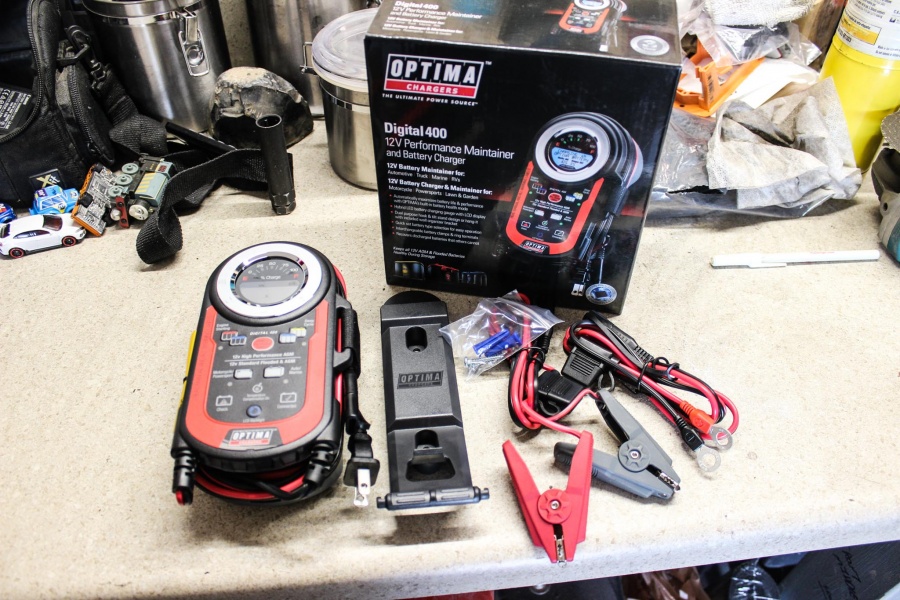 The main difference between the Digital 400 and Digital 1200 is the amperage the chargers put out. The Digital 400 has a 4 amp max output while the Digital 1200 has a 12 amp max output and has a USB charge port. Both chargers are able to recover deeply discharged batteries while maximizing overall battery performance. They have built in battery maintainers so you can clip them on and leave them on the batteries during the off season while keeping the battery ready to fire the engine at any given notice. 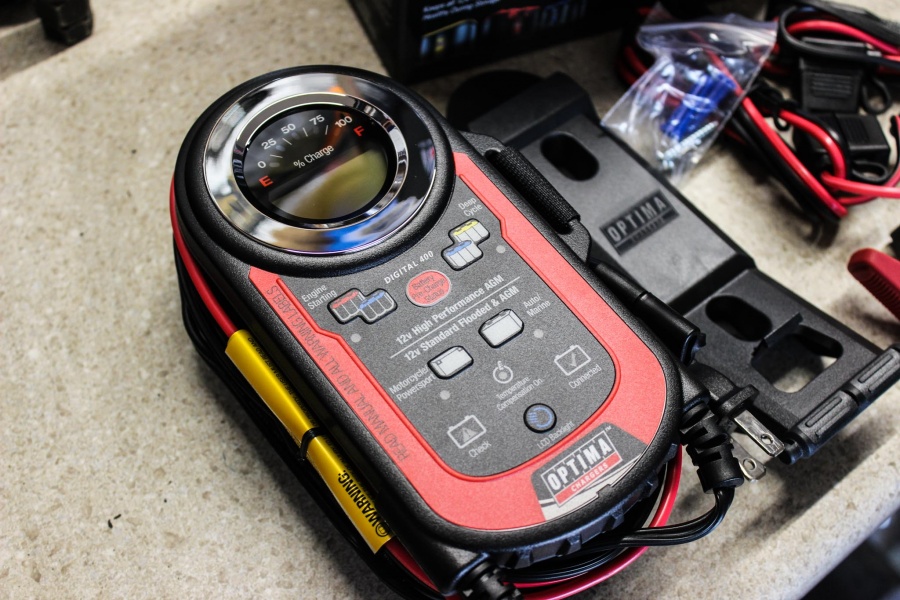 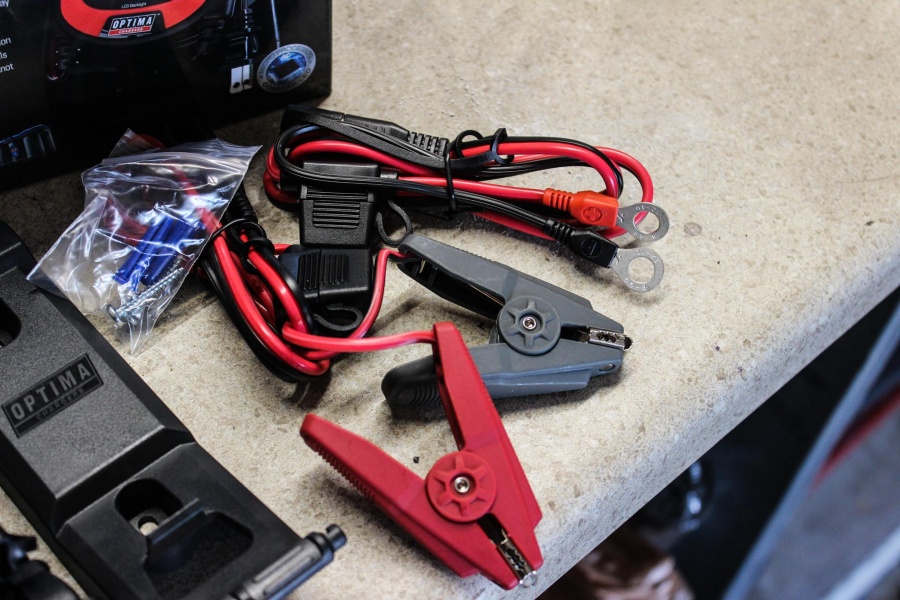 Both chargers feature a bright back-lit LCD screen that makes it easy to read and see what’s going on with the battery. While they are made to be used with OPTIMA batteries, they work just as well with a traditional lead acid battery or even other AGM batteries.

Time To Charge Up 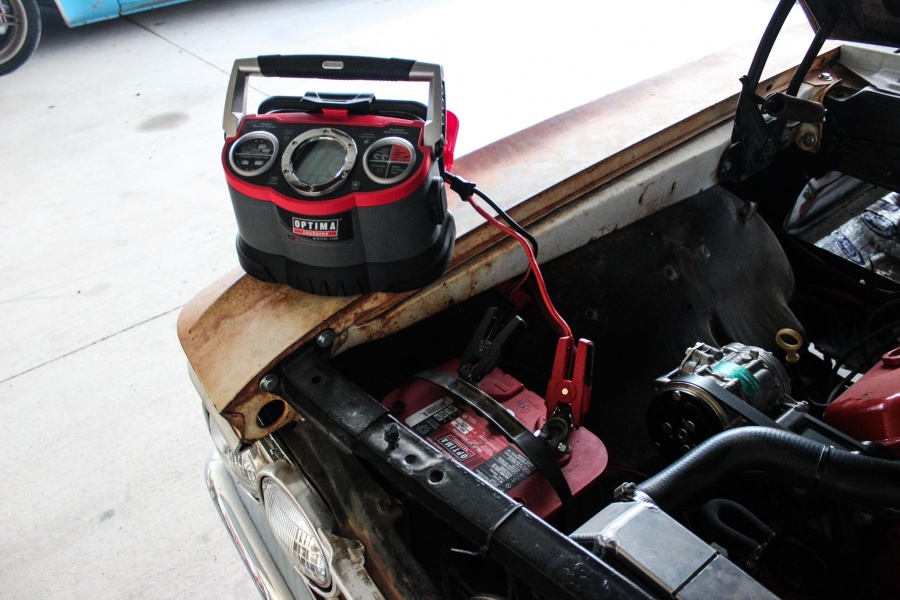 The time came to put it to the test – could the OPTIMA Digital 1200 bring our ultra dead OPTIMA red top battery back from the dead? We hooked the charger up and the charger automatically starts a diagnostics test of sorts to let you know exactly where your battery stands. Ours was dead and we let it start charging the battery up. One nice thing is with the LCD read out we can see what percentage the battery is at – something that most other chargers don’t offer. The charger let us know it was finished so we hooked the battery back up in the wagon and hit the key – much to our surprise it fired up like a brand new battery! We couldn’t believe it.

We loved it so much we grabbed a Digital 400 to use as a back up and to maintain our other OPTIMA batteries as well. We love how compact this one is and we could even hang it on our workbench to use as a stationary charger bringing over different batteries to bring back from the dead.

For more information or to place your order, hop on the OPTIMA Batteries website or give them a call at 888-8-OPTIMA