Do you ever just get burnt out on working on cars and need a break? Well that happened and the result was this ’23 T-Bucket that we’ve been wrenching on. What started as a COVID project has kept on going but was put on the back burner as life got back to normal. Now’s the time to finish this car up and start enjoying it! 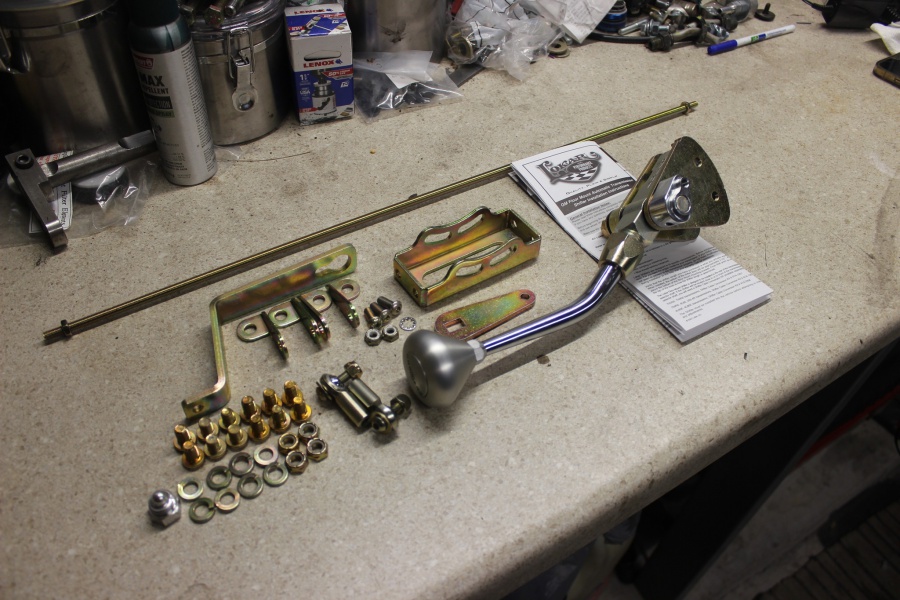 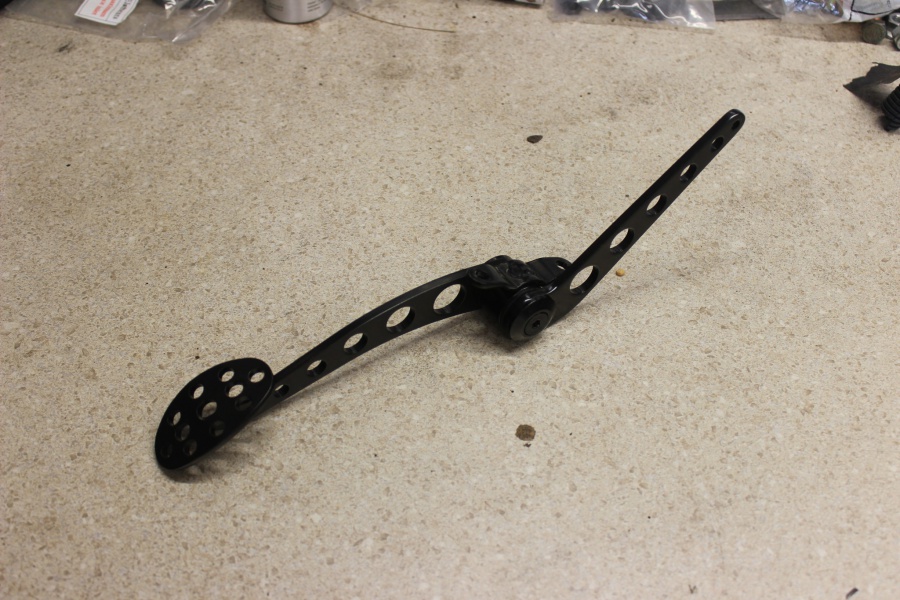 One thing we wanted to focus on was the interior. Primarily getting the steering column/wheel, shifter, and gas pedal all figured out. The brake pedal is a done deal as it came with the car. The steering column is an easy one too but in this car there’s zero room for anything and it was too long. We needed to shorten it up.

We started with the steering column first. The first order of business was to disassemble it and see what we were working with. The column was really basic as there’s no electronics or tilt mechanism. There’s a shift that runs through a tube with bearings on either end. After popping everything apart, we cut down the tube about 8″. The inner shaft we then cut 8″, but the end needed a Double-D on it to properly slide into the coupler. After a little grinding we had a nice snug fit. With everything back together the column was much better ergonomically. 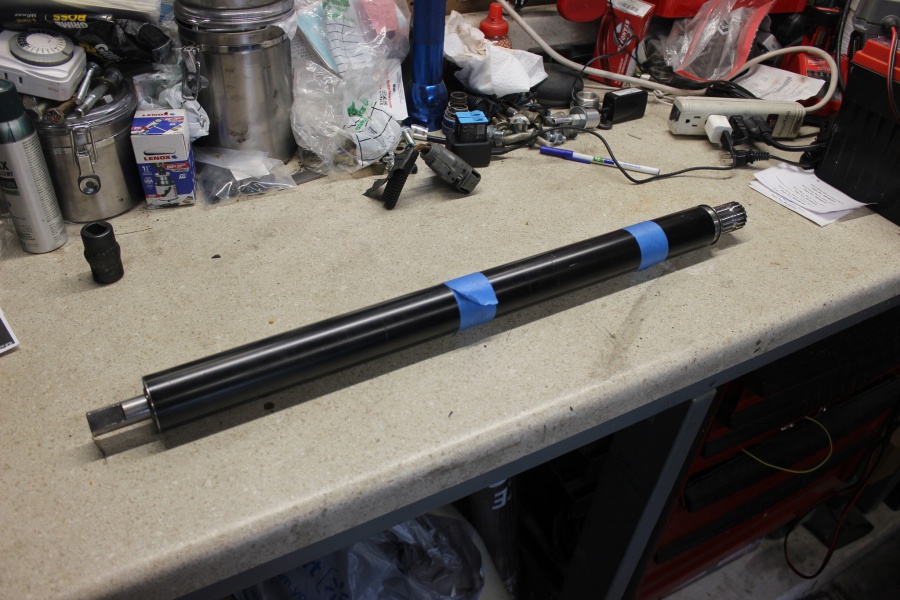 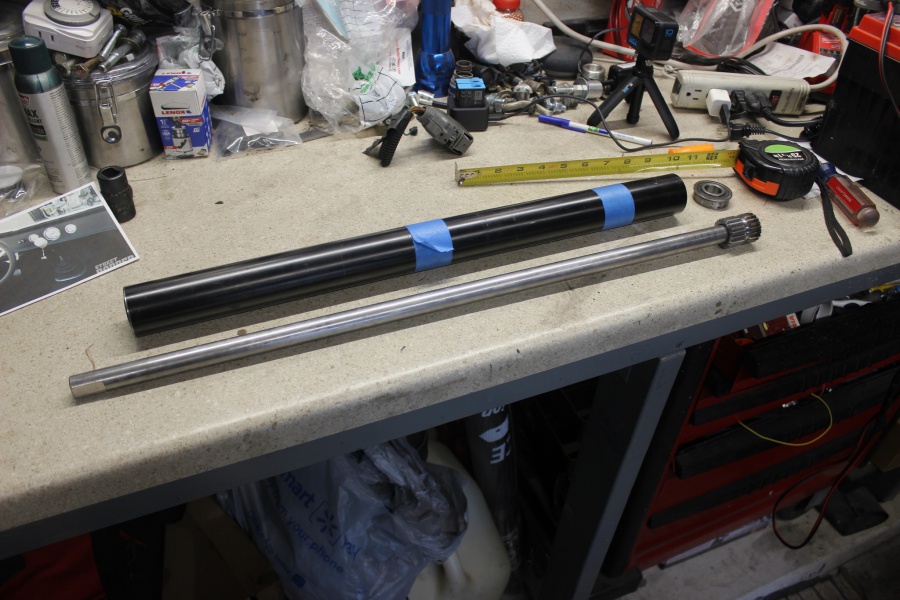 From here we wanted to tackle the shifter. We picked up a Lokar shifter to use as we had such great success with them in the past. They have endless options for handle lengths, shapes, and knob shapes. We went for a basic one since this car isn’t too fancy. Our first order of business was to get the shifter itself mounted to the transmission tunnel. 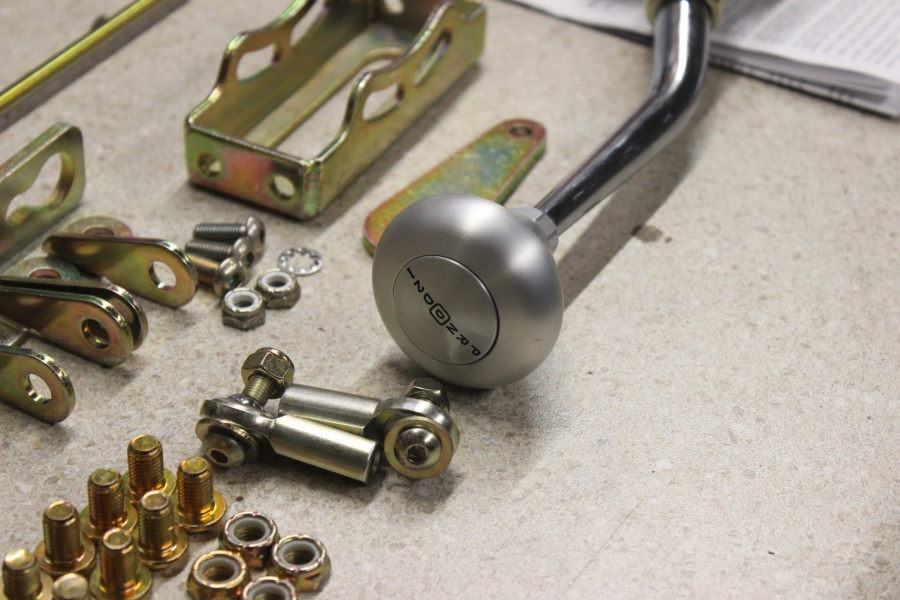 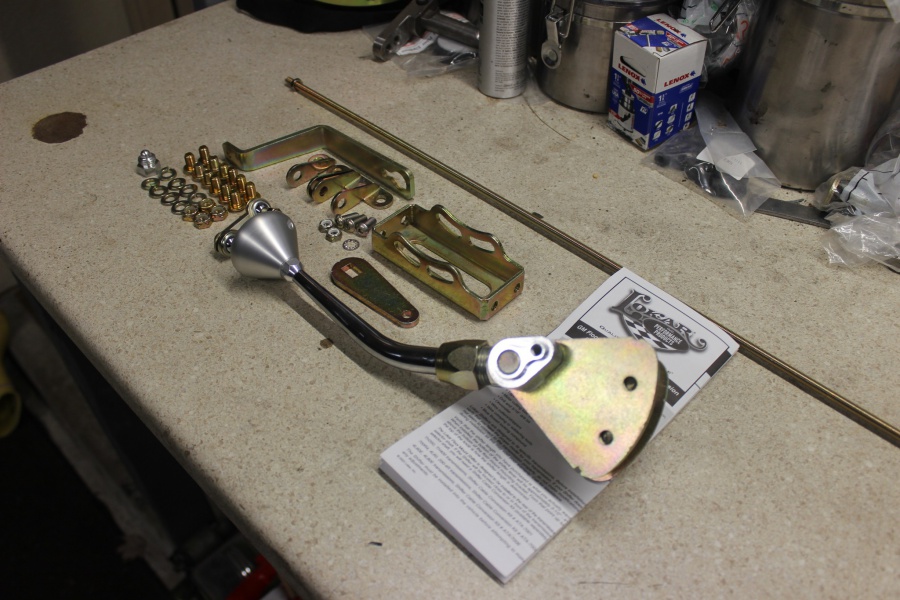 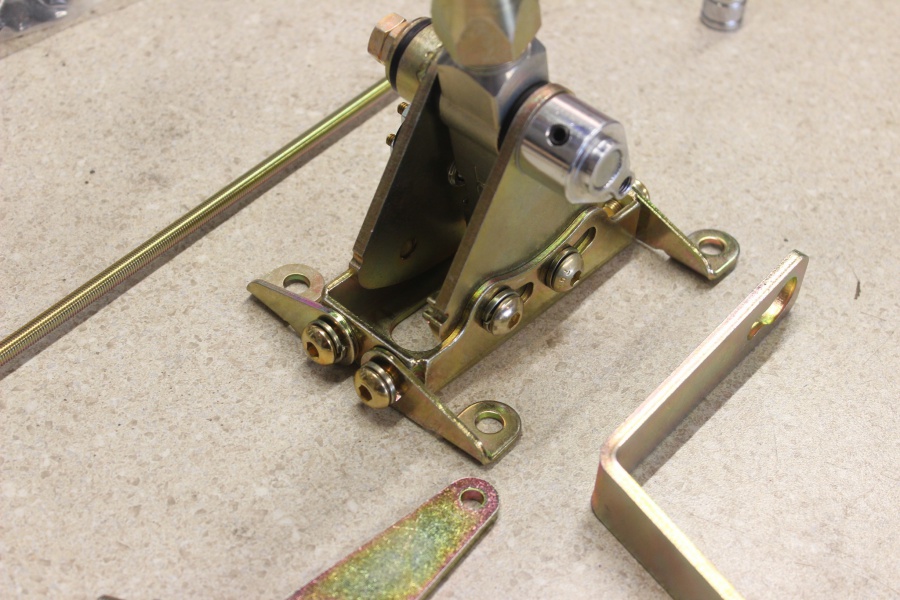 After attaching the four wings to the base of the shifter, we set it on the floor. Before bolting it down we wanted to cut the slot for the arm that hangs off the shifter. After cutting the slot it became pretty apparent that we were going to have to do some more cutting. The tunnel we tried to keep as close to the transmission as possible so that we’d have maximum clearance in this tiny car. We decided to just cut the drivers half up and rework it once we got the shifter in place. 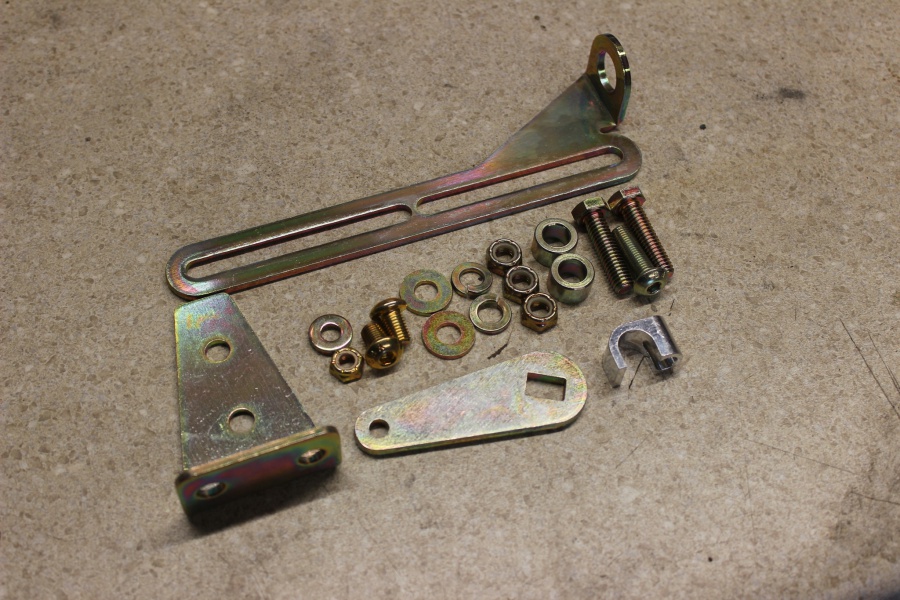 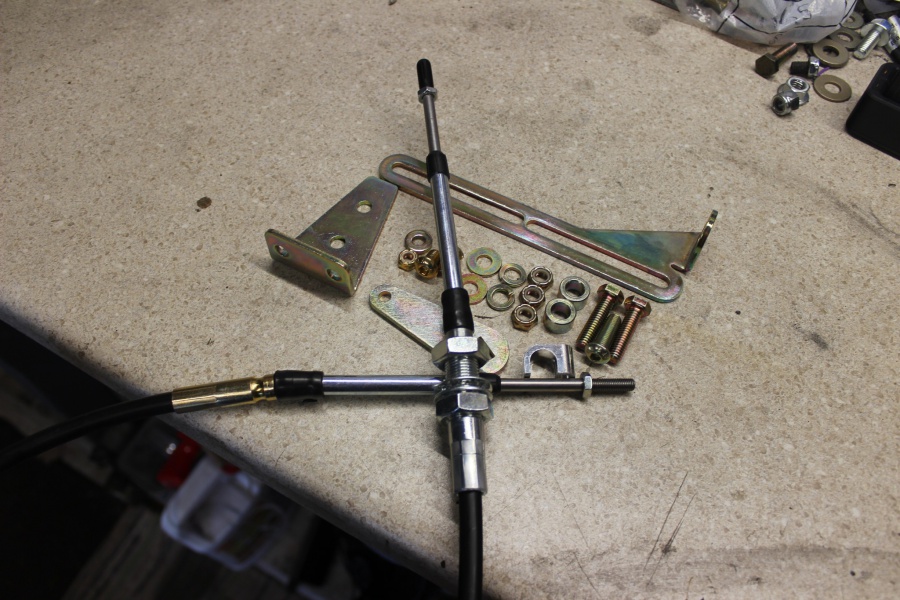 Then we realize that this shifter with the threaded rod wasn’t going to work. The neutral safety switch is in the way and once switching into gear the arm on the trans would hit. We started brainstorming a bit and actually reading the instructions and saw that Lokar offers a cable to use instead of the rod. We ordered one up and a few days later it arrived and we went straight to work. 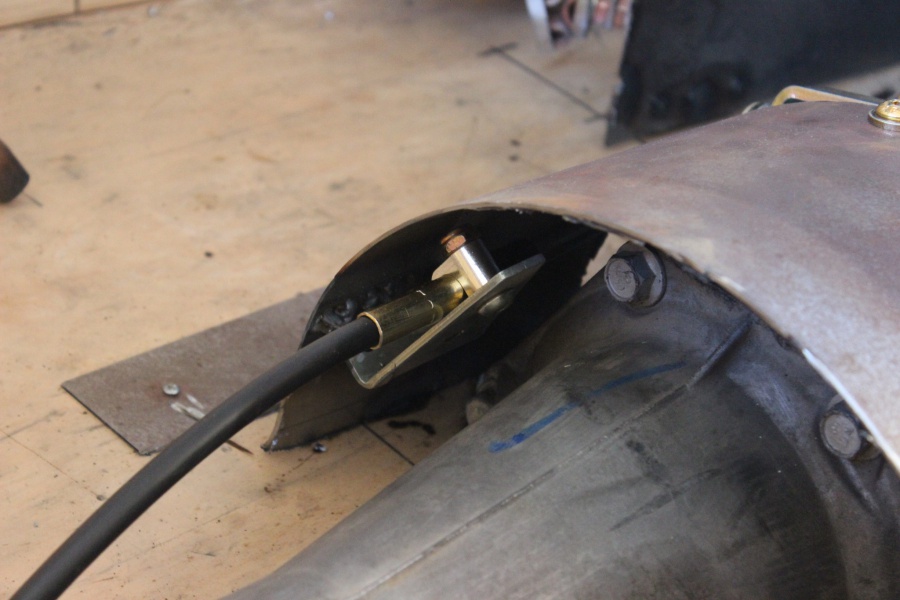 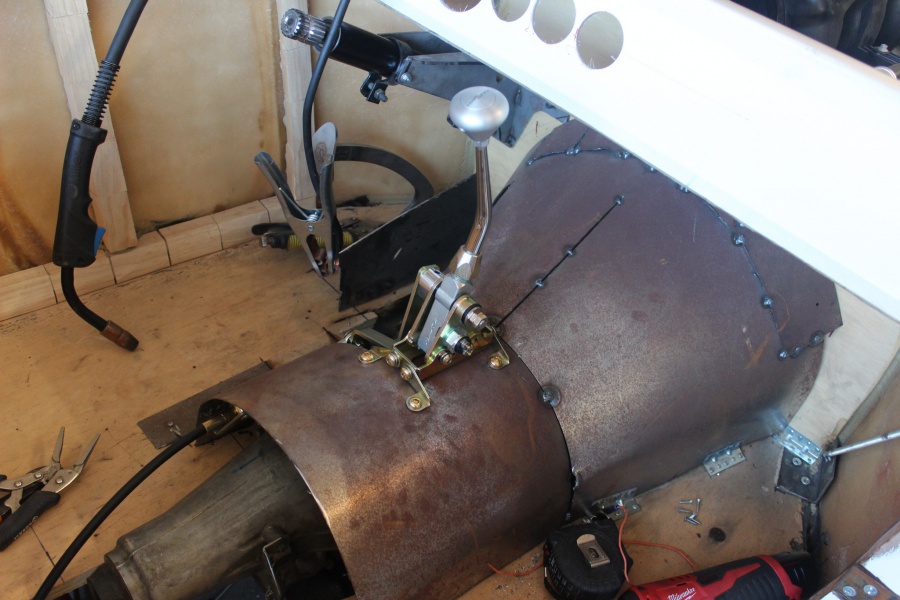 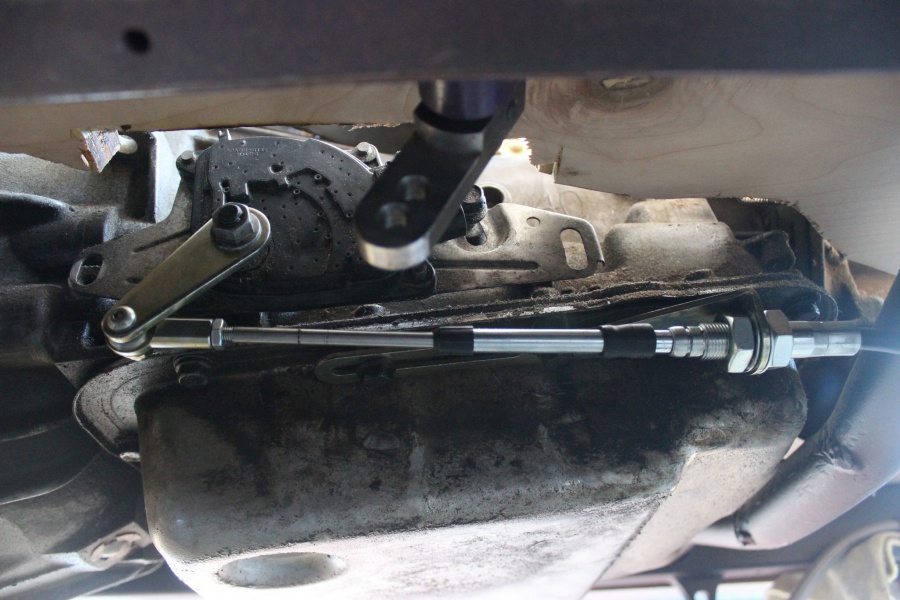 The last thing to install was a Lokar Lakester gas pedal assembly. These are two arms that are splined together at the pivot so you’re able to move to the arms to the perfect location. After looking under the dash it became apparent that the easiest spot was to mount it to the steering column bracket. If we did that though, the pedal pad would be quite a bit higher than the brake pedal pad. 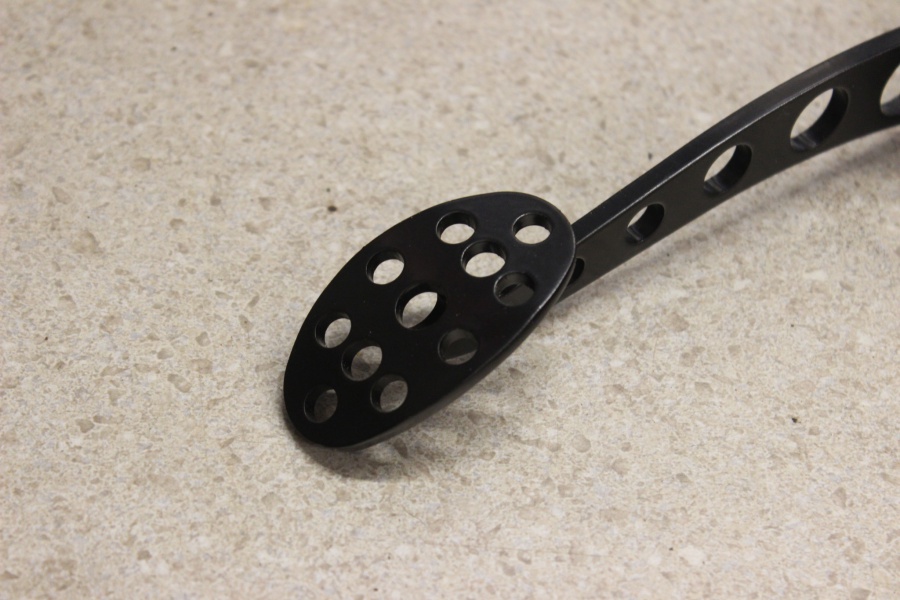 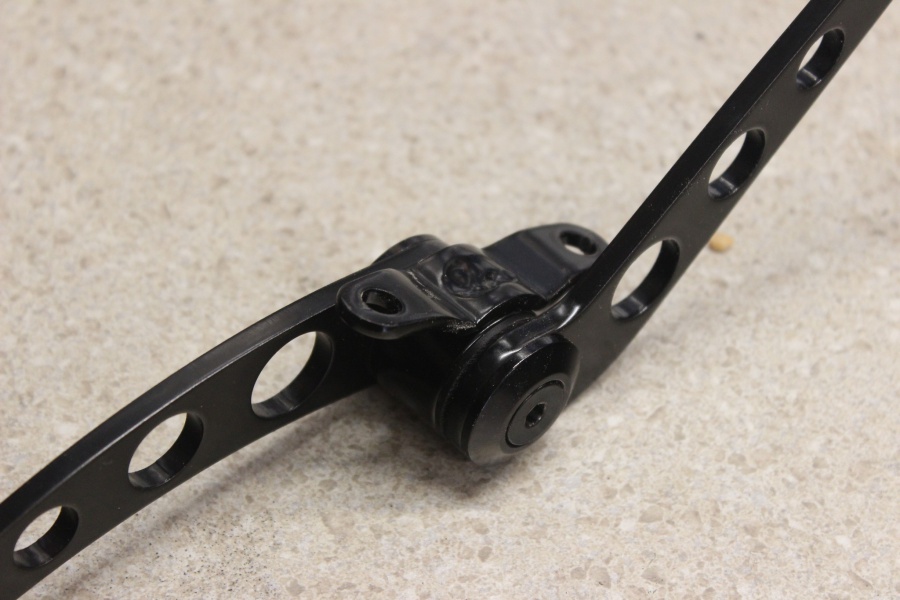 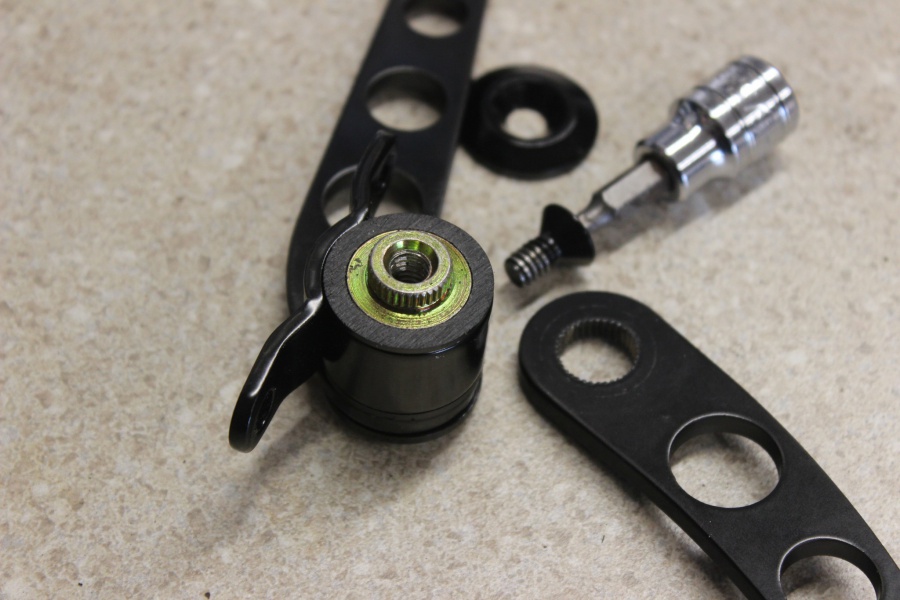 Looking around we saw a piece of rectangular tubing and we cut a piece out of it to give us a ‘C-Channel’ that’s 1.5″ tall, which will drop this assembly down. A few holes and the extension was bolted to the pedal. With the welder sitting there from our other repairs we welded the ‘C-Channel’ piece to the steering column bracket. 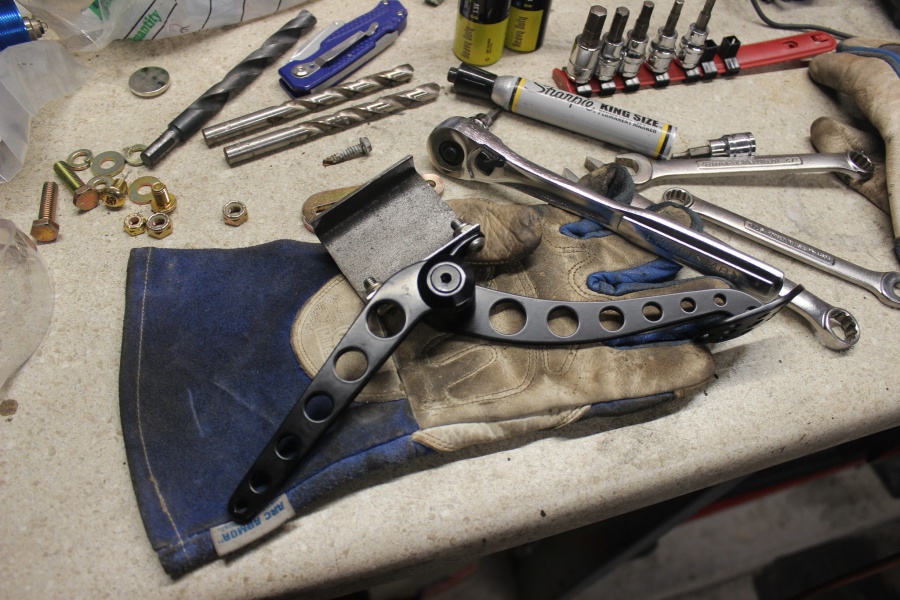 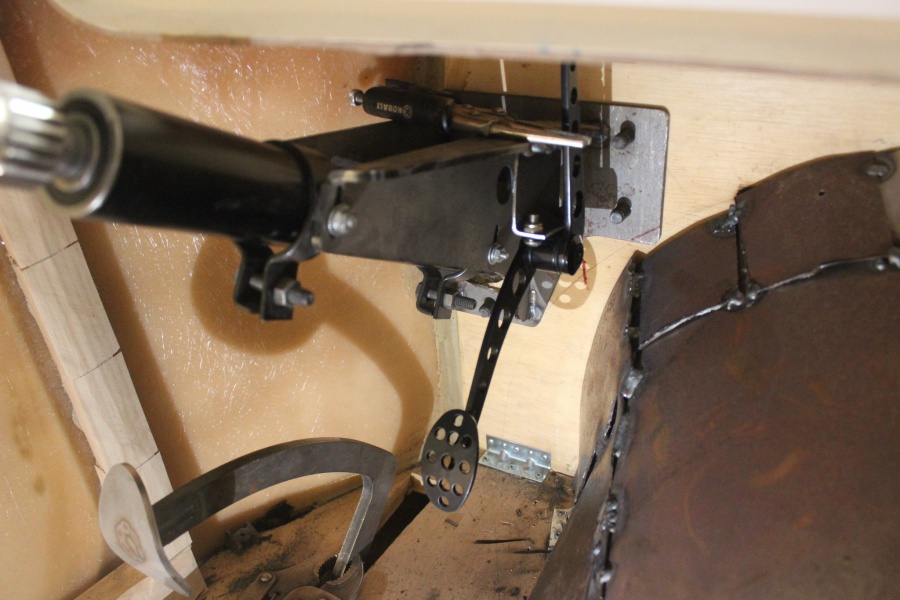 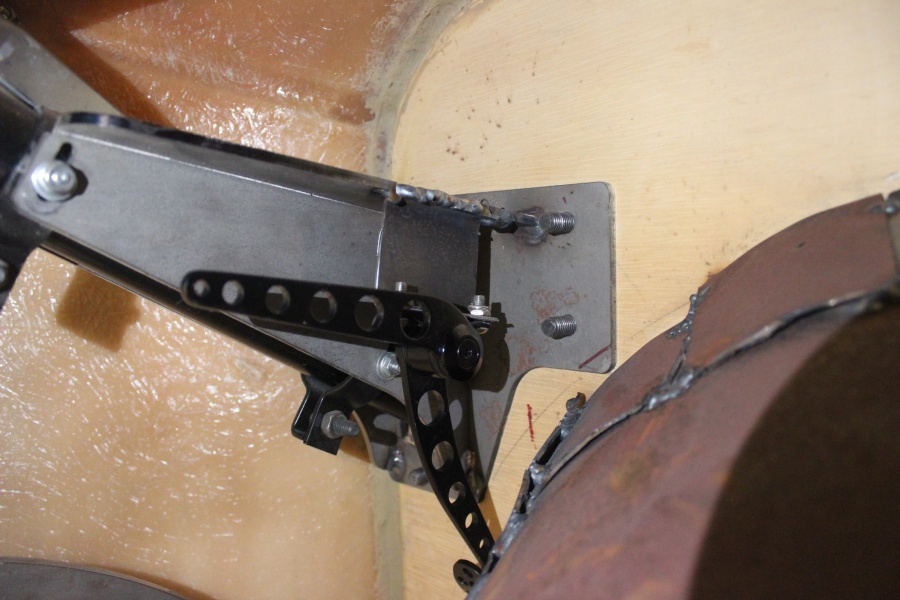 Just like that over the course of a weekend or less, we had a proper steering column, shifter, and gas pedal! We did order up a Lokar throttle cable, but have to wait to install that until we figure out the bracket to hold it on the intake – so check back for more updates!