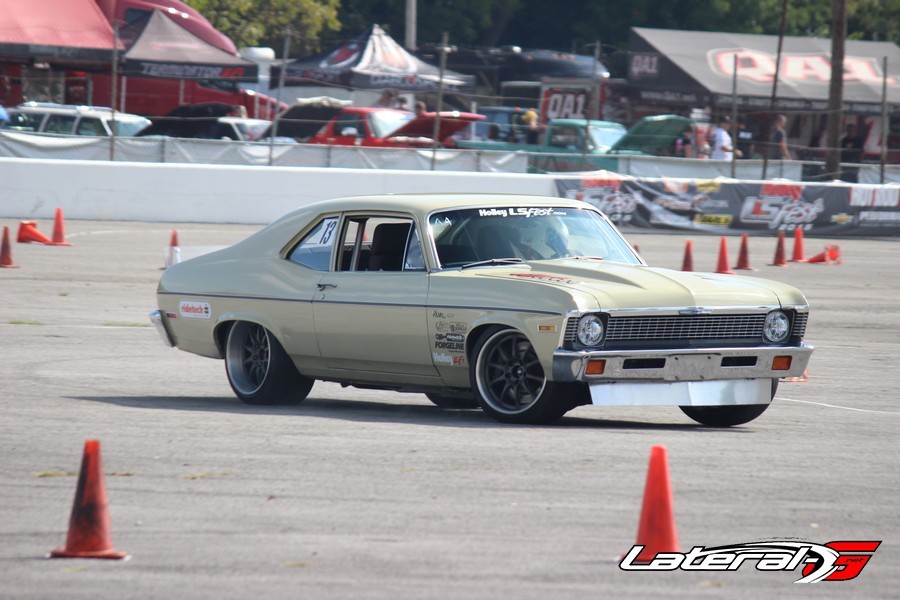 If you start to attend autocross events, either as a spectator or participant, you’re bound to notice a wide array of vehicles on the track. From a ’69 Camaro, to a bone stock F100, to Station Wagons and everything in-between. We started to wonder what cars are better suited for Pro Touring?

Obviously, some of the cars out there are performing better than others. Is that because of their inherit design? Or is that because of the modifications the owner made? Right off the bat most people would say a ’69 Camaro, or some sort of first generation F-body. The car lends itself to upgrades, and there are an endless amount of them available.

Diving deeper, we started to think further about the cars and try to put some sort of constraints on what makes a good Pro Touring car. Sure, a brand new C7.R from Chevrolet or new GT40 from Ford would annihilate most people if the right driver is in the seat. The problem is, only those with extremely deep pocket books will be able to afford these rides and they aren’t the best on the street. On the flip side of that coin, the driver itself has a lot to do with being able to read a track, adjust the car, and know the limits of both. But taking the driver out of the equation, what car is best suited?

We started by looking at a few different things that have to be considered for building a stock car into a Pro Touring machine.

Let’s take a quick look at each category starting with popularity. Who cares if it’s popular, right? Wrong. The more popular the car, the more likely there is to have aftermarket parts available for it. Some ultra-rare Ferrari might be really cool, but good luck finding any sort of aftermarket support for it. Choosing a car that’s popular helps with finding “bolt-on” parts and helps you learns the ins and outs of the car from other drivers. 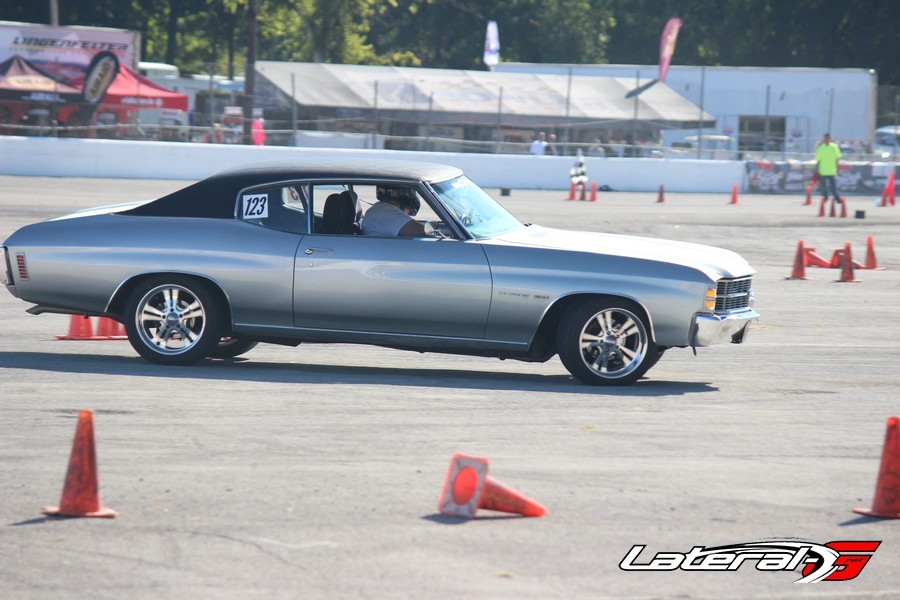 Availability is a huge factor as well. Going back to the example with the C7.R or GT40, there aren’t that many of them. That makes the price go up and just like popularity, the chances of getting off-the-shelf parts will dwindle. The price going up brings us to the next point, price to purchase. If you’re just getting into the sport, you’re more than likely not going to go out and spend hundreds of thousands of dollars on a car. You’re going to want something that’s affordable to get into and have parts to be affordable as well.

The last point is a huge one too – performance after modifications. Let’s face it, some of the most popular Pro Touring cars flat out sucked off the assembly line. Most of these cars weren’t really meant to take turns. Even if they were, technology has drastically changed and their technology just isn’t up to par anymore.

As you can see, there are many things to factor in when looking at building your dream Pro Touring ride. Instead of us saying what we felt might be an ideal overall candidate, we decided to talk to some of the best in this sport and get their opinions.

These opinions are from the people racing every weekend and that have built lots of cars, so they know a thing or two about Pro Touring. We asked them what their opinion was given the categories above and try to narrow it down to the top three cars.

First up is Mark Stielow. He’s built a half dozen first-gen Camaros, each more bad ass than the previous. When asking him he told us that “hands down the 1967 to 1969 Camaros are the best, followed by the 1970-1973 Camaros and Firebirds.” 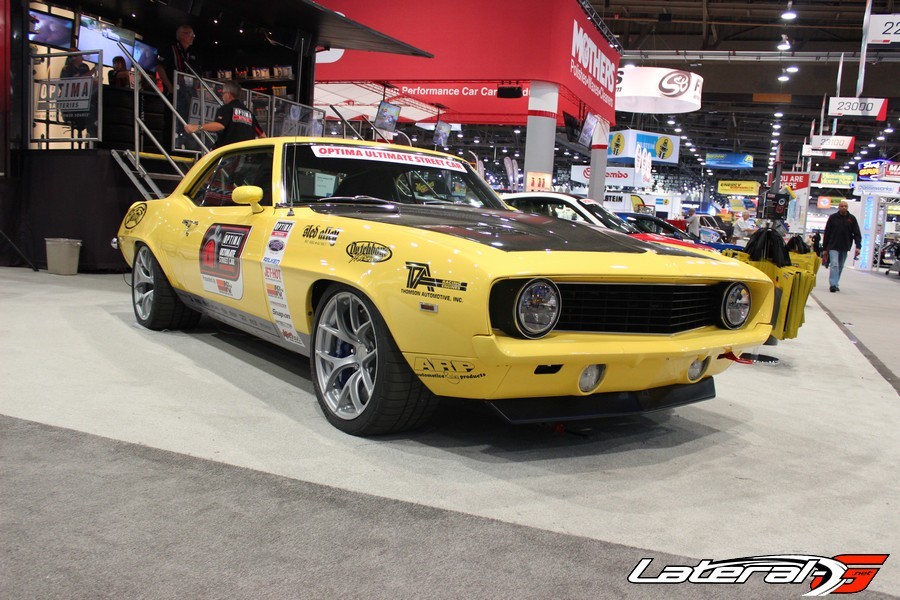 “ As for the third place car that is tough – I think it is the Chevelles.  I base this on availability of parts and resale value. I think the Mustangs will come along but they are a little like Corvettes where there is a bigger community that wants to keep them stock. The Camaros and Chevelles are more of a mix.”

“The 98-02 Camaro/Firebird are one the best for price vs. value I feel. The LS1 engine boast great power and can easily be increased with a few bolt-ons. The suspension is set up well and easy to work with. There is virtually every product out there available for it in regards to suspension, safety, wheels, engine, cooling, transmission, rear end. You can pick up a clean LS1 car for $6K-10K as a great project. 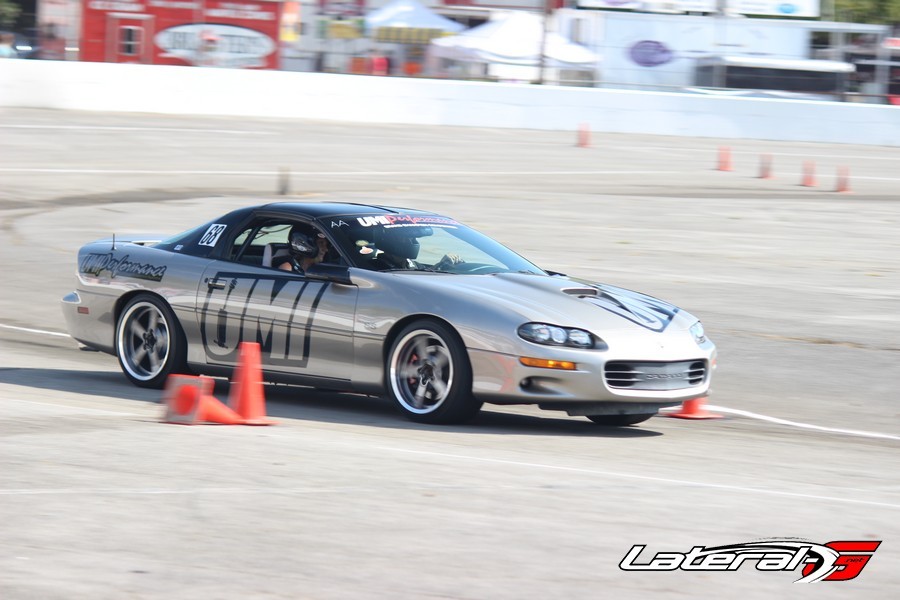 “The 78-88 G-Body is growing in popularity but is still affordable. For under $5K you can pick up a very clean car that is road worthy with a good straight body and complete ready to drive. Although stock they lack some power the suspension on these cars is easy to work with and again has all the products out there you would ever want. For power these cars easily accept a built small block chevy or a few mods to an existing V8 car.

“Both the cars above are budget friendly cars and for less than $15,000 you could build a well respected pro-touring car,” explained Kirkwood.

Chiming into the conversation was RideTech’s President, Mr. Bret Voelkel. “There are many varied criteria for ‘best’ pro touring vehicle platform. The question I always ask of my customer is, ‘what are you going to do with the car 80% of the time?’ For some, autocross or road course performance is top priority. They want to be a hero at a Goodguys, Optima, or an SCCA event. For others, a comfortable back road cruiser that will navigate turns with confidence. Then others look at low cost and accessibility where they will build the car they already have. 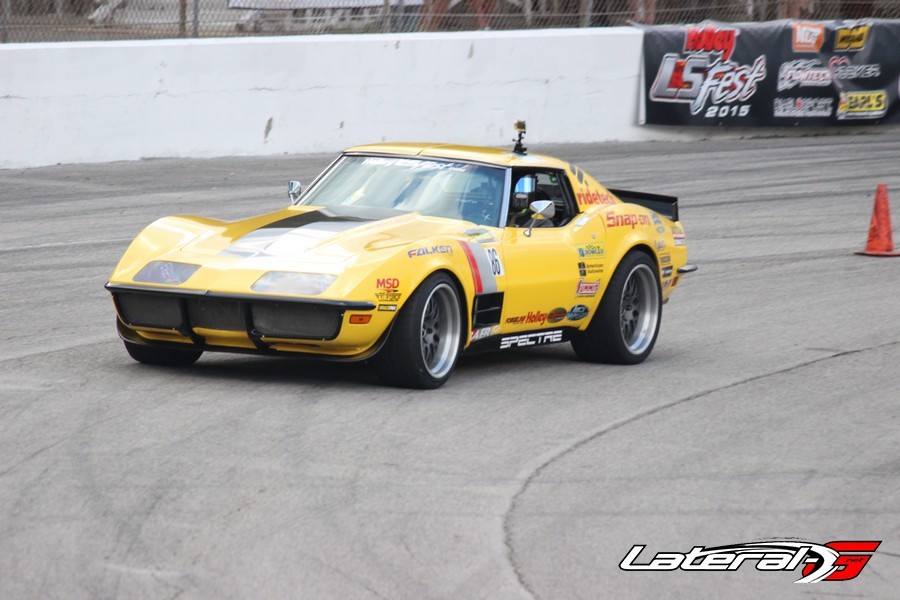 “My criteria for the BEST hotrod or pro touring vehicle, in order:

“My personal favorite choices would be:

One of our resident suspension guru’s is Ron Sutton of Ron Sutton Race Technology. If it’s had wheels and a motor, more than likely he’s raced it and been successful. With Ron, there are no easy answers since his knowledge base is wide and deep. He gave us an even in-depth response than our criteria listed above, and it’s important to take a look at things this way as well.

“As you know…the concept & goals for Pro Touring vary from person to person.  Some fundamentals don’t change … but how the car is built plays a role … as well as the person’s planned usage & goal.  I break it down into categories,” explained Sutton.

“Planned Usage & Goals, Street & Autocross only, Street & Road Course Only, Street & Equal Balance of Autocross & Road Course. Then you have to consider fundamentals like Weight, Wheelbase, Trackwidth and Aeroshape. Lastly you have to think about the type of build; Bolt-ons to a stock frame/clip, Replacement of frame/clips or a ground-up build with custom frame, cage, suspension, etc. So as you can see we already have quite a matrix going.  I’ll do my best to suggest possible cars to fit these parameters, keeping within the Muscle car era,” continued Sutton. His list is vast, but takes a much deeper look than our criteria. 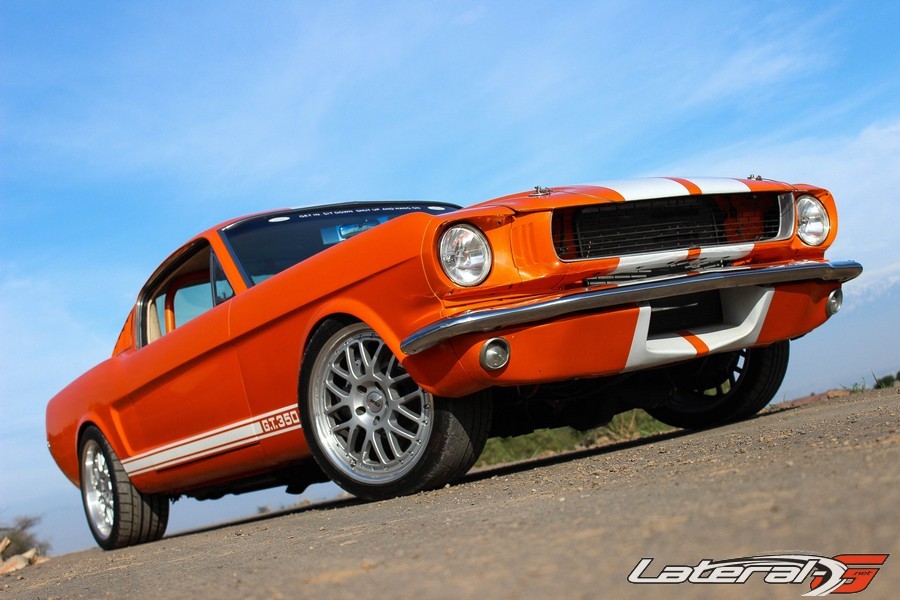 b.  Replacement of frame/clips and therefore complete suspension

Going a step further, Ron talked about the best choices based upon a Street and Road course only combination. 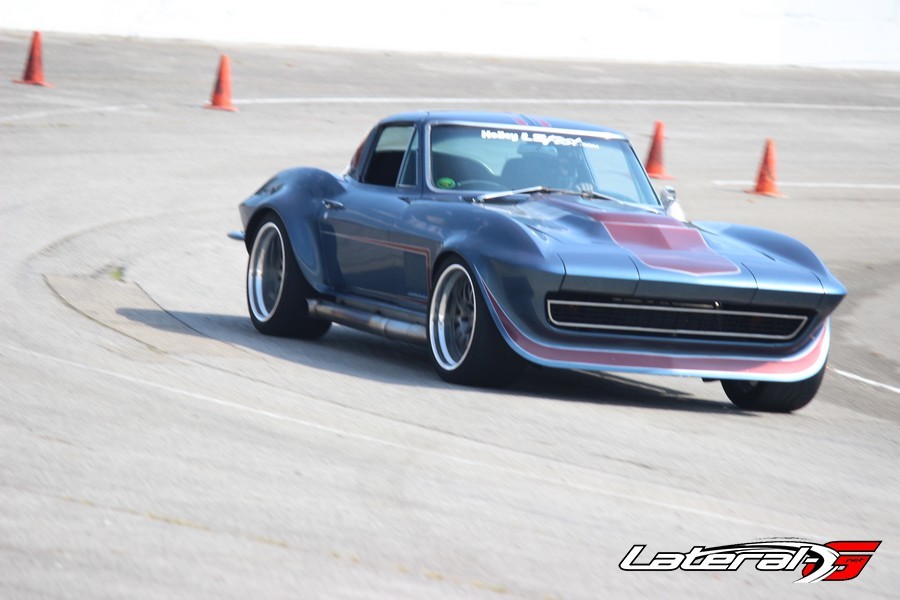 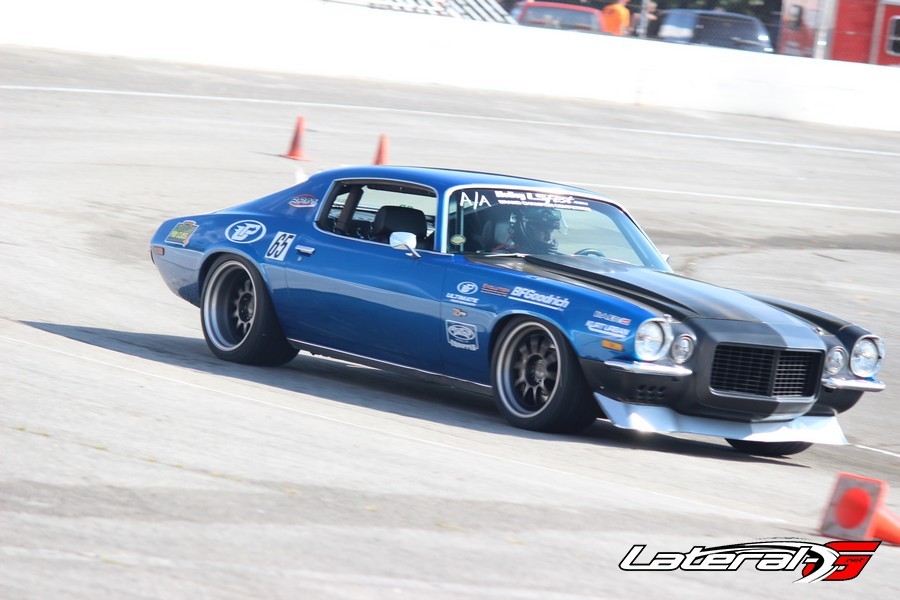 b.  Replacement of frame/clips, and therefore complete suspension

Continuing on Ron said, “These are good starting points, because a great driver in a truck can beat a mid-level driver in a Porsche. The suspension set-up and tuning play a huge role. A well set-up International Harvester Scout can beat a Corvette, with the right suspension, brakes, driver, etc.” As you can see from his extensive list there is a lot of applications that are the same for each category. However depending on your intended usage, how each one is built will be wildly different. 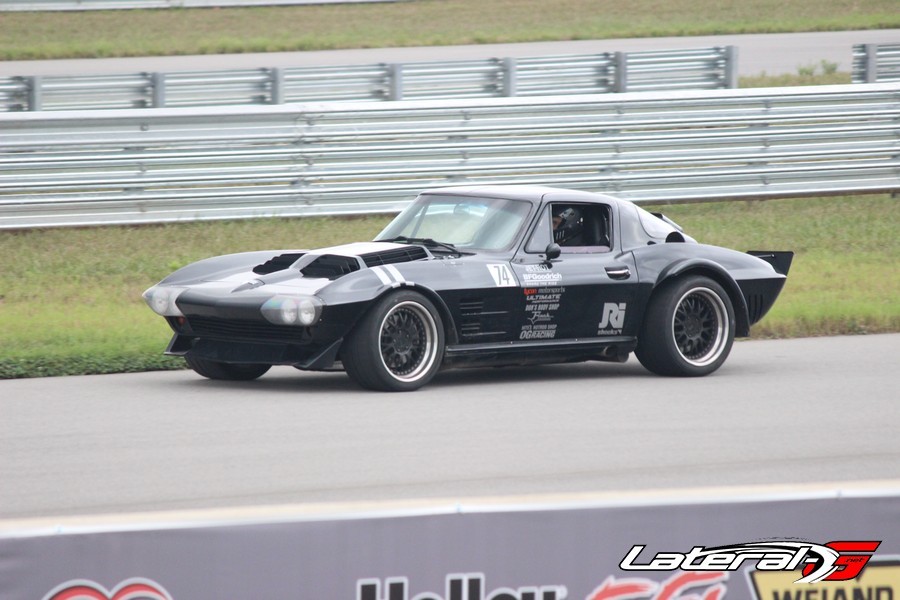 Mary Pozzi knows a thing or two about not only building, but racing cars as well. “As everyone looks at the Chevrolet Camaro (1967-73) as being their ‘go-to’ car for Pro-Touring consideration, I’m not going to continue down that path.  It’s a horse that’s been beat to death, every aftermarket company professes to have a suspension, brake system, nut and bolt, whatever, that will knock the competition senseless, and prices of a good starter car are more inflated than Dolly Parton’s knockers back in her prime.” 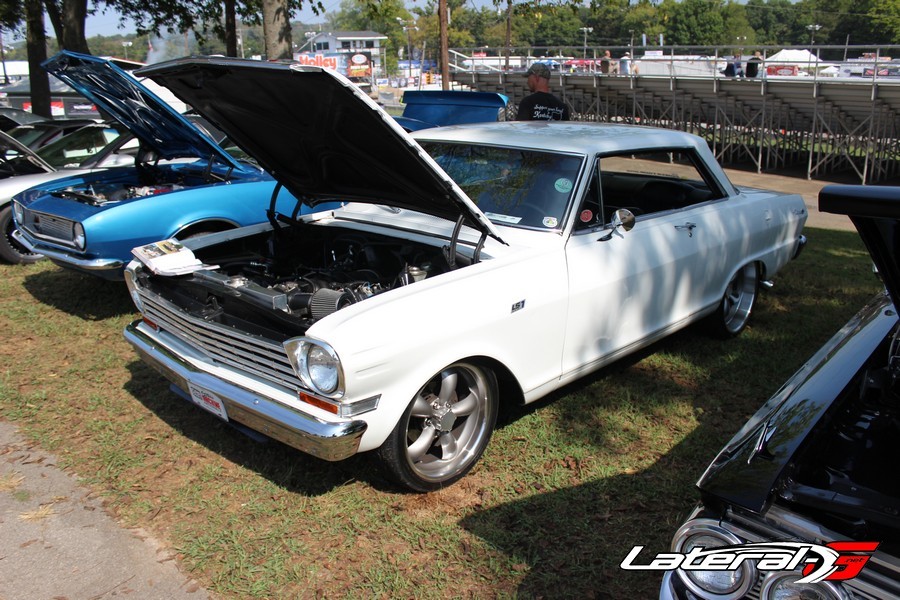 “That said and done, my project car would be a mid-year (1960’s) Chevy Nova or Chevy II, a two-door naturally, and as you can still find good, solid examples lurking in back yards, garages, and at car shows, a savvy shopper can still find one at a reasonable price,” explained Pozzi.

“For the Mopar’s, I’d look at the Challengers and ‘Cuda’s long and hard.  I’d never had a passionate thought about anything that manufacturer put out until I got to drive the Hotchkis yellow Challenger at several events.  With their suspension and a quickener for the steering, the car was just about perfect!!  Finding a good starter car would be a problem, however, as like so many cars of this era, they were not well-treated and looked at life stoplight to stoplight,” continued Mary.  “As for the Ford’s, I’ve always had a soft spot for the two-door mid-60’s Falcons.  They’re light, you can stuff a V8 into one pretty easy, and they’re not usually considered for a Pro-Touring job.  I haven’t driven a good one but would like to someday.”

Her last piece of advice when looking for a car to build is to “pay a bit more and get a LOT more.” Her point is that if you buy a total rust bucket, you’ll spend a fortune repairing all that instead of buying on that’s had that done already or doesn’t need it.  “Do your research and then sit on the answers for a week or so.  Don’t be in a huge hurry to order the latest and greatest whatever is cool as I can guarantee you something even cooler or better will be out there when what you bought ends up going on your car six months or a year from now.  Buy what you are ready to install NOW and make sure what you buy will be a good fit with the other parts you plan on buying in the future,” Mary told us.

What Is The Best Car?

As you can see, there is no right or wrong answer here. That all depends on your goals, wallet and resources. No matter which car you chose, even if it’s not included in one of these lists, just go out and have fun! 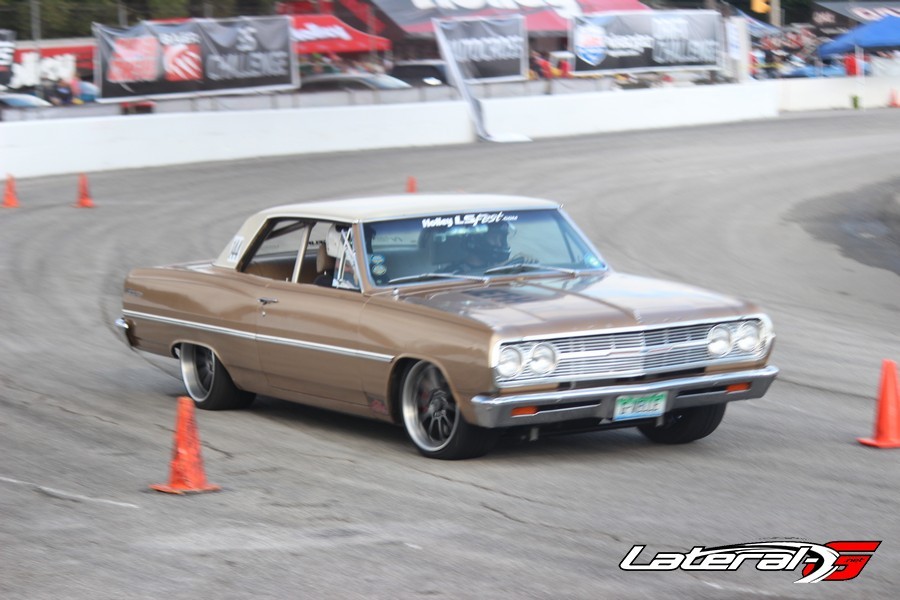