If you’ve been in the Pro Touring/Autocross scene for any amount of time, it’s likely you’ve met Suzy Bauter. She originally got into the scene in Southern California, but relocated to Tennessee. That means you’ll see her and her partner Rodney Prouty at events in the northeast to deep down south and all over. Everywhere she goes she has a warm hug and a smile.

After watching and racing Rodney’s Camaro for years, it came time for her to build her own car. Now we’ve all heard the guy that’s building a ’69 Camaro “a little different” than anybody else. Suzy literally built something completely different than anything else we’ve ever seen.

Luckily the folks at Holley were able to snap some photos of the car and interview Suzy to get the entire scoop. 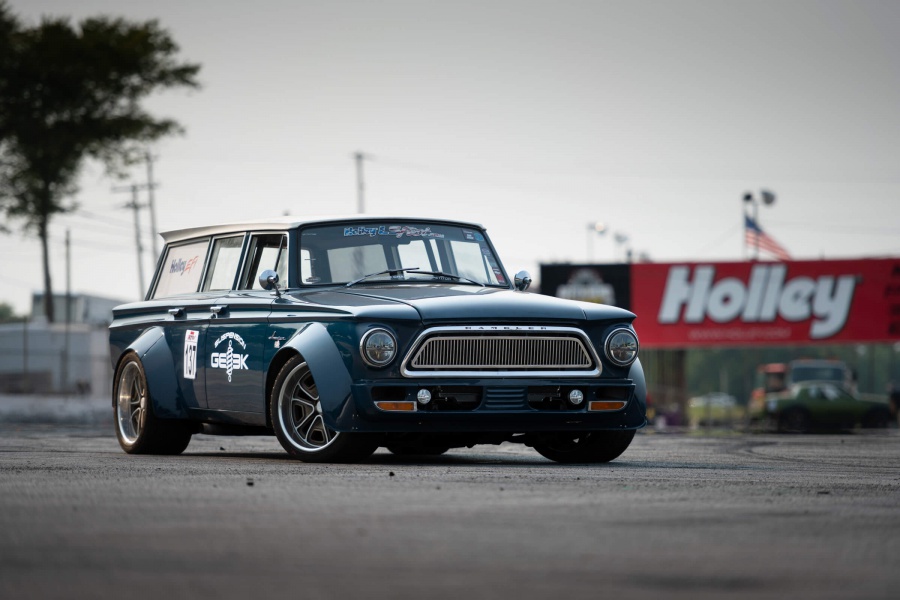 Pro Touring machines can be found pretty much everywhere there is some kind of automotive sport anymore. The Optima Ultimate Street Car competition is the obvious answer, but look at events like LS Fest, Ford Festival, MoParty, Gridlife, and more and you will see a broad mix of cars ready to carve up the corners or the cones. There has been lots of love for older vehicles that can out-handle a showroom stock sports car over the past couple of decades…besides going faster than any machine that left the factory wearing bias-ply tires should ever should be going, they handle better, steer sharper, and brake better than anything from the 1960s or 1970s ever should be able to. Not only are these builds fast, they are safe. What’s not to love?

Well, let’s start with the recipe book. There’s nothing wrong with a tricked-out Camaro or Squarebody truck making the rounds. Indeed, Pro Touring arguably starts with a 1969 Camaro and there are trucks out there today that would worry a Ferrari if they ever met on the track. But diversity goes a long way, and there isn’t a better way to understand that point than to take one look at Suzy Bauter’s 1963 Rambler American 220 station wagon. There is simply no way to ignore the small blue and white station wagon sitting low and squat with eight and a half inches of fender flare at all four corners, and that’s just when it is sitting still. Once Suzy gets it out onto the track, any connection to the Rambler’s original economy-car roots are lost forever. 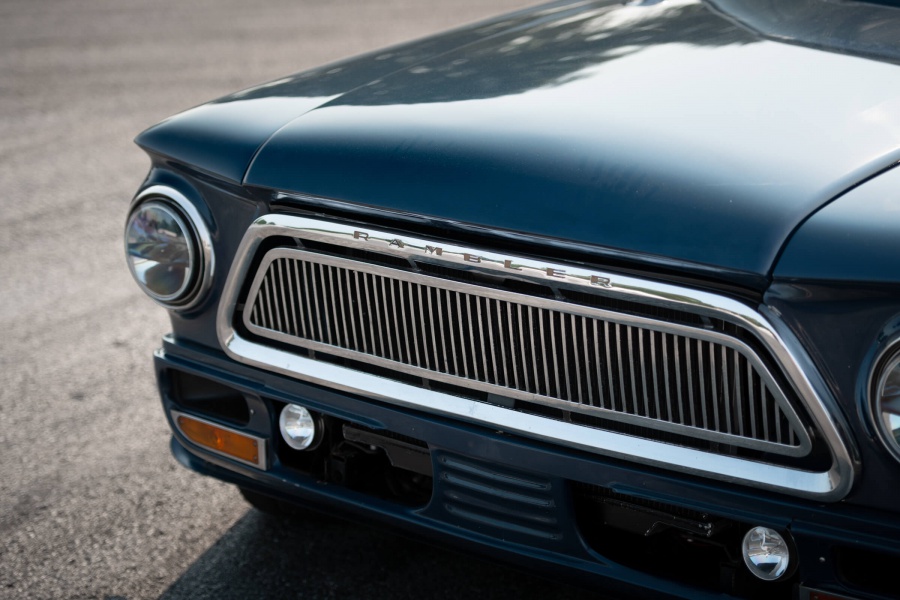 The Rambler was found in a northern California trailer park. “It was underneath a camper with a blue tarp over the top of it,” she laughed. The car had been sitting for a while, and the engine was sitting in the backseat of the car. The original plan was to have Suzy autocross the Rambler with the car’s original 195 cubic inch flathead-six engine and three-on-the-tree transmission in it as she worked on her autocross driving skill, but the moment she got behind the wheel of husband Rodney Prouty’s LS-swapped Camaro known as “Plane Jane”, that plan…and the expensive, freshly rebuilt flathead six…went out the window. In place of the original engine sits an LM7 5.3L V8 that is backed up to a 700R4 automatic equipped with a TCI Automotive Autocross valvebody and TCI ratchet shifter. The LS has recently made the move to a Holley Terminator X Stealth 4150 fuel injection system and a Holley LS Single Plane intake manifold after a few years of running carbureted. “It fires up stone-cold, it’s amazing,” Suzy says. “I really like it. I really like the throttle response. If I’m not careful, I burn out from a stop sign. My gas mileage is fantastic now. I don’t have to worry about running high-test fuel.”

With the powerplant sorted, the focus turns to the suspension. Rodney runs Suspension Geek, so you had better believe that the Rambler is meant to turn corners. The front subframe is a first-generation GM F-body unit with Global West upper A-Arms, Detroit Speed lower control arms and sway bar, and a steering box from a Chevrolet Celebrity. Out back, a fifth-generation Camaro’s independent rear suspension and sway bar were installed, lining up almost perfectly with the Rambler’s structure. Viking “Berzerker” active suspension coil-overs are found at all four corners, as are Baer Brakes 14-inch Pro+ six-piston brakes with Eradispeed rotors. The rolling stock consists of 18×10.5 U.S. Mags wheels and BFGoodrich Rival S rubber. Combined, these parts work to make the Rambler corner pancake-flat through the cones at high speed, and the shocks can be tuned from the sidelines via an app. 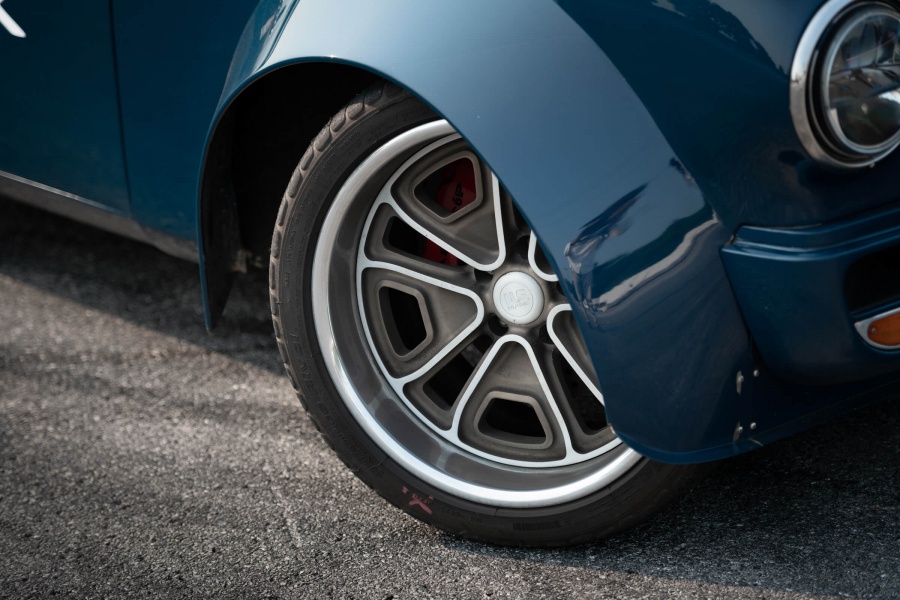 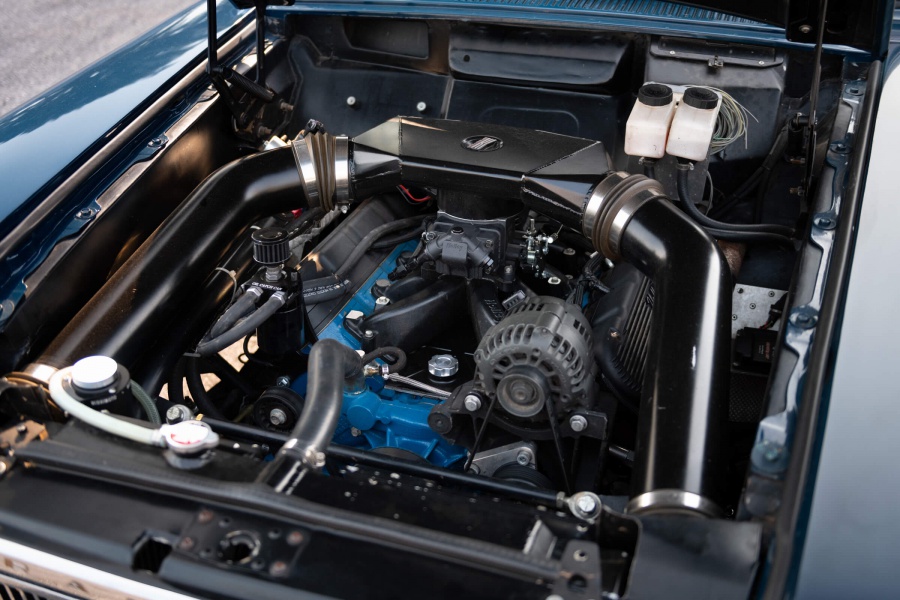 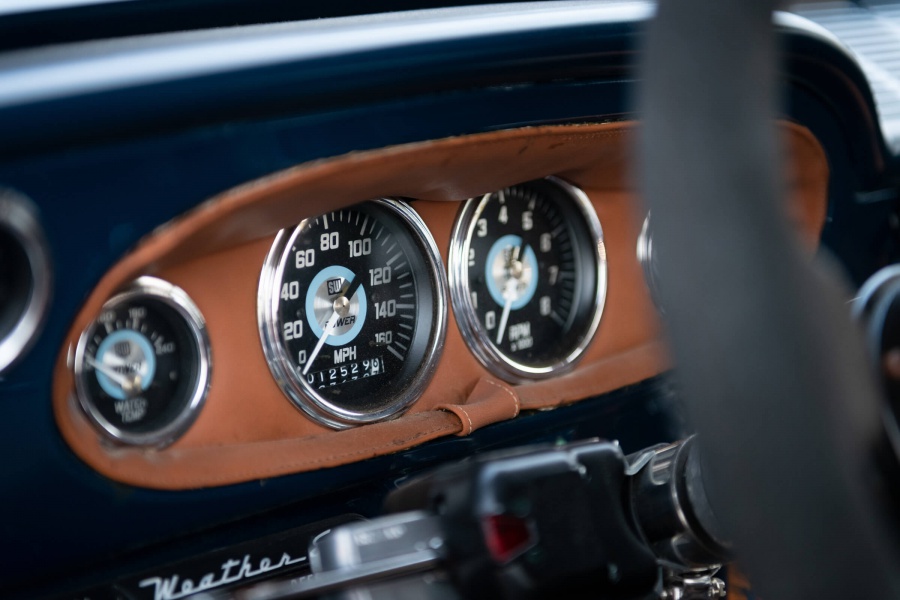 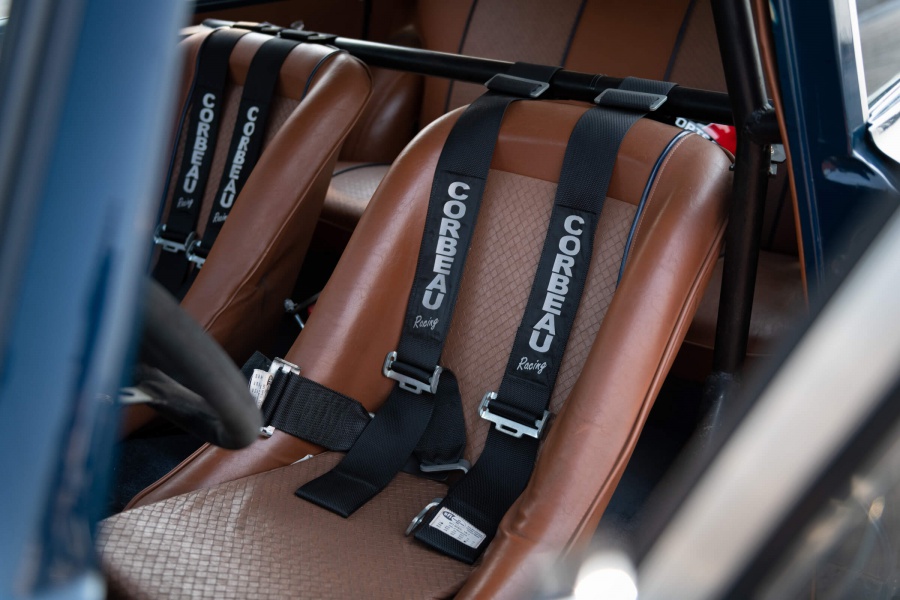 The body itself is fairly stock, except for the aforementioned wheel flares. Rob MacGregor of No Limit Engineering is the individual responsible for the creation of the flares that hide the 315-series tires at all four corners, and the car’s name (originally Suzy was going to call the car “Sugar”). In fact, MacGregor’s work and the Washington Blue paint laid down by Best of Show Coachworks in Escondido, California are the only two outsourced parts of the car. Everything else was done in Suzy and Rodney’s garage, from the suspension design to the engine build to the entire interior that Suzy put together. When the car debuted at the SEMA show in Las Vegas on Halloween 2017, jaws hit the floor all the way around. Jay Leno went for a ride. The car was nominated for the Gran Turismo Awards that year under “Best Hot Rod” by BangShift.com’s Brian Lohnes. The car won the Hot Wheels Legends 50th Anniversary Tour nomination at the Nashville, Tennessee stop the next year. 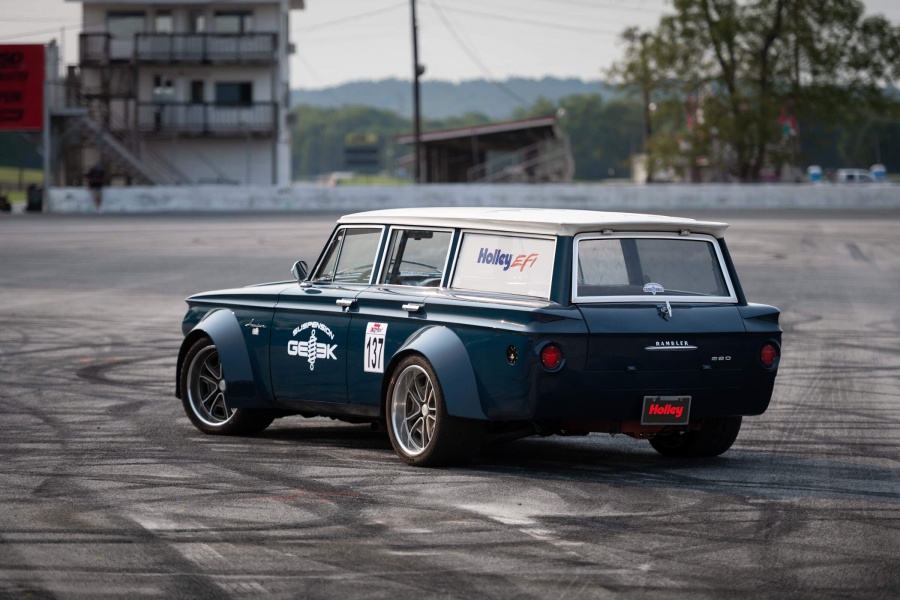 Accolades and awards are nice, but the most notable thing about Suzy’s car is that it was never meant to be an award-winner. Rodney’s skill at setting up suspension is the reason why the car corners with enough force to strain the neck. Suzy strives to find every last tenth of a second on the track while getting every last ounce of grip out of the tires. Maybe it is the shock value of seeing a small station wagon that’s nearly as wide as it is long competing with Corvettes and Camaros and everything else competing. Maybe it’s Suzy herself, always smiling, always happy to be on the track ready to make another lap. Or maybe it’s the fact that it’s a Rambler American, a car that you just don’t see anymore, let alone built to the hilt, is carving through the cones with the precision of a surgeon’s scalpel while bellowing out a V8 bark. Whatever the case, from the moment the Rambler rolled into the light, all eyes have been upon it.