Being cheap rarely pans out in your favor. On our project 1955 Bel Air, we keep finding parts on the car from the previous owners that were bought cheaply and now we are having to replace them. They say that being cheap costs more than double because you buy the cheap part, then have to pay again for the good and more expensive part. 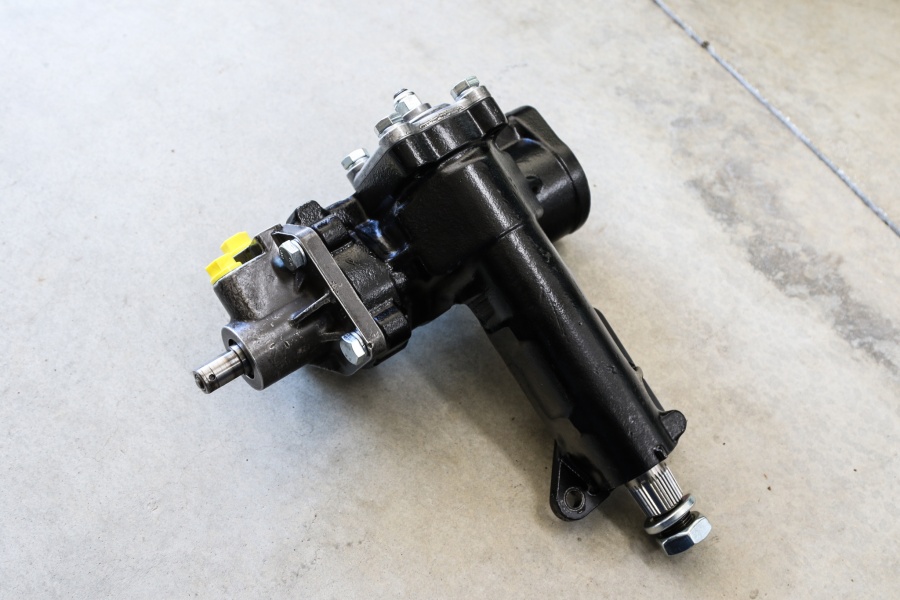 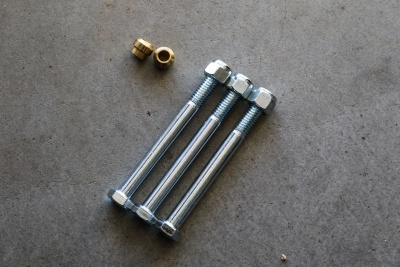 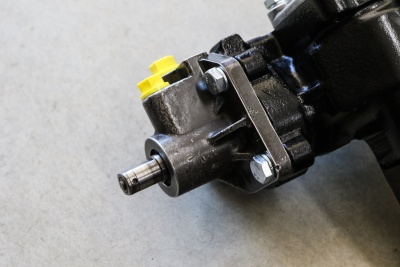 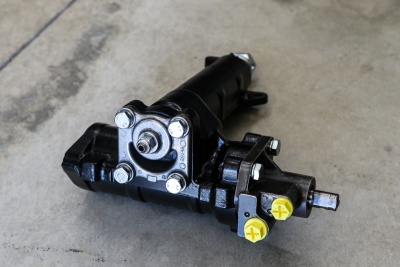 A few years ago we had to replace the steering column since the knock-off unit was so bad it could barely work. That’s the first problem with cheap parts is whether or not they will even work. This steering column was connected to a knock-off power steering gear box. This box worked good for a few years but then the inevitable happened and one day there was a puddle of fluid under it.

Not a problem though right? Just pop it out and put in a new seal. Once we got the box out we noticed the first issue with the box. The snap ring was welded into place! We ground out the welds and removed the snap ring and popped the seal out. Then the next challenge was finding a new seal. Luckily we found one that seemed to fit good in it. After putting the box back together with the car idling it pushed the snap ring and the seal out leaving fluid everywhere. We put it back in a few more times with a few different snap rings and every time just idling the fluid would flow onto the ground. 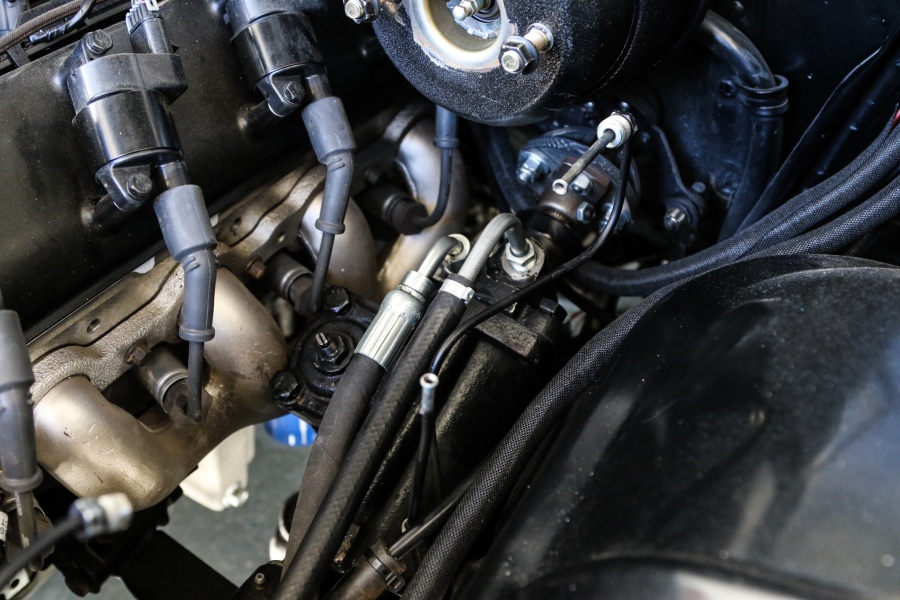 Fed up and at our wits end, we decided this junk box wasn’t worth it anymore. We called up Borgeson and ordered up a brand new box for this ’55 Bel Air. Last year we swapped in one of their boxes into a Square Body Chevy truck and it was a night and day difference. This box features 12.7:1 ratio and is a 600-series box. The best part is all the tech support we could need or parts for it in the future – something our old box didn’t have.

Luckily the removal of the old box wasn’t bad as it wasn’t the original either. We started by removing the pitman arm with a pitman arm removal tool. But at this point we realized that getting to the box is going to be all but impossible with the master cylinder in the way. We bit the bullet and yanked the master cylinder out of the way to gain tons of room. 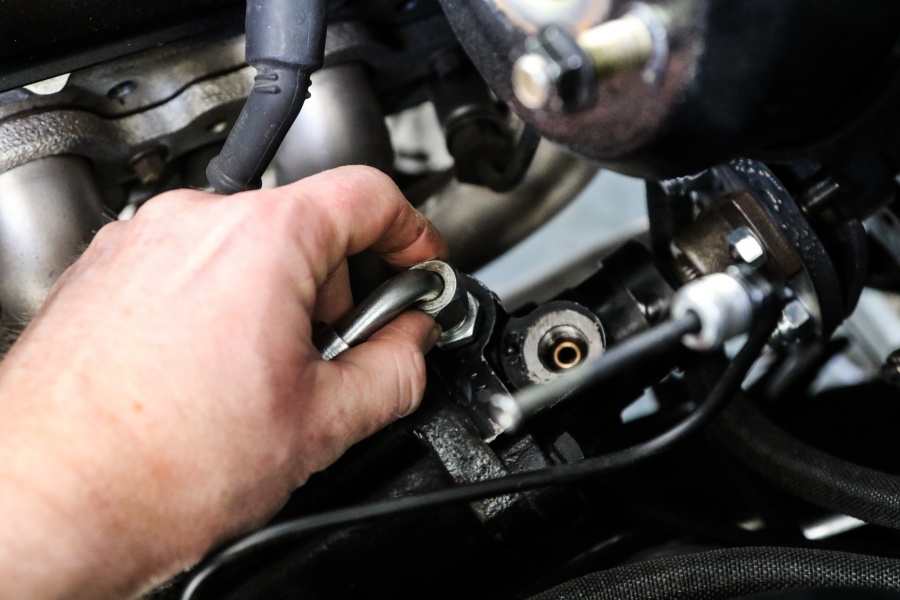 Then it was a matter of popping off the power steering lines, disconnecting the steering column and unbolting the box from the frame where it slid out the bottom of the car. We became pretty proficient at this having done it a few times while trying to fix the junk box that was on it.

Fixing The Issue For Good

Installing the new Borgeson box is really straight forward. It’s designed to bolt right in and fit. Reading through the instructions one thing we noticed was that this box could hit the top of the frame and to keep an eye out for that. We did a trial run and found out our box did hit the frame. We chalk this up as our body has the original body bushing in it so it’s sagging a bit. 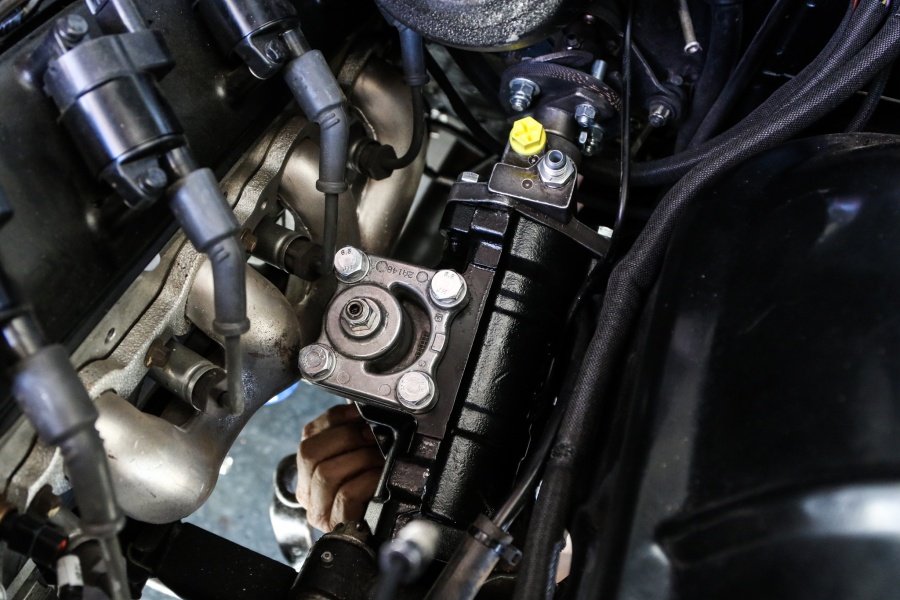 There’s several ways to gain that extra clearance and we decided to bust out our handy torch and bend down the frame a little bit for the clearance – we are talking about 1/4″ or so.

With the frame clearanced we bolted it up and attached the steering column back to the new box. The power steering lines screwed right in and then we installed and torqued down the pitman arm. 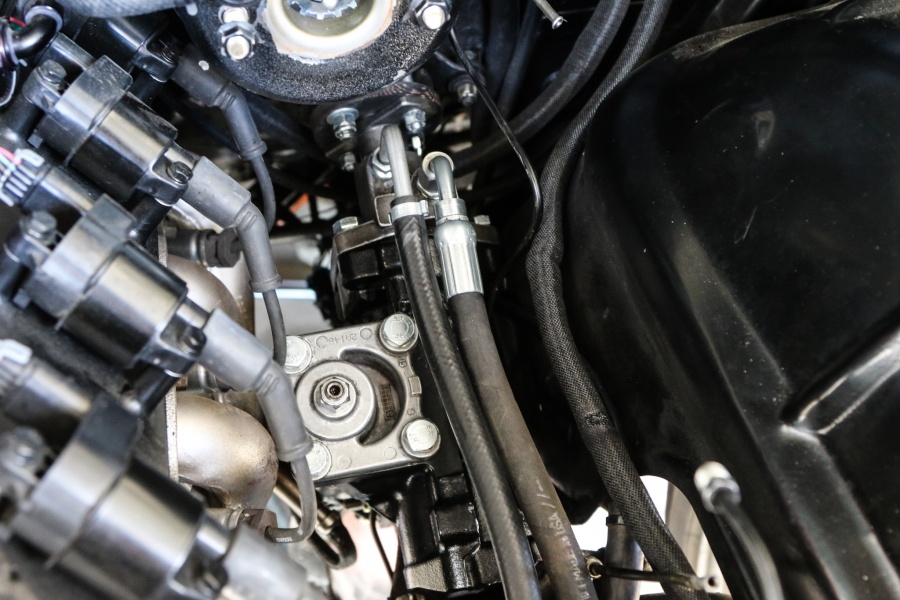 While the car was still in the air we added power steering fluid to the reservoir, fired the car and cycled the wheel back and forth several times to rid the system of air. 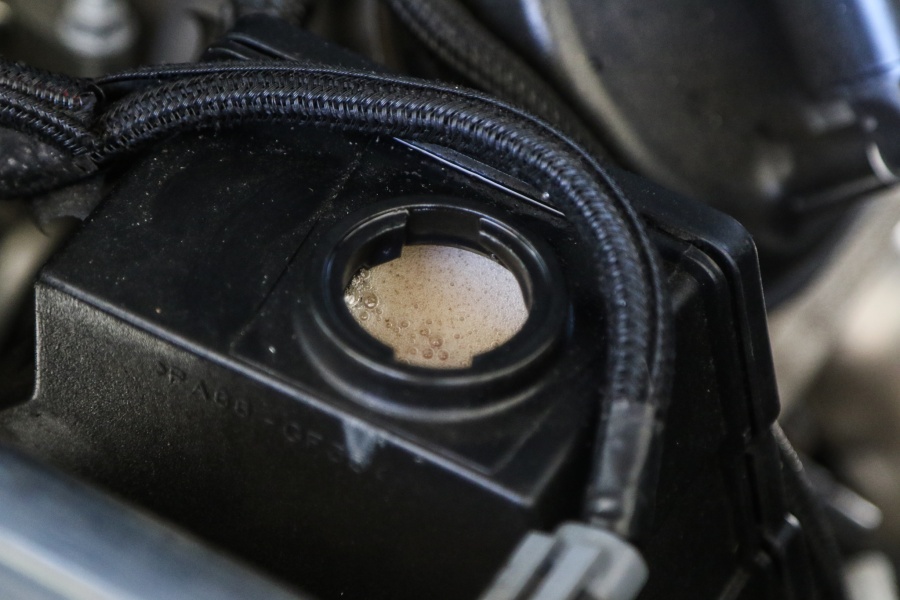 Lastly we installed the master cylinder and bled the brakes. Then it was time to hit the road! Our first impression was we were so happy that it didn’t leak. But then driving we noticed how much smoother, crisp and quieter the box was. The quality is definitely noticed not only in looks but the overall feel of the box too – that part we weren’t expecting.