We wanted to see just how much they have progressed over older units so we grabbed our friend Mario’s 1965 Mustang Fastback with an older throttle body fuel injection set up on it. “The car never really ran right with the old set up. Better than the carburetor but it was never quite right. I didn’t drive the car much since I just didn’t trust it,” Mario told us. What’s the point of having a car, especially as beautiful as Mario’s if you can’t drive it? 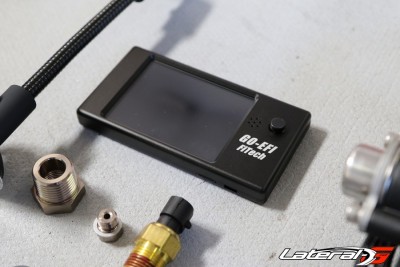 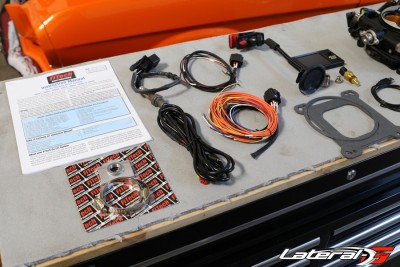 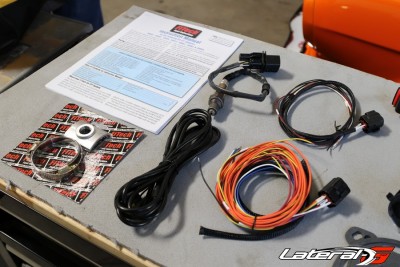 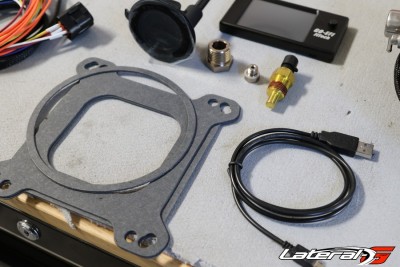 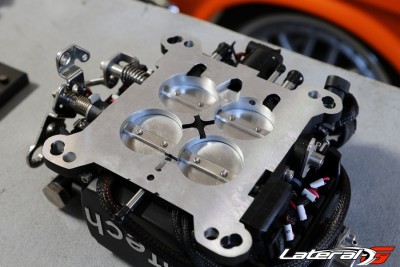 We met up with Ken at FiTech who told us a little bit more about his units, “we have a kit for just about every application you can imagine, including boosted applications. All of our units are self-turning with the included hand-held controller, but can also be professionally tuned with a laptop if needed.” With Mario’s boosted Mustang we went with the Go EFI 8 Power Adder throttle body, which is good for up to 1200HP. These units have a ton of features such as: dual fan controller, air-conditioning idle speed kick up, nitrous and boost timing retarding, and even more. The unit is equipped with four injectors capable of flowing enough fuel to support 1200HP. “One of the best parts is that the ECU is mounted on the throttle body, making installation easier and cleaner,” explained Ken.

Installing a FiTech unit really only requires a few steps – wiring, O2 sensor and fuel supply. The hardest hurdle for most people will be supplying a high-pressure fuel system to the unit that’s required by all fuel injection set ups. You could swap the tank for one that has a high-pressure fuel pump, weld on some sort of sump and in-line fuel pump, or use one of FiTech’s Fuel Command Centers. In essence, this is a small tank that mounts under the hood. Inside this tank is a small high-pressure fuel pump that supplies fuel to the FiTech unit. The stock fuel pump then fills up the Command Center. Simple and effective for those not wanting to get under the car and deal with swapping tanks or fabricating. For Mario’s car, he already had an in-line fuel pump installed, making the installation that much easier. Hat off, old unit unbolted and ready for the FiTech unit in about 15 minutes.

In the box is everything needed to complete the swap, minus fuel system. A complete instruction manual, wiring, hand held touch screen, sending units, and gaskets. They even include a fitting and clamps that allow a user to add in an O2 sensor without welding.

To start installation, we disconnected the battery and removed the hat coming off the turbo. From here the throttle linkage, fuel lines and existing wiring was removed. The last step was to unbolt the old unit and scrape the old gasket off the intake.

With the old gone, the time came for the new. After sliding the FiTech unit on the studs, we simply tightened down four nuts and the majority of the work was finished. After attaching the throttle linkage, we tackled the fuel system. Since the mounting point was different on this set up compared to the old, we did have to extend the line a bit and use a different fitting in order to make the proper AN fitting connection. Moving on to the wiring, we replaced the current O2 sensor that was on the car. The old one wasn’t functioning properly and it’s crucial to have a properly working O2 sensor for the system. Luckily the bung was already welded in, so we only had to unscrew the old, and screw in the new one.

The last major step in the process was to wire up the unit itself. This was simple as well, with just grabbing the wiring that supported the old unit. The wiring is pretty basic with things like ground, hot, hot-in-run, etc. The O2 clips right into the unit, so no additional wiring is required there. There is extra wiring, with the provisions for fan controlling and AC kick up, etc. If nothing else, only four wires have to be connected to get the unit to fire up. 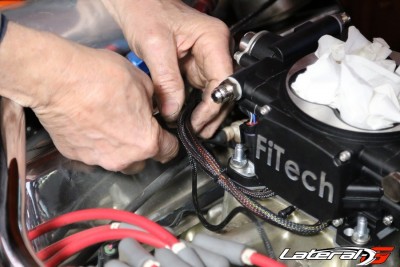 Routing the wiring and connecting wires. 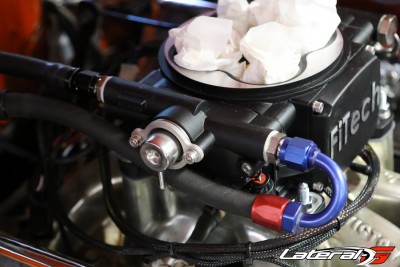 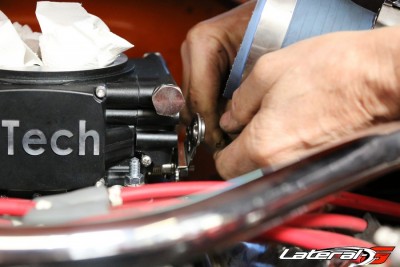 After that was completed, we ran the harness inside the car that hooks up to the touch screen unit. This unit isn’t required to be installed permanently, but is required during initial set up or any additional tuning you want to make to the motor. 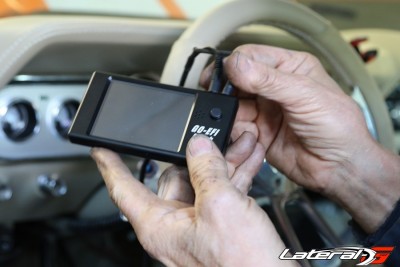 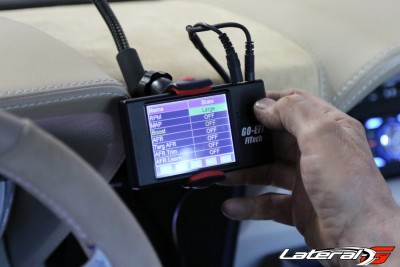 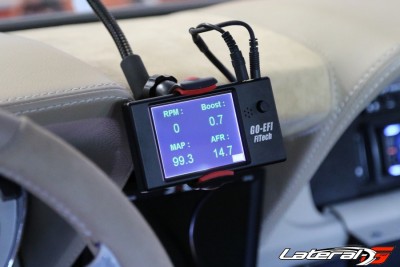 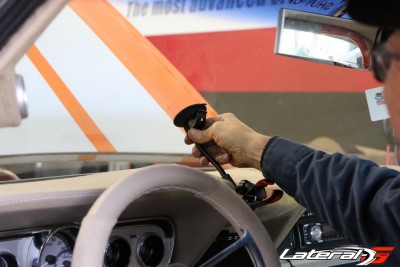 The last step was to reinstall the hat onto the unit and reconnect the battery. Then we powered up the unit and made changes to it such as the number of cylinders, engine size, rev limit, cam size, and idle speed. With the tweaks finished, we primed the fuel system a few times. It cranked and sputtered the very first time! Cranking again, the engine fired right up and started to self tune. Watch for yourself here, an unedited, raw video of the first start up.

With the car running a few minutes, the installer Mike was making a few tweaks to the unit and checking parameters. “I can already tell its idling much smoother than before,” Mario told us. The real proof is in the pudding though, how does the car perform while driving and under a load, especially a turbo load? “The car was so much smoother on the throttle and didn’t die at a stop light like before with the old unit. I can tell it’s making much more power now,” Mario explained while grinning ear-to-ear.

We caught up with Mario a month after the install and he had nothing but good things to say. “The new FiTech unit is working great. The car runs smooth, makes great power and isn’t temperamental like it use to be. I wish I would have swapped over sooner,” exclaimed Mario.

Routing the wiring and connecting wires.