UMI Performance’s King Of The Mountain

The UMI Performance King Of The Mountain was unlike anything we had ever been to before. We’ve been to autocross events all over the country from Good Guys events, Optima, and local autocrosses but this one was insane! Friday and Saturday during the day were fairly typical autocross races, but the Saturday night under the lights with the 32 car shootout and $10,000 to the winner was something we had never seen before. 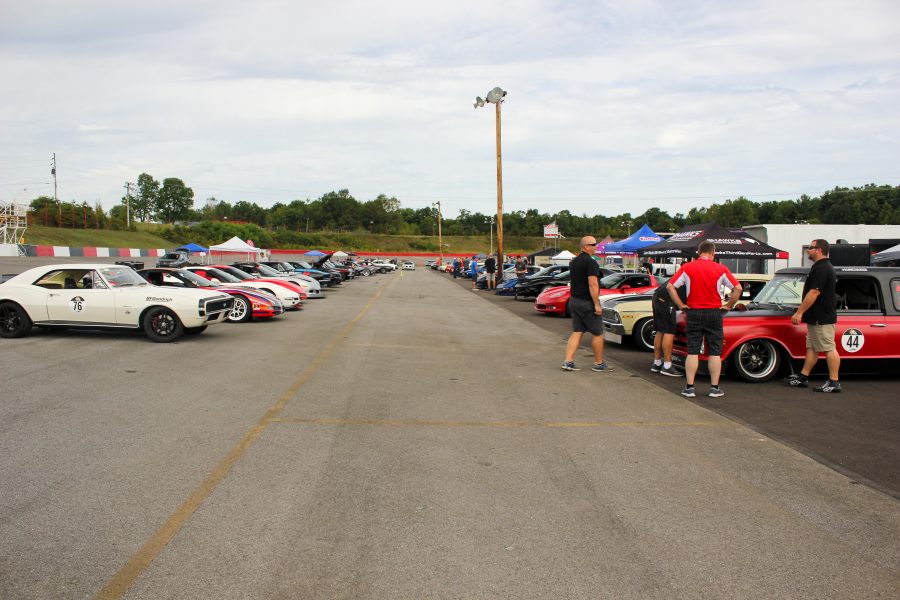 Thursday started off with racers arriving and getting set up and then the world famous Jerry’s Chicken on the Curve open track night. This allowed racers to mingle and get a lay of the land before arriving early Friday morning for racing. Last month we were here at UMI Motorsports Park for the UMI Autocross Challenge and it was racing but a fun and party type atmosphere. With $10,000 on the line, the atmosphere on Friday was friendly but with a very serious tone. Racers were constantly checking lap times, using tire blankets, tweaking tire pressures and even changing springs. 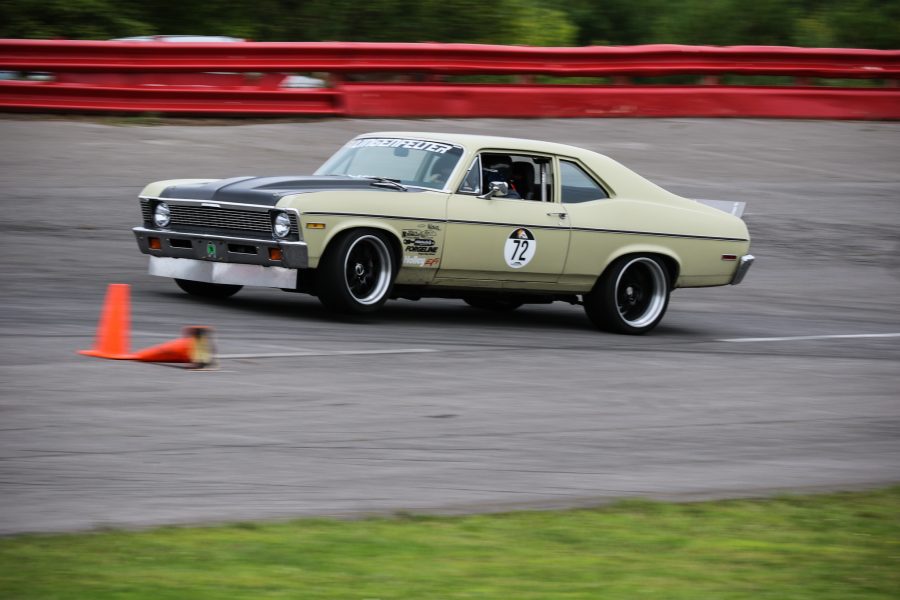 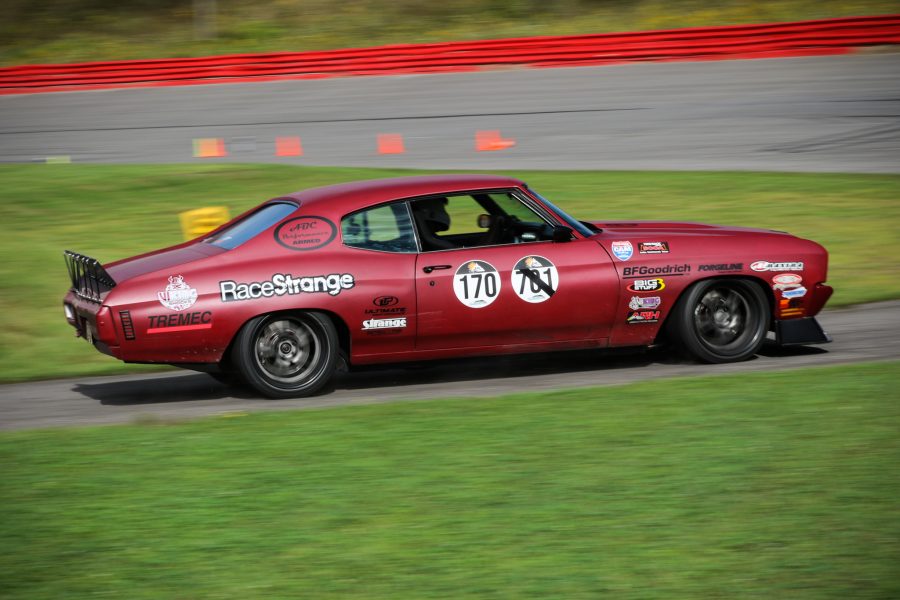 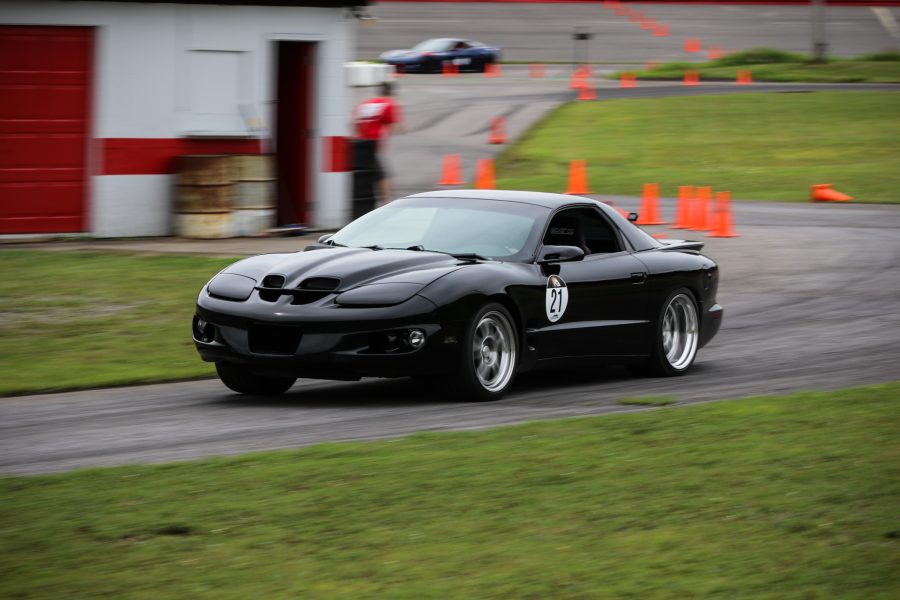 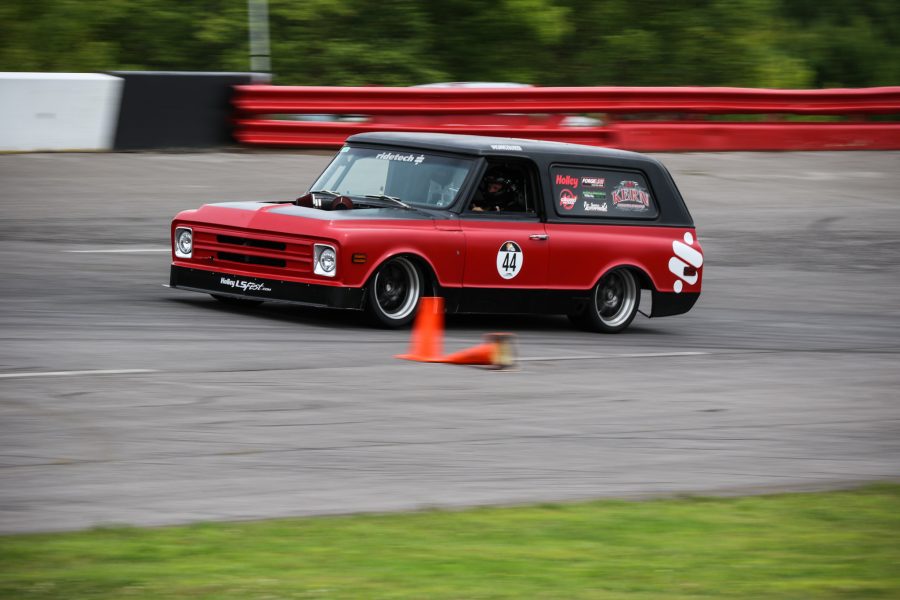 This race was a run-what-you-brung event with the only exception being 200TW tires. Racers were competing to get into 32 seeds with four different categories. Slots 1-10 were based off fastest combined lap times from Friday and Saturday. Slots 11-20 were filled based off highest combined trap speed. Spots 21-30 were filled with the most consistent overall. Lastly spots 31 and 32 were President’s picks based off UMI President Ryan Kirkwood’s choice. 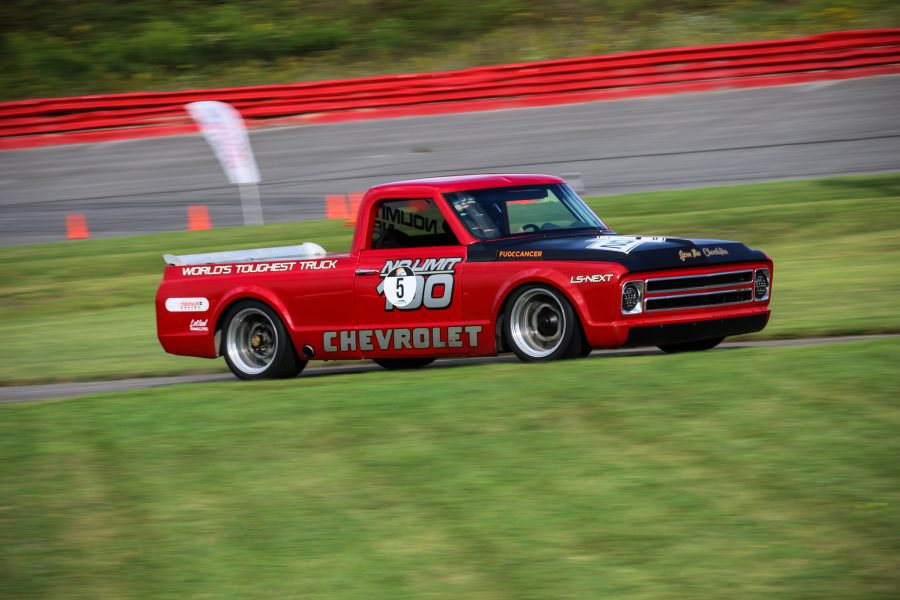 Friday the track was technical and slower, with the fastest lap times being in the 29 second range. Saturday the track was completely different – longer and faster with similar lap times. It was interesting to see some of the different strategies taking place. Most racers were just going out and running the fastest they could. Some of the racers that knew they wouldn’t be in the top 10 fastest started to focus on fastest trap speed or most consistent to ensure a spot in the top 32. 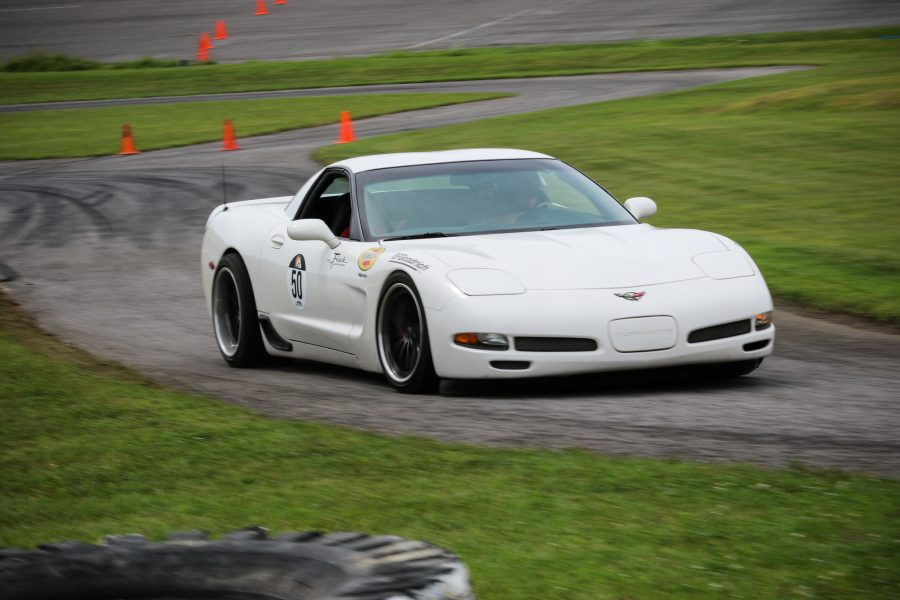 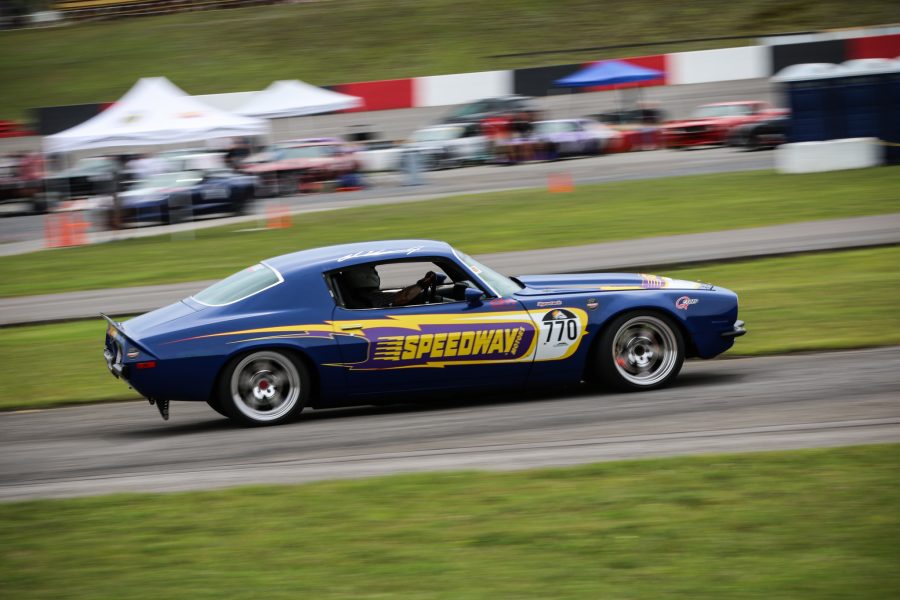 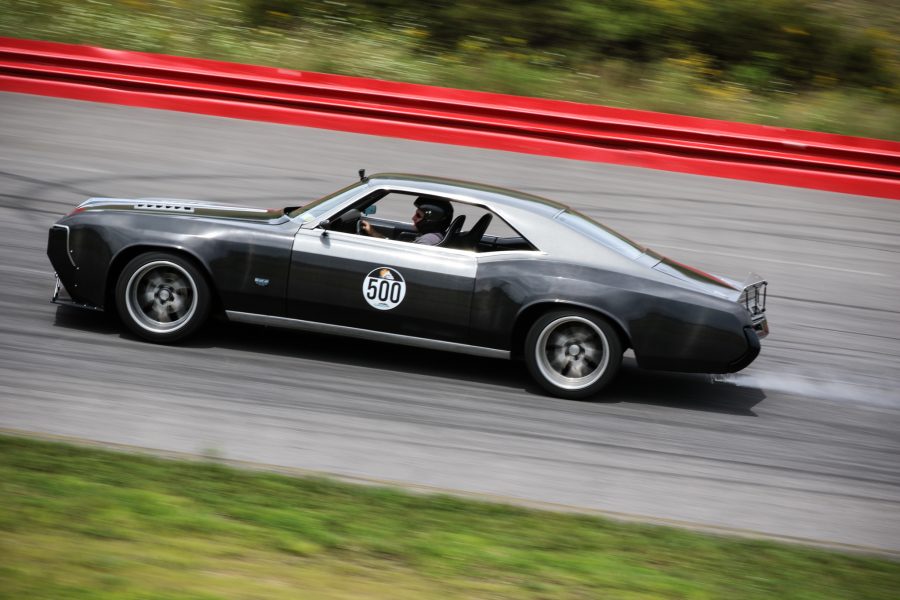 Each day of qualifying saw over 1,000 laps completed both days ensuring drivers got plenty of seat time to get a spot in the top 32. The competition was fierce as this was an invitational only event, with UMI hand selecting only the best drivers and cars in the country. Many highly respected and fast drivers were talking about how fast the field was and how they were honored just to be included. 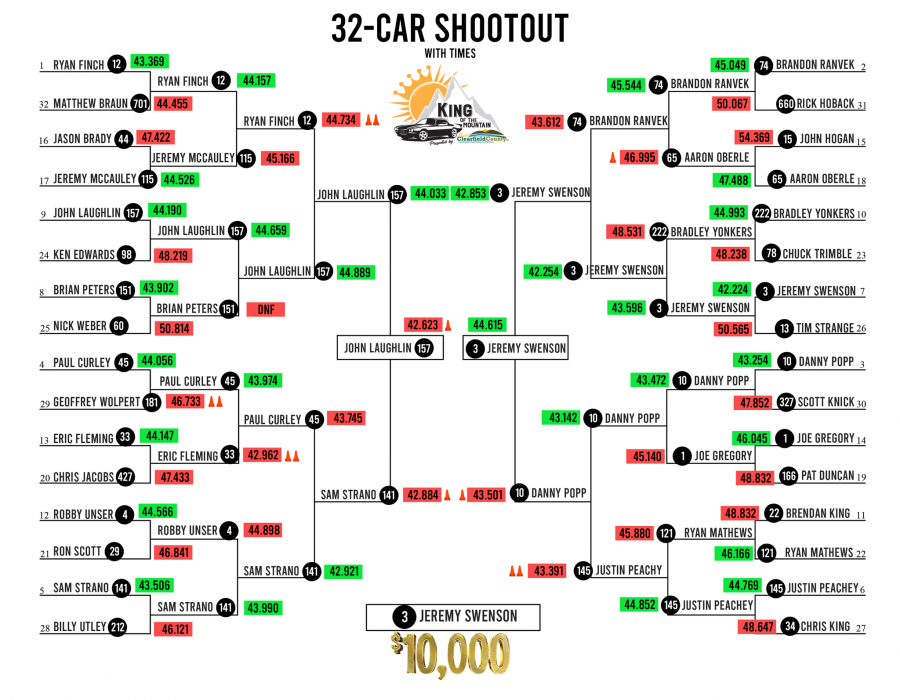 Saturday night came quick and it was time for the big shootout under the lights. UMI did a great job of packing the grandstands along with the hillside parking. Spectators were eagerly watching on as the cars all fired up and completed a 4-wide parade lap around the track. This was the first time almost all the drivers had been 4-wide on a real race track like this – the excitement was in the air. 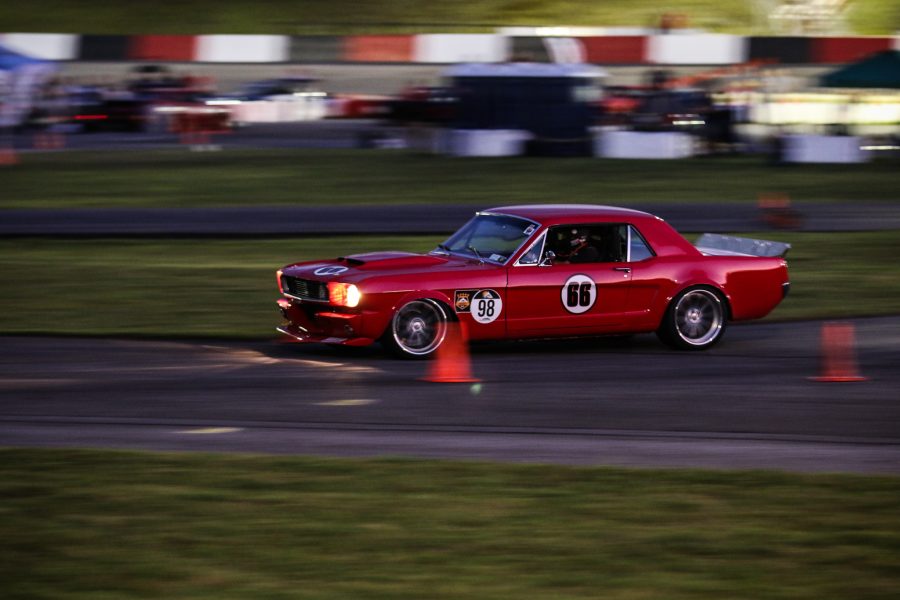 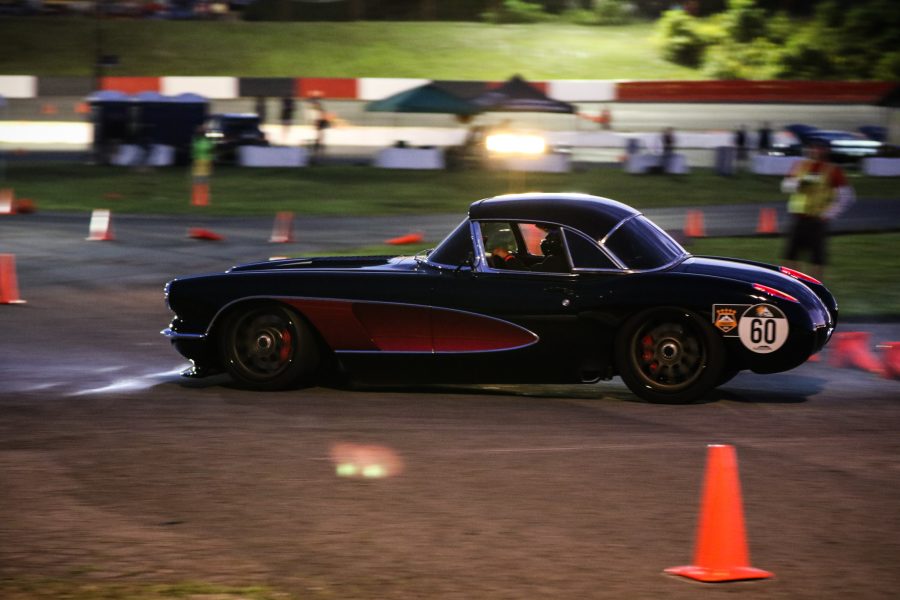 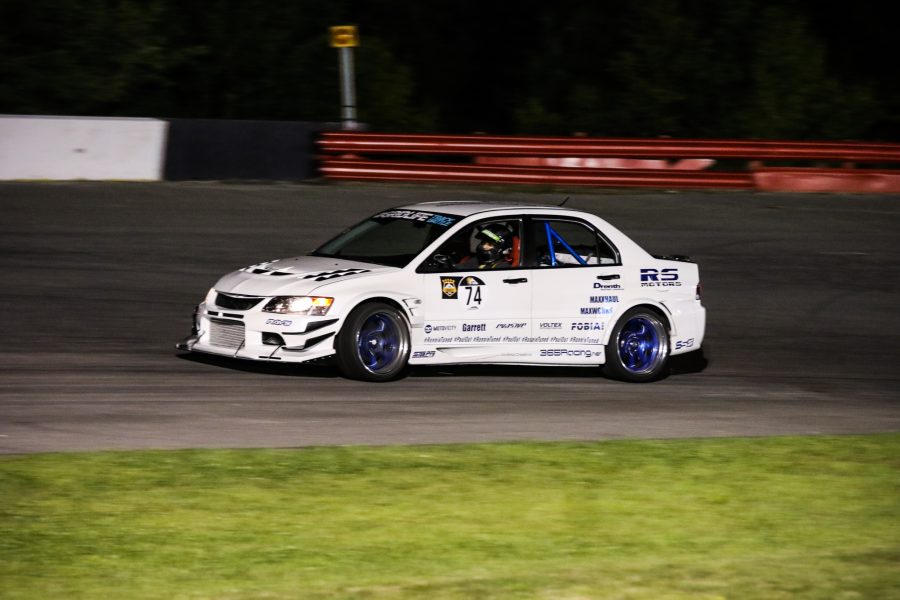 Eliminations moved quickly through the first few rounds of the 32-car shootout grid and the tension in the pits grew and grew. The final four was a who’s who in the autocross world but with a twist – one of the finalists was in a Tesla! The left side of the finals brackets was set with John Laughlin of Tennessee in his Tesla edging out mentor and friend Sam Strano in his C7 of Brookville, PA. The right side of the bracket saw Jeremy Swenson in his C6 of Minnesota nipping Corvette master Danny Popp in a battle of Kumho vs BF Goodrich tires. 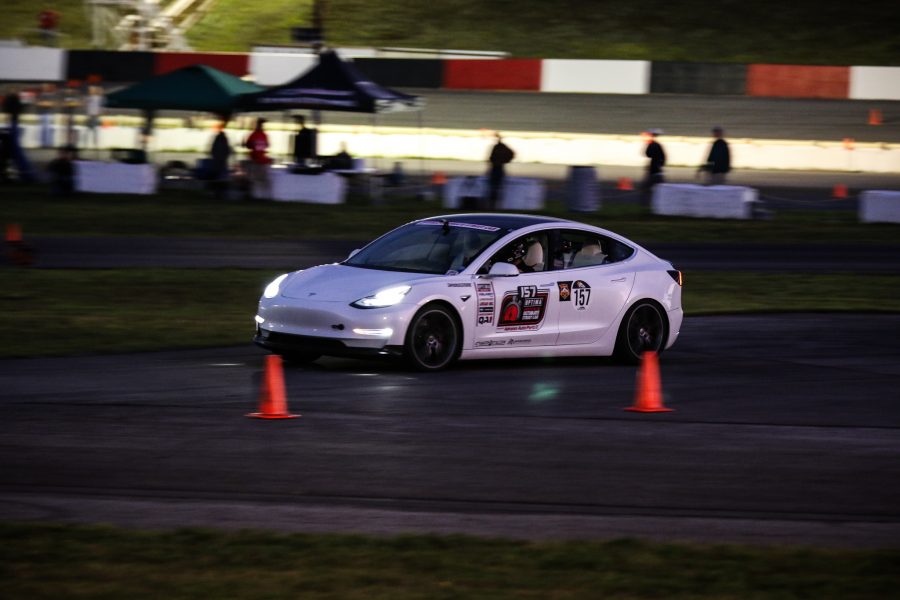 The final showdown was one for the ages. The Silent Assassin Laughlin guided his Tesla around the course with alarming speed but nicked a cone. Swenson caught wind of the downed cone and knew he had it in the bag but slowed down his lap time to ensure a clean lap. Swenson slowed down almost a little too much and only beat Laughlin by 0.008 seconds!In the end, Swenson in the Corvette pulled it out and was crowned the inaugural King of the Mountain at UMI Motorsports Park. Congrats to Jeremy for winning and we are sure he will be back next year to defend his title. 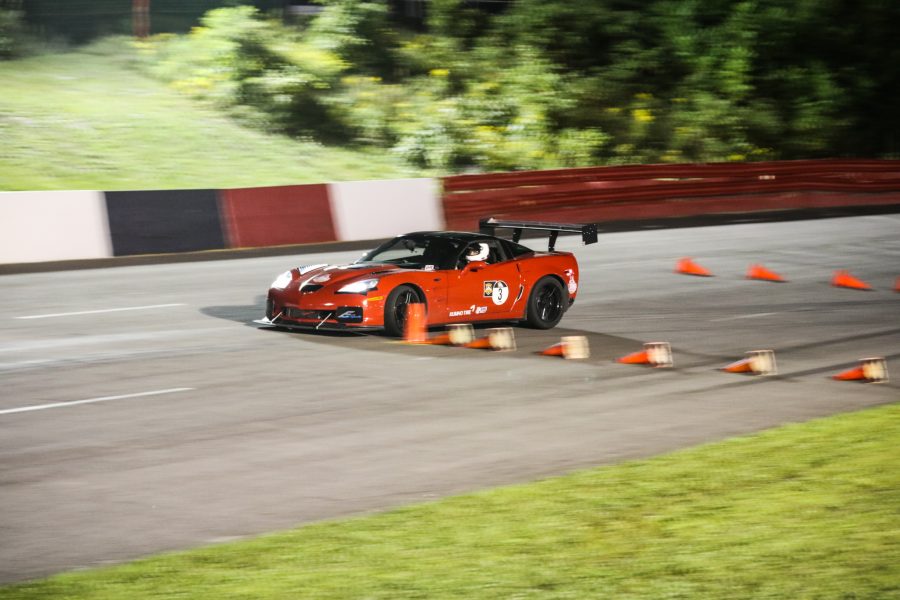 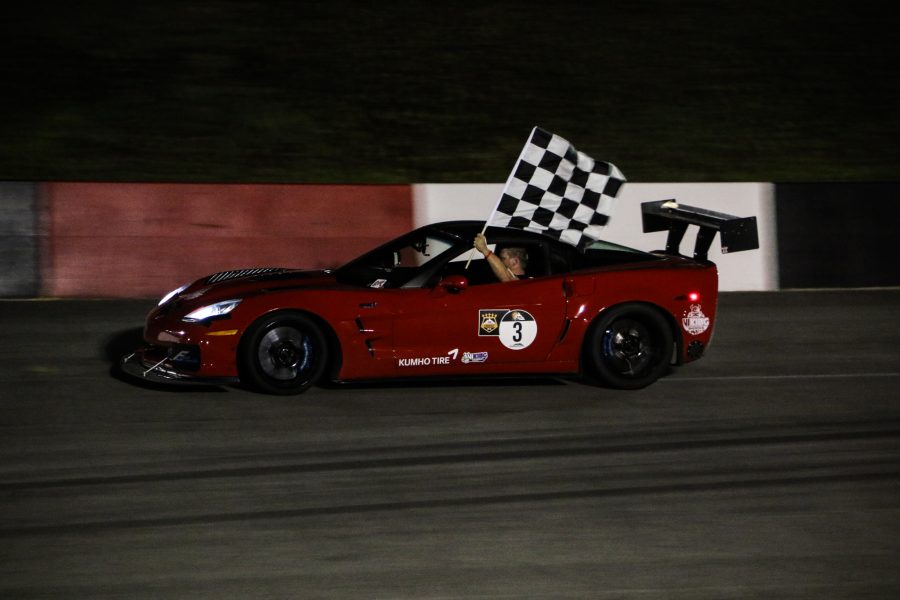