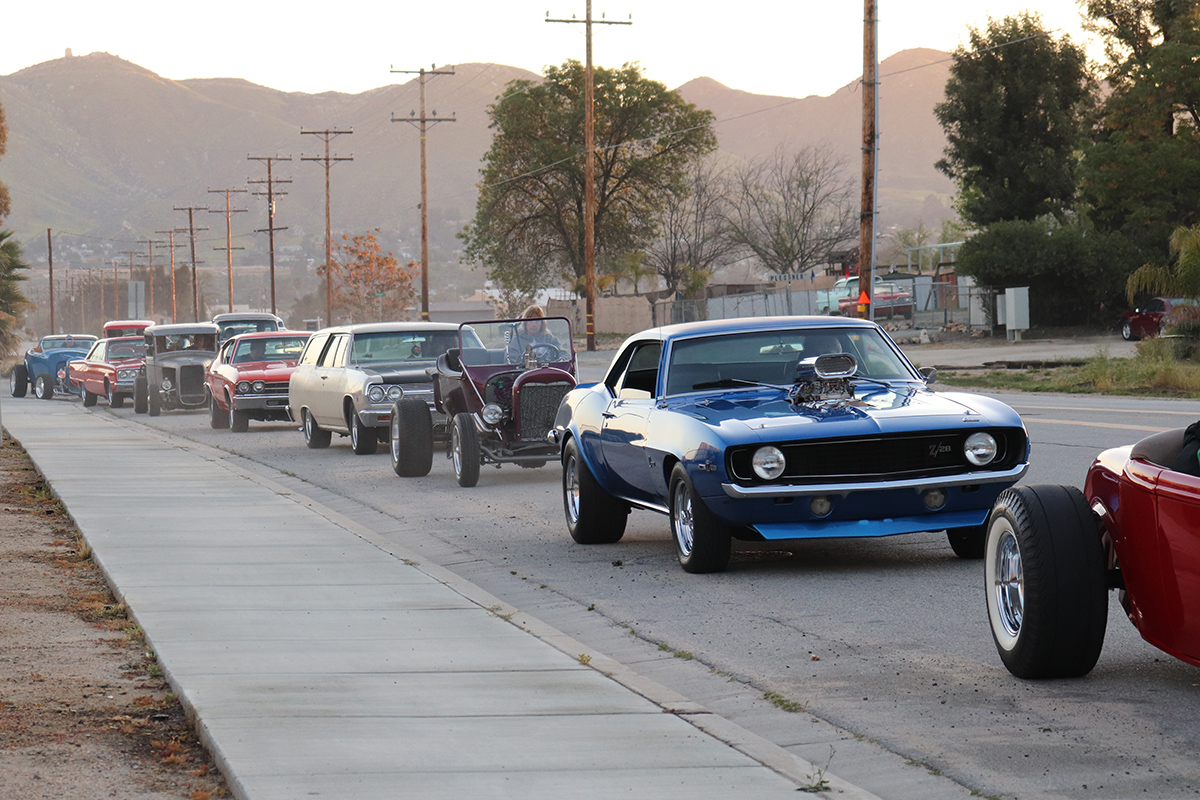 People love driving their classic cars, but when that sun comes beating down it almost makes driving unbearable, especially in the Southwest. I don’t know how people survived three decades ago without air conditioning; thanks to companies like Vintage Air, adding a modern A/C system to a classic car is far easier than trying to track down old components that come without any guarantees.

Adding an A/C system can certainly make your old classic more comfortable during the hot summer months. We’ve seen aftermarket kits on just about everything, including street rods and muscle cars. If you’re thinking about adding air conditioning to your classic ride, or if you already have it and want to know more about it, you’ve come to the right place. 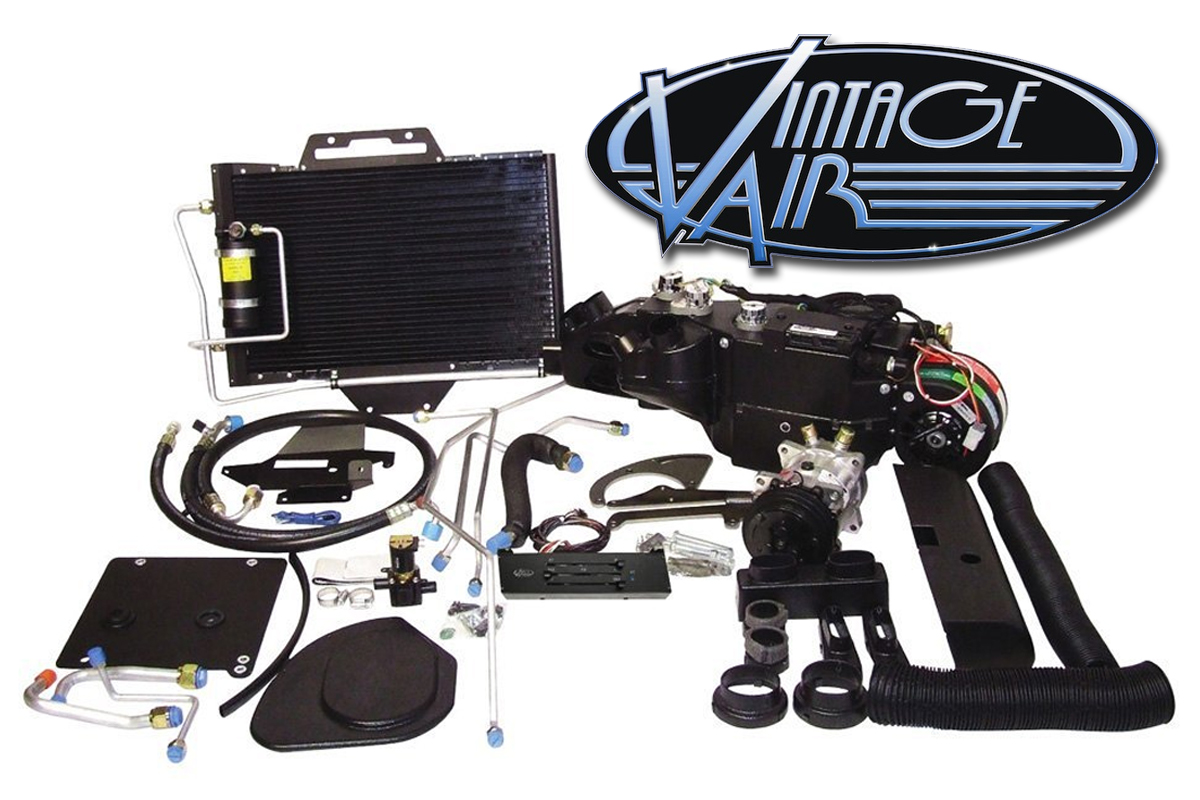 We reached out to our friend Rick Love, the Executive Vice President of Vintage Air, to get his expert advice on air condition for classics. Vintage Air has been at it since 1976, so you can say they know a few things about aftermarket air conditioning.

On many aftermarket A/C systems, there is a switch connected in the system that allows the compressor to be switched on and off based on the line pressure. This binary or trinary switch can be mounted in the smaller pressure line itself, or it can be mounted on the receiver/drier. The video above will explain how the switches work, and how they should be connected. 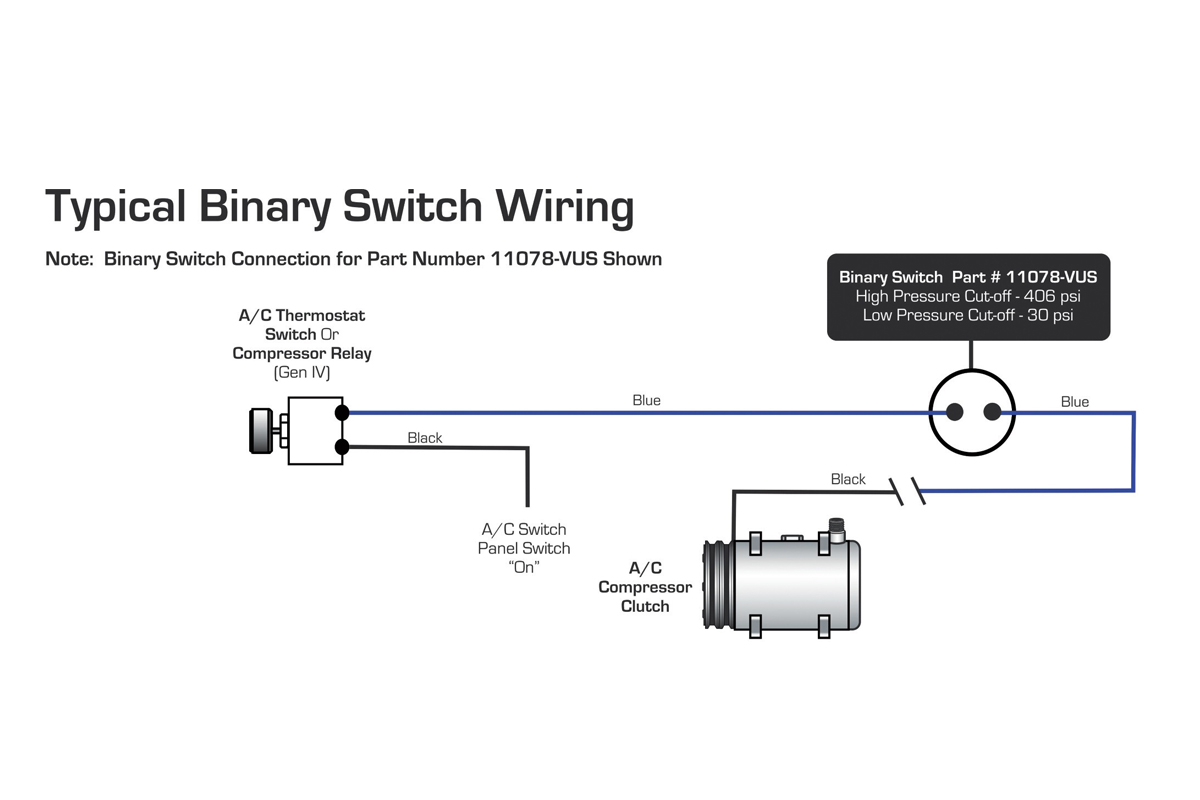 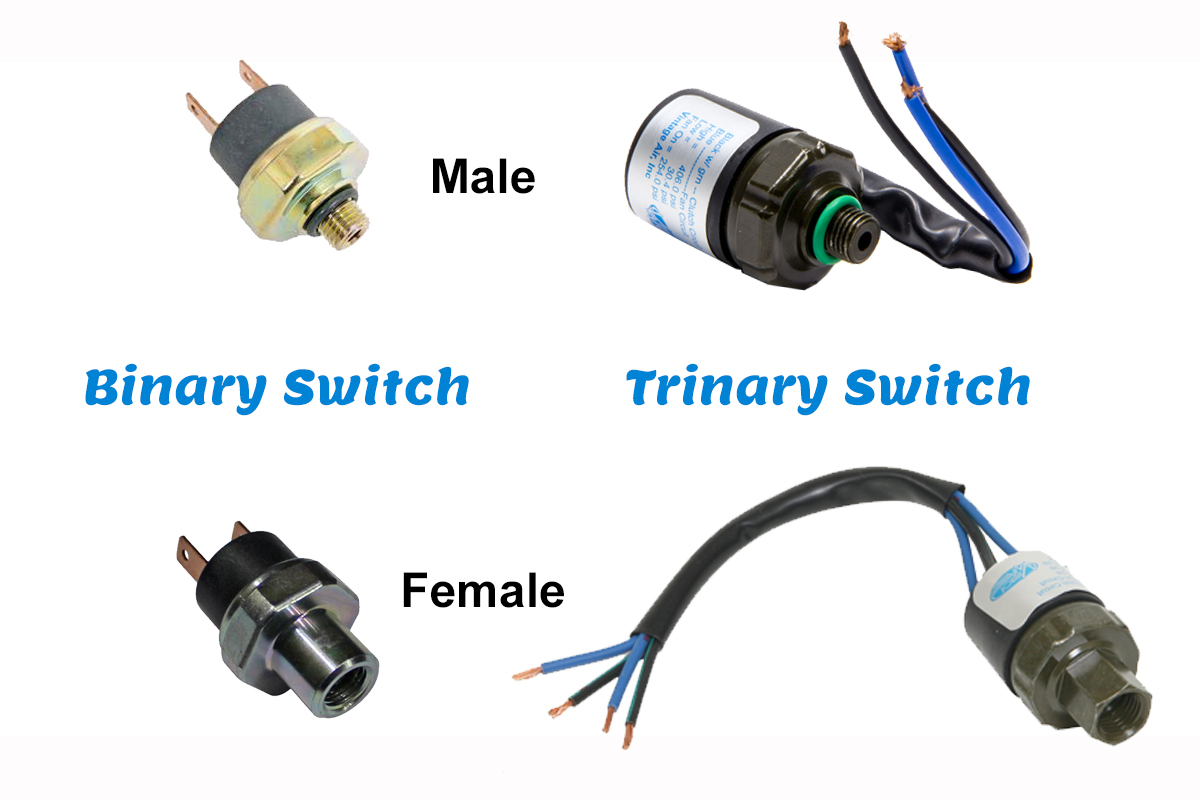 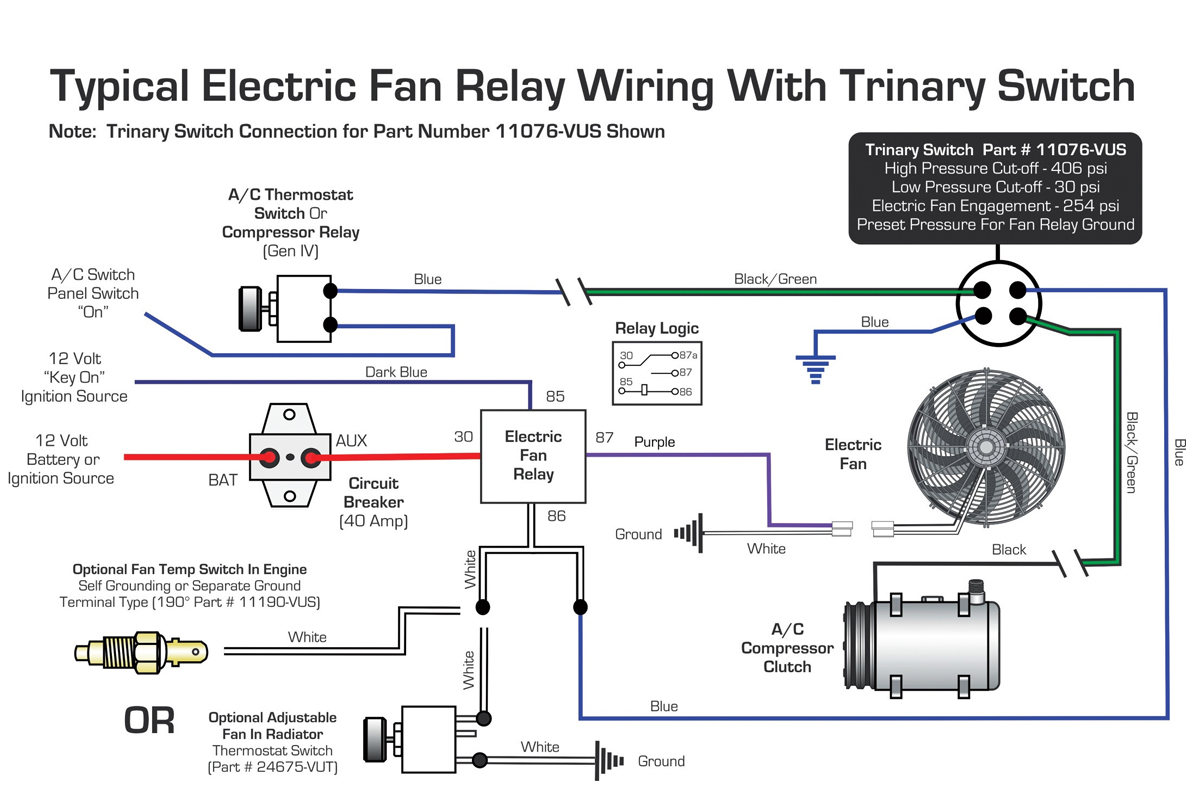 Should There Be A Dedicated Condenser Fan?

We often get asked about adding an additional (pusher) fan to the condenser, switched on when the A/C is turned on. Rick stated that an auxiliary fan isn’t needed if you have an efficient electric fan package. “Puller fans are inherently more efficient than a pusher design, so the best solution is to have a good puller fan package,” he said.

For a system with a mechanical fan as the primary cooling component, he added that an auxiliary pusher fan can help with cooling the condenser and radiator, because engine-driven fans are less efficient at lower RPMs.  A good mechanical fan is often sufficient to keep an engine at operating temperature. Remember: the main reason auto manufacturers started switching to electric fans is because they started turning the engines sideways for front-wheel drive vehicles, so a mechanical fan was eliminated on those engines. Mechanical fans are still used on many rear wheel drive cars and trucks today. 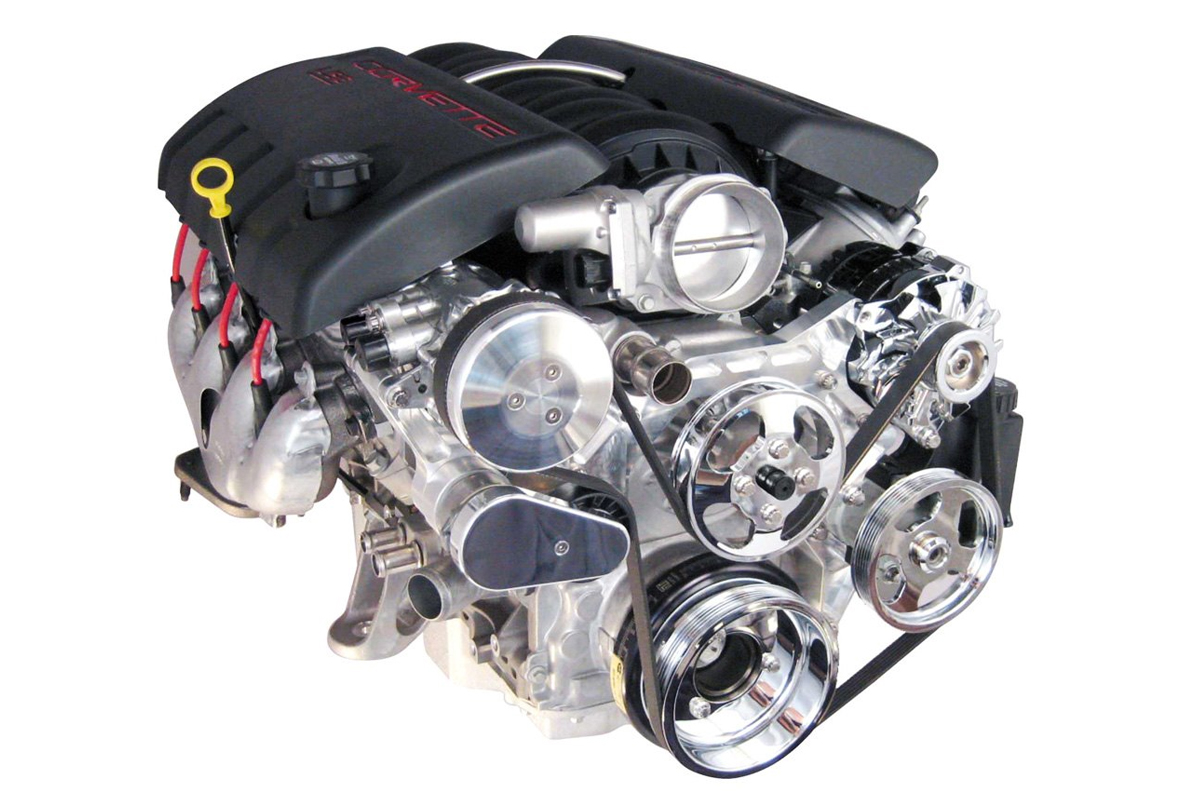 Another time when electric fans are used is when a front drive system is used, such as Vintage Air’s Front Runner system, which uses a serpentine belt system to drive all components. These systems typically won’t have a provision for using the mechanical fan, so a single or dual electric fan must be used. As with many of our applications, a shroud for the electric fans is available and should be used where applicable. We don’t typically recommend or offer a auxiliary (pusher) fan if your system is cooling properly.

If you do choose to add an auxiliary fan to assist with cooling, it’s not necessary to have that fan on at all times when the A/C is on. “There really isn’t any reason to run the fan when the vehicle is running down the highway,” Rick said. “Ram air will provide sufficient airflow if all proper ducts and inner fenders are in place.” When one is added, he recommends connecting an auxiliary fan in the same manner as a primary cooling fan: to be triggered with either temperature or pressure, and not full time. 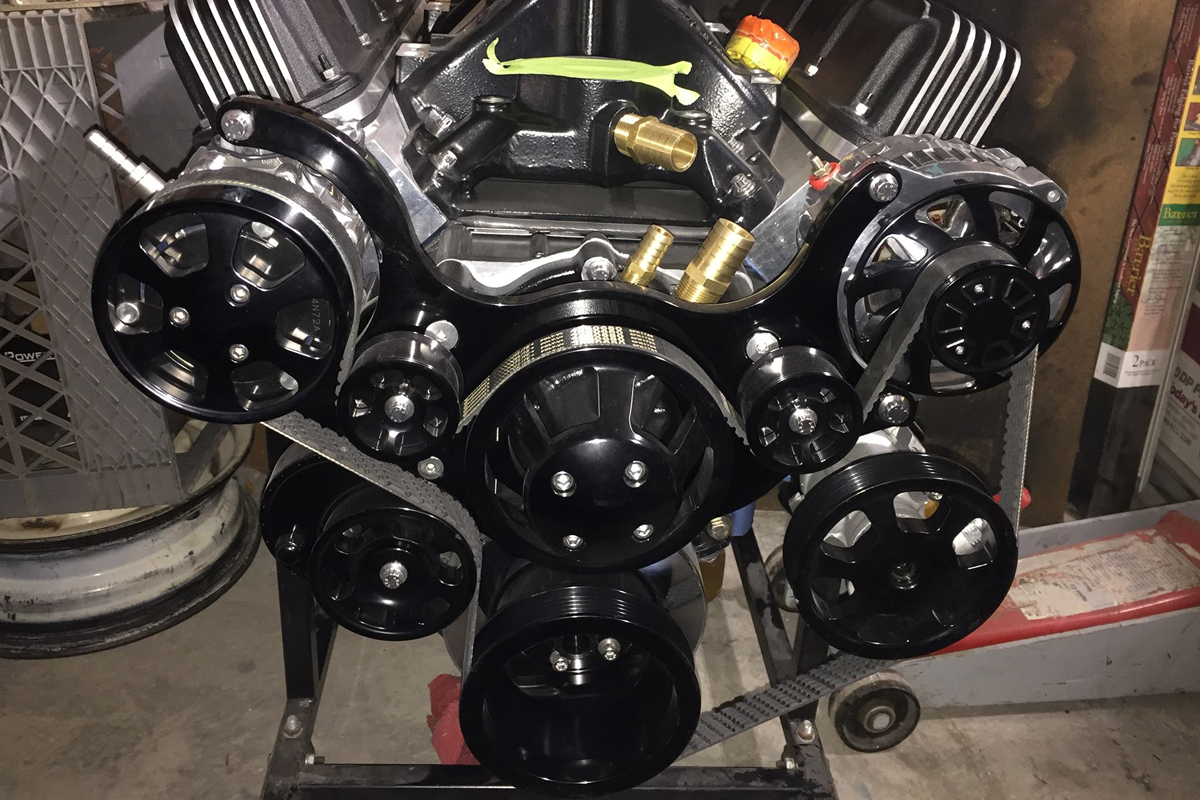 As with any cooling system, a properly functioning system will provide the best cooling. If you have a problem with cooling, find out if it’s an air flow issue (not enough air being pulled through the radiator) or a coolant flow issue (failed pump or blockage). And if you’re considering installing an A/C system in your classic car or truck, be sure to contact the manufacturer and let them know what you’re putting it in and their sales team will make sure you get the right components for your vehicle.

Rick tells us, “We encourage customers to contact Vintage Air for any questions or concerns about their A/C system, or to purchase a new system. Our staff will be glad to help!”